FC Dynamo Kyiv president Ihor Surkis admitted that he was "reaching for my tranquilisers" last night as his side came close to bowing out of Europe against Drogheda United FC...

FC Dynamo Kyiv president Ihor Surkis admitted that he was "reaching for my tranquilisers" last night as his side came close to bowing out of Europe against Drogheda United FC.

Having won 2-1 in the Republic of Ireland, Dynamo did not expect much of a battle at home against Drogheda, but the Irish champions twice came from behind to earn a 2-2 draw, and would have won the game – and earned a prestigious third qualifying round tie against FC Spartak Moskva – if they had been able to score a third in the closing minutes in Kyiv. 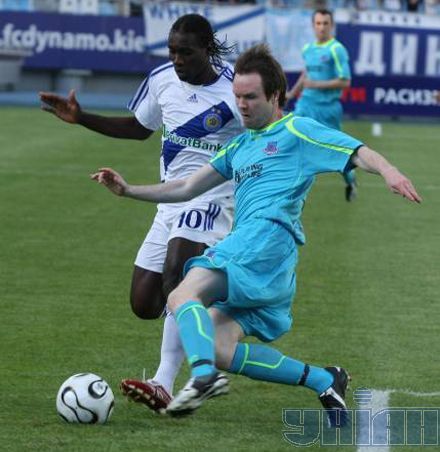 `Even if it kills us`

"Until 85 minutes it was all under our control, but then I was reaching for my tranquilisers," said Surkis. "It could be a test of willpower before we face Spartak. I am as disappointed as the fans are. We should forget this nightmare quickly and prepare for the trip to Moscow. The coaches and players know that we must beat Spartak. Even if it kills us, we must get past them."

The club`s Russian coach Yuri Semin admitted his side had ridden their luck. "We were in control for most of the match, but we could not rebuild after their late substitutions," said the 61-year-old. "The tall players who came on could have scored the winner. We had problems taking our chances, we lacked confidence in dealing with their crosses and our goalkeeper, Taras Lutsenko, was far from perfect." 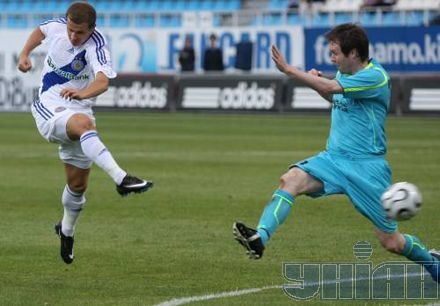 The clash with former Soviet rivals Spartak is massive news in Ukraine, with the first leg in Moscow next week sure to dominate headlines, but Semin put such concerns aside to praise Drogheda. "The Irish were very well prepared physically and have strong spirit." He also referred to Rangers FC`s defeat against FBK Kaunas, saying: "You shouldn`t be so harsh on us. At least we got through." 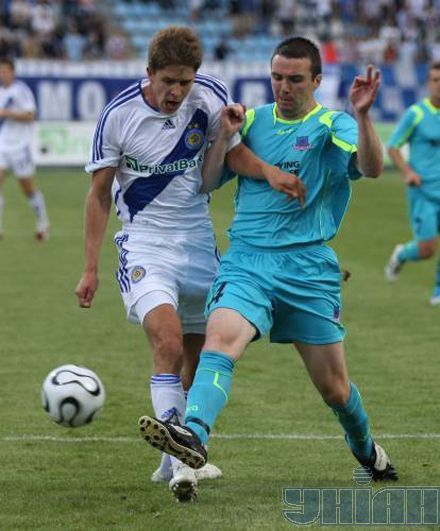 While Drogheda are out of Europe, manager Paul Doolin felt proud of his side. "People said that we would be beaten 4-0, 4-1 – we should have won," he said. "Dynamo showed us a lack of respect by talking about the Spartak match. I also felt that their assistant coach was wrong to say that we play `simple football`. Well I will take simple football any week. We always believed we had a chance and we had because we did things

By Igor Linnyk from Kyiv, UEFA