At the time of a global pandemic, wars always tend to subside as adversaries stop shooting, but not this time. Covid-19 is changing the planet, changing our habits, but armed men on the other side of the contact line in Donbas never changed their plans – at least with regard to Ukraine.

"I'm used to seeing covered faces on the front line. But it's for the first time that I'm seeing our troops in the trenches covering faces with medical masks," says TSN Weekly's war correspondent Andriy Tsaplienko.

Soldiers say that they are already used to wearing medical face masks both as they dig trenches and fight in combat. However, wearing masks is now more like following an order than a conscious step of self-protection. One thing is seeing the enemy in the crosshairs and the other – is ensuring protection against an invisible threat. Ukraine's defenders are just beginning to get used to it and some still say they do not believe in the scale of the epidemic too much, suggesting that the coronavirus is too vague a threat to life unlike incoming bullets.

"As for the coronavirus, we have not seen things like that here. So we aren't paying attention," a soldier on the front line says. "People just got stuck to the coronavirus and forgot that the war has been ongoing in the country for years."

Maintaining quarantine rules in field conditions is a daunting task. The new realities have just begun to take hold.

According to Andriy Tsaplienko, in a classic two-person dugout, safe social distancing is impossible. Even a protective mask won't save from the disease. "So the only way out is not to let the coronavirus get into Ukrainian trenches," he said.

Volunteer Vitaliy Deynega believes that completely shielding the Army from the coronavirus is an unrealistic task: "It is impossible to save the Army from an epidemic. An epidemic in the Army can be stretched in time, making consequences less fatal for those it affects." 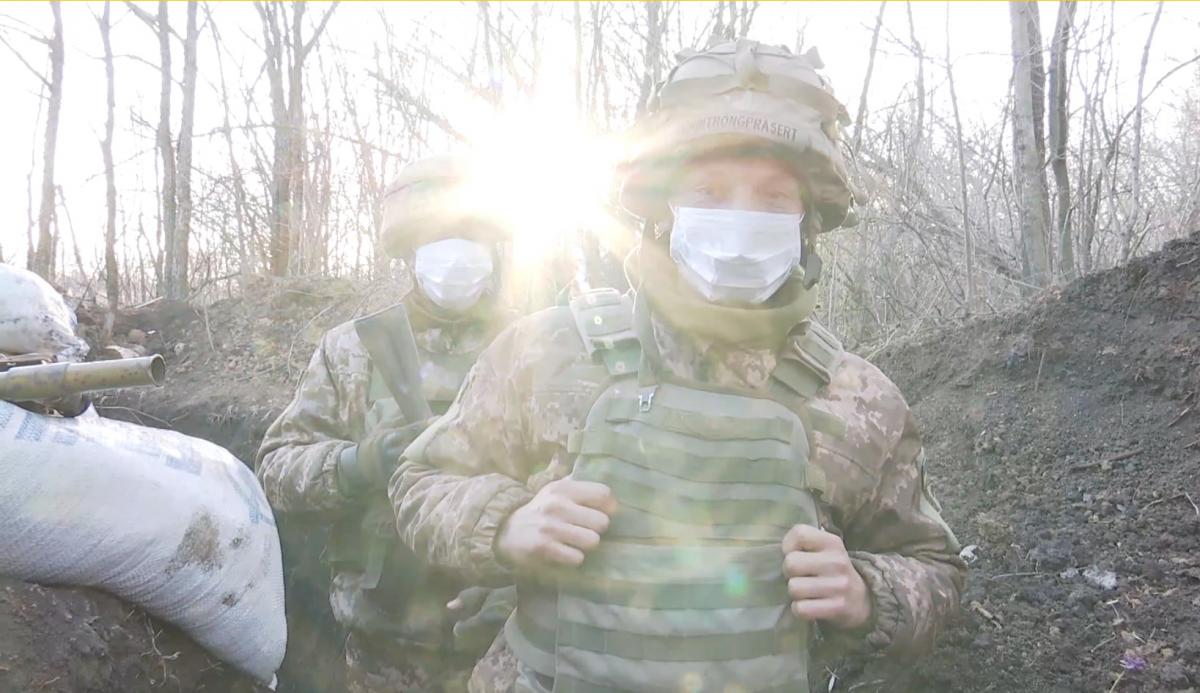 He sends to the front line sampling systems for the first thousand coronavirus tests. Due to their limited number, only those will be tested who are in contact with a large number of people. "Our job is to find a super-distributor, that is, to test those who have the most social connections, from battalion commander to commander of forces," he says.

Now the fighting will be two-dimensional in Ukrainian trenches...

Meanwhile, Russia has launched an offensive in another domain. Panic against the backdrop of global lockdown is a good time for the Kremlin to fulfill its main task of having sanctions lifted. Global pandemic is playing in Russia's favor. This is what the Kremlin's strategy looks like today: first, having the sanctions lifted, then putting all of Ukraine back in the area of ​​Russian influence.

"I don't think coronavirus is able to stop Russia," says Maryna Danyliuk who lives in a frontline village of Shchastia.

So far, Russia has been successfully stopped near Shchastia. At present, enemy troops occupy the area across the river bridge. However, the Russian side, both in the Minsk and Normandy formats, demanded that forces be disengaged here and open a car crossing be opened to connect the village with the occupied territory. In fact, Russians are interested in a local strategic facility – a thermal power plant. It provides energy throughout the north of Luhansk region. According to the Russian plan, the station falls into a possible disengagement zone.

"Indeed, the station could be seized, so the disengagement of troops could provoke military action," said Serhiy Tkachenko, a war veteran who also lives in Shchastia. "The whole Stanytsia Luhanska district and all our troops will be cut off there."

The Ukrainian side has so far only agreed to open the crossing. The pandemic allegedly slowed down these plans, but never canceled them. 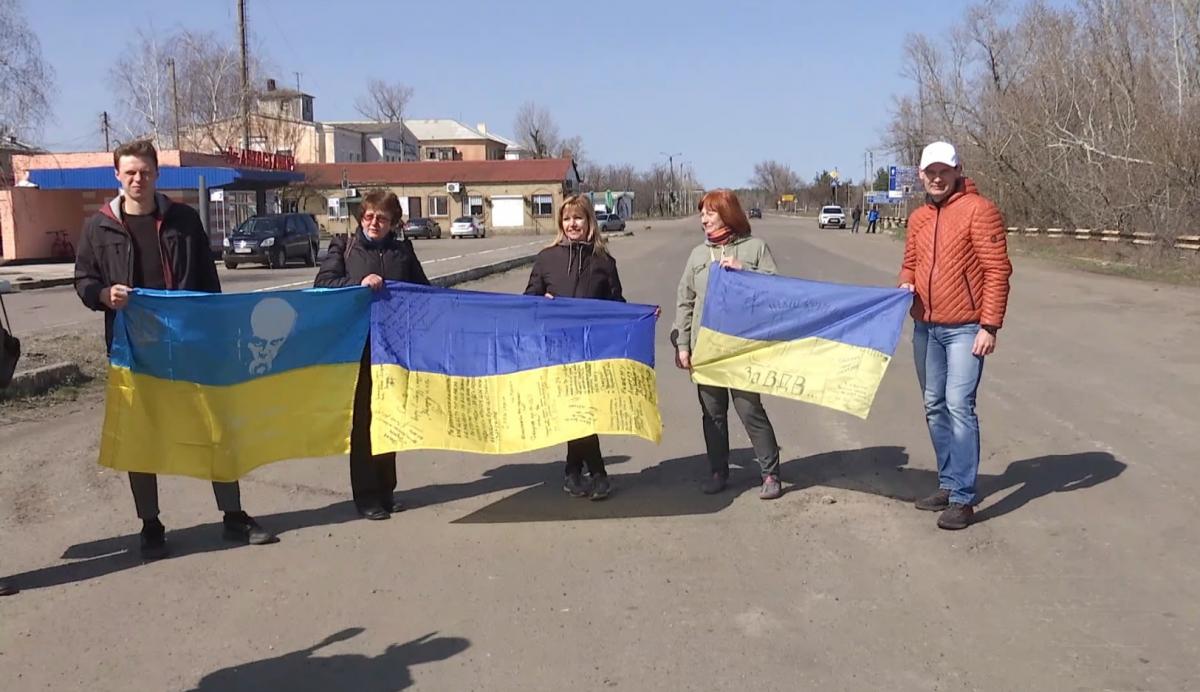 Local residents believe that disengagement cannot be avoided. If that happens, they will have to leave everything behind, pick up their kids and grandchildren, and flee.

To implement its plans, Russia is acting globally, not just in the Ukrainian East. The Kremlin intends to take advantage of EU's weaknesses.

The whole world was stunned by the deployment of a Russian military "medical" team in Italy. Europe has not seen anything like that before: Russian army boots on the concrete of a NATO air base. Italy, which is seeing the highest virus death toll, says it has been forced to accept help from Russia. Eight military teams arrived in Bergamo on Thursday along with the "aid" cargo. But what's the real purpose of Russian military virologists coming to a NATO territory?

"As for military virologists, I find it ridiculous because, of course, there are some virologists, but there aren't many of them," says Doctor of Medical Sciences with the Institute of Epidemiology and Infectious Diseases Alla Myronenko. "If they did this, there was probably some other purpose."

Germany's Bild has revealed that the Italian prime minister has agreed to accept Russian military assistance under pressure from the far-right pro-Russian Lega Nord party. The influential Italian newspaper La Stampa was the first to say: "Among Russian supplies, 80% are absolutely useless or not very useful for Italy."

"Russia is only here to wave its flags," sources in Italian military circles told Bild. 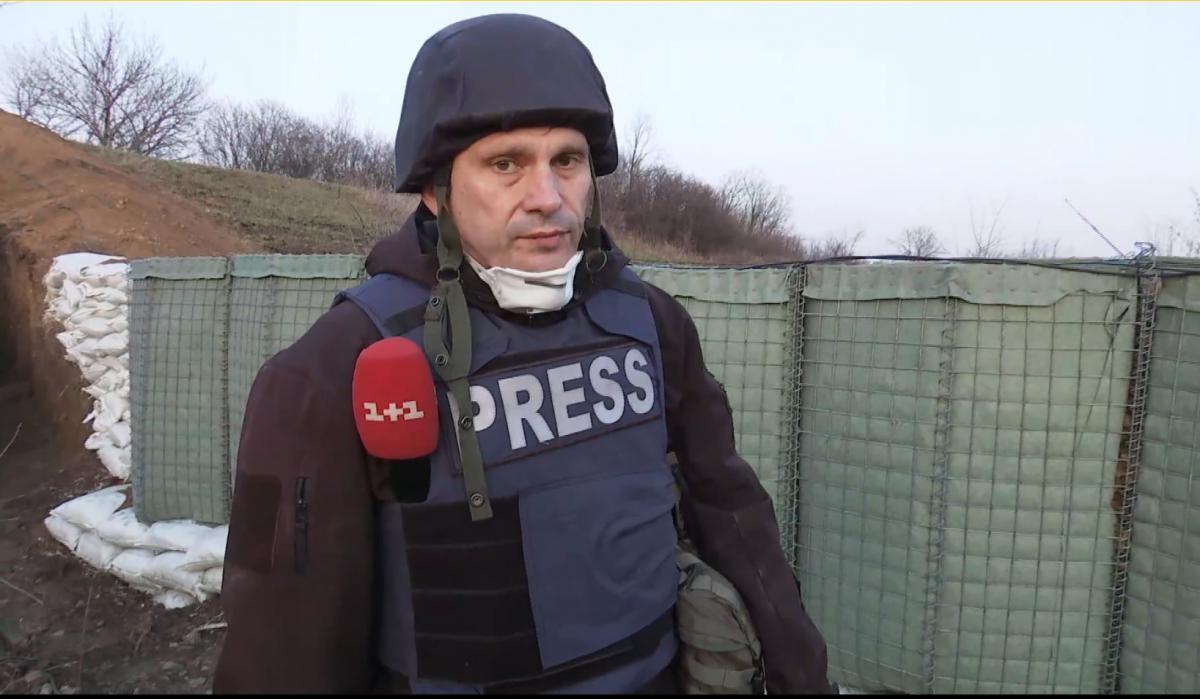 "One hundred percent of Russian equipment is something that Italy doesn't need. It's about what we're seeing – large vehicles, trucks, hospitals – and there comes a seeming perception that Russia is doing something important. Instead of arriving at Bergamo right away, they make a powerful march across Italy, and I agree that this is just a large-scale PR campaign ... The Russians have sent a unit dealing with protection from weapons of mass destruction that disinfects combat units, not dealing with a pandemic. We do not need a laboratory for analyzing substances from weapons of mass destruction. We don't need disinfection trucks either. Russia is only here to wave its flags. This is a PR campaign. It's not 80%, it's 100% of material they brought that's useless," Julian Roepke wrote for Bild.

But as soon as the Italian press declared it, a swarm of pro-Russian bloggers in the West rushed to support Russia.

However, we saw what exactly this act was staged for shortly after the Russian leader's appeal to the G20 calling for the lifting of sanctions. Putin is trying to take up a role of a philanthropist and under the pretext of being a rescuer, to have Russia sanctions lifted. "It is now very important to provide access to financing for countries that are particularly in need," Putin said.

Italy is the weakest link in the European Union on the issue of sanctions imposed on Russia over the aggression against Ukraine. A large number of local pro-Russian politicians have been lobbying for sanctions to be lifted even before the coronavirus pandemic broke out.

Today, a narrative is being widely spun in Italy, claiming that "the European Union has given up on us in times of trouble. Russia will save us."

For now, Russia's hybrid attack in the EU, where the novel virus is raging, has failed as sanctions remain in place. However, the global pandemic is only gaining momentum. And the Kremlin's strategists will not stop trying to profit off of Europe, weakened by disease.