Kyiv hosts the annual international exhibition Arms and Security - 2016. This is the 13th arms expo held in Ukraine, which in its scope beats all previous ones.

Companies, both the Ukrainian and foreign ones, have presented their best products, while the visitors could easily get lost in the pavilions full of armored vehicles, APCs, IFVs and numerous racks with a variety of small arms. According to the organizers, the expo brought together more than 400 participants from 13 countries.

The opening was attended by NSDC Secretary Oleksandr Turchynov, Defense Minister Stepan Poltorak, and the Minister of Internal Affairs Arsen Avakov, while dozens of foreign delegations came to get familiar with the newest products of the Ukrainian defense industry.

As Turchynov stated during the opening ceremony, Ukraine had managed to promptly restore combat capacity of its army, making it one of the most efficient forces in Europe. The NSDC secretary reminded the Western partners that our army is an outpost of Europe’s eastern border against a hostile state.

"There is Russia, which invaded the Crimea and which is now waging war in Donbas, destroying residential areas in Syria with its air force, burning down humanitarian convoys, placing offensive missiles in Kaliningrad region. What other arguments are needed to prove that the aggressor should not be persuaded, that the aggressor must be stopped? And today, in the east of Ukraine, the aggressor is stopped by the courage and professionalism of our troops," said Turchynov.

NSDC secretary said that the expo showed how much Ukrainian defense industry has grown over the past few years.

Defense Minister Stepan Poltorak, although pleased with the exhibition, stated that the majority of products showcased have not yet entered production stage.

"What I saw today is only being developed. I want all of this to be production versions,” the minister said. “We need to move to the final point, when the armed forces are finally able to get this equipment. Now there are some good samples, but we have to work very hard. Businesses, if they want to take part in rearming the armed forces, need to work much harder than they are, now. We’ve got not that much of a finished product."

UNIAN offers its readers to get familiar with the most interesting exhibits.

The most ambitious presentation at the expo was that of Praktika scientific-production association, which showed more than 10 types of armored vehicles. The headliner was APC Otaman, first presented to the public. 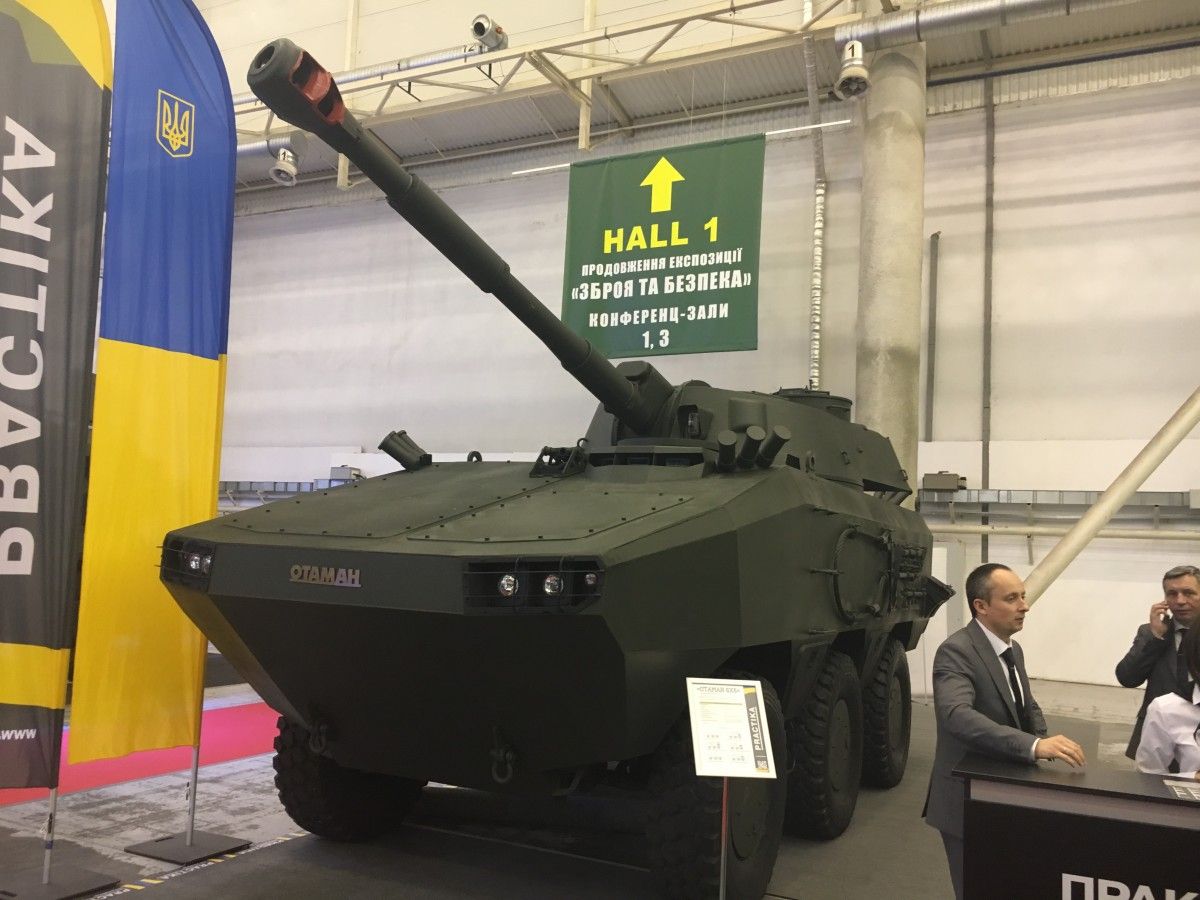 According to company officials, the main difference between Otaman from its predecessors is the development of a completely new wheeled 6x6 platform. According to the developers, the APC is made in line with western standards and almost completely produced using imported spare parts. The engine is by Germany’s Deutz, transmission is by Allison. Optics, headlights, and suspension are also imported. The only part that is "domestic" - is weapons. The showcased APC  has an installed 122mm gun from a self-propelled howitzer Gvozdika. However, according to developers, any other type of weapons can be installed, ranging from an artillery piece shells to a heavy machine gun.

In addition to a 6x6 Otaman, Praktika also designed an 8x8 combat vehicle, although it is just a deep modernization of the BTR-60 APC.

The new RWS ensures automatic guidance of the gun, keeping the target locked regardless of the vehicle’s position change as it drives and providing an automatic target tracking. 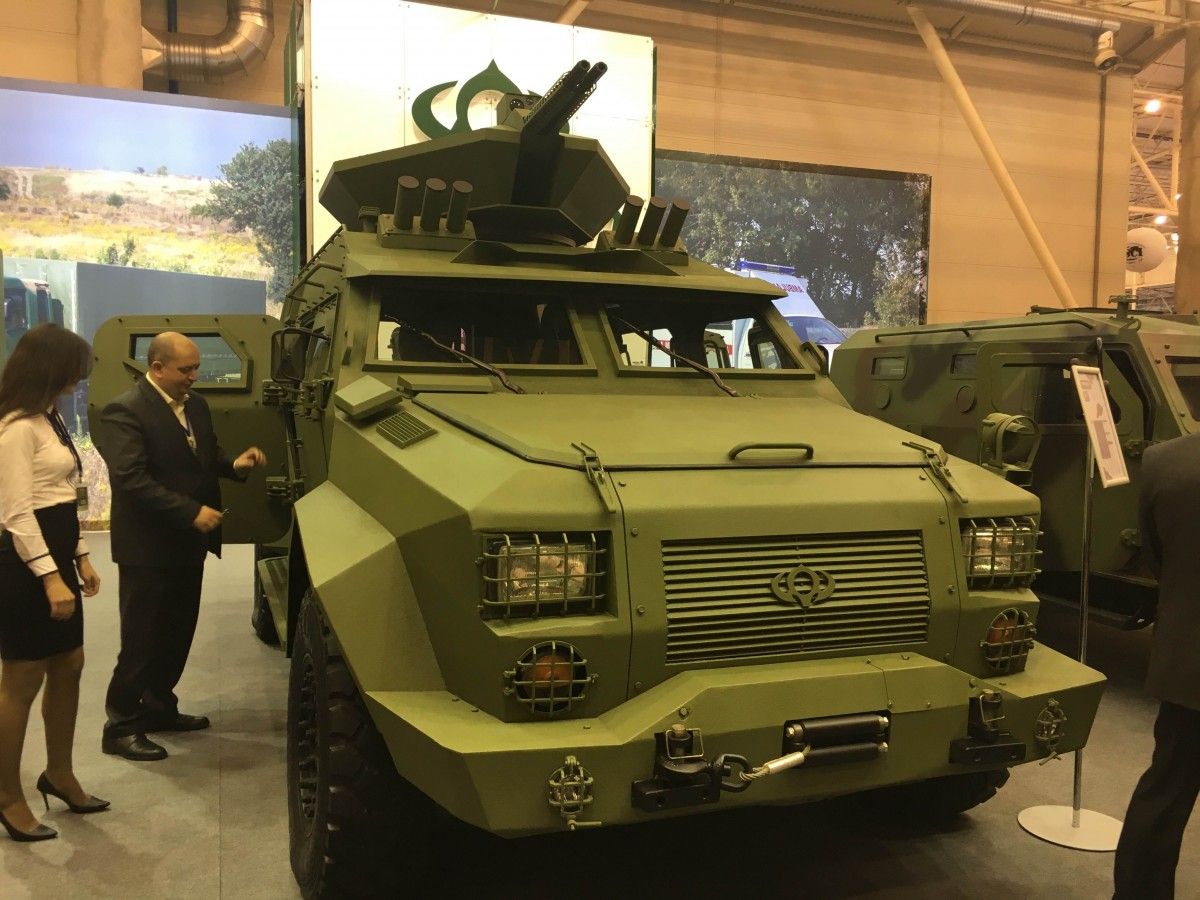 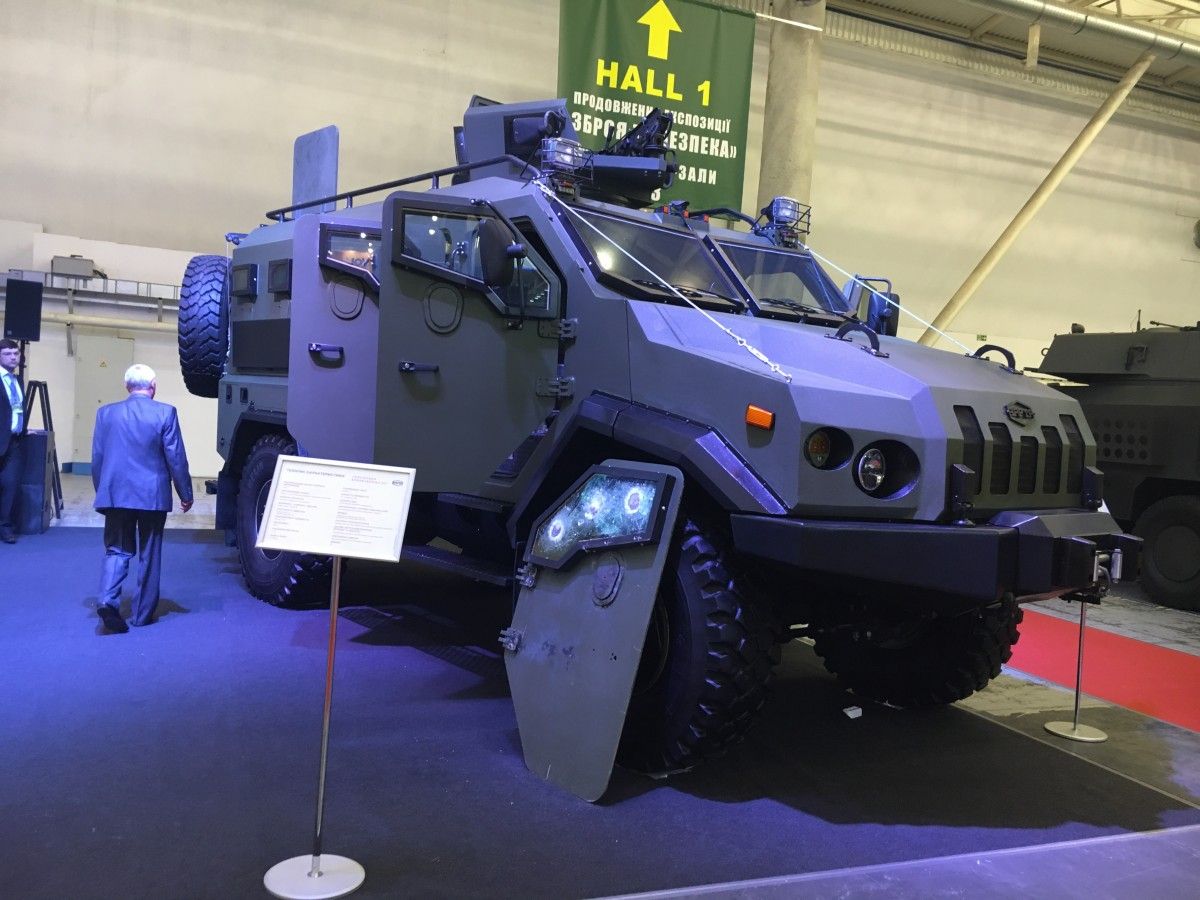 A 4x4 variant is made on MAZ chassis and is designed for up to 10 people. According to the developers, the body is made of Swedish steel and can withstand penetration of 7.62 mm armor-piercing bullets at 10 meters. Also, the armored vehicle has anti-mine protection and can withstand a blast load of 6kg of TNT. 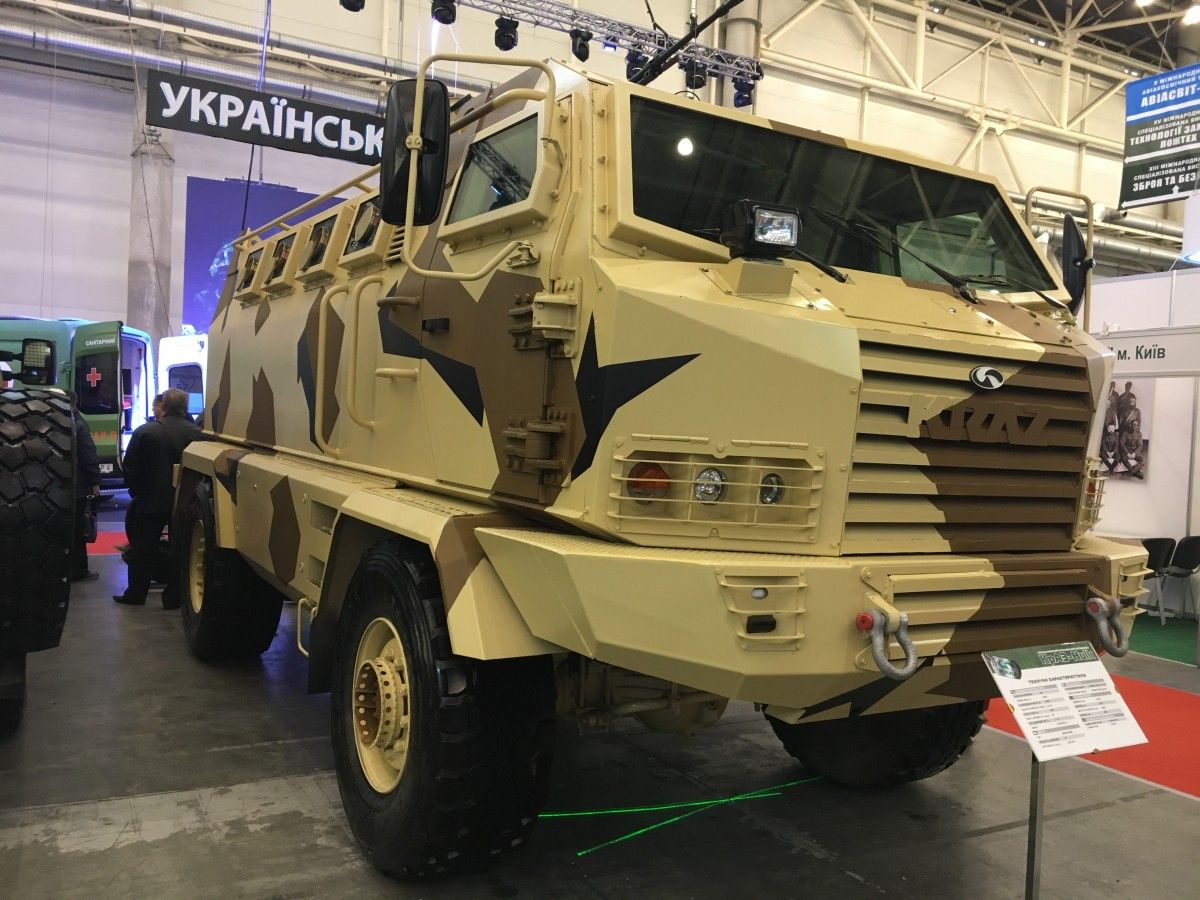 According to the developers, it will join a family of the company’s armored vehicles Uragan [Hurricane], Shrek, and Fiona. Nevertheless, the new armored vehicle has a number of differences. Thus, according to developers, its main difference is the lack of a frame. All the units are mounted directly on the body. The weight is also reduced from Shrek’s 18 tonnes down to 16 tonnes, which improves its performance in terms of ergonomics and terrain.

Leninska Kuznia shipyard, owned by President of Ukraine Petro Poroshenko, had quite an unusual presentation this year. The company, which specializes in the development and production of aquatic equipment, within the past few years has also mastered production of weapons and armored vehicles. 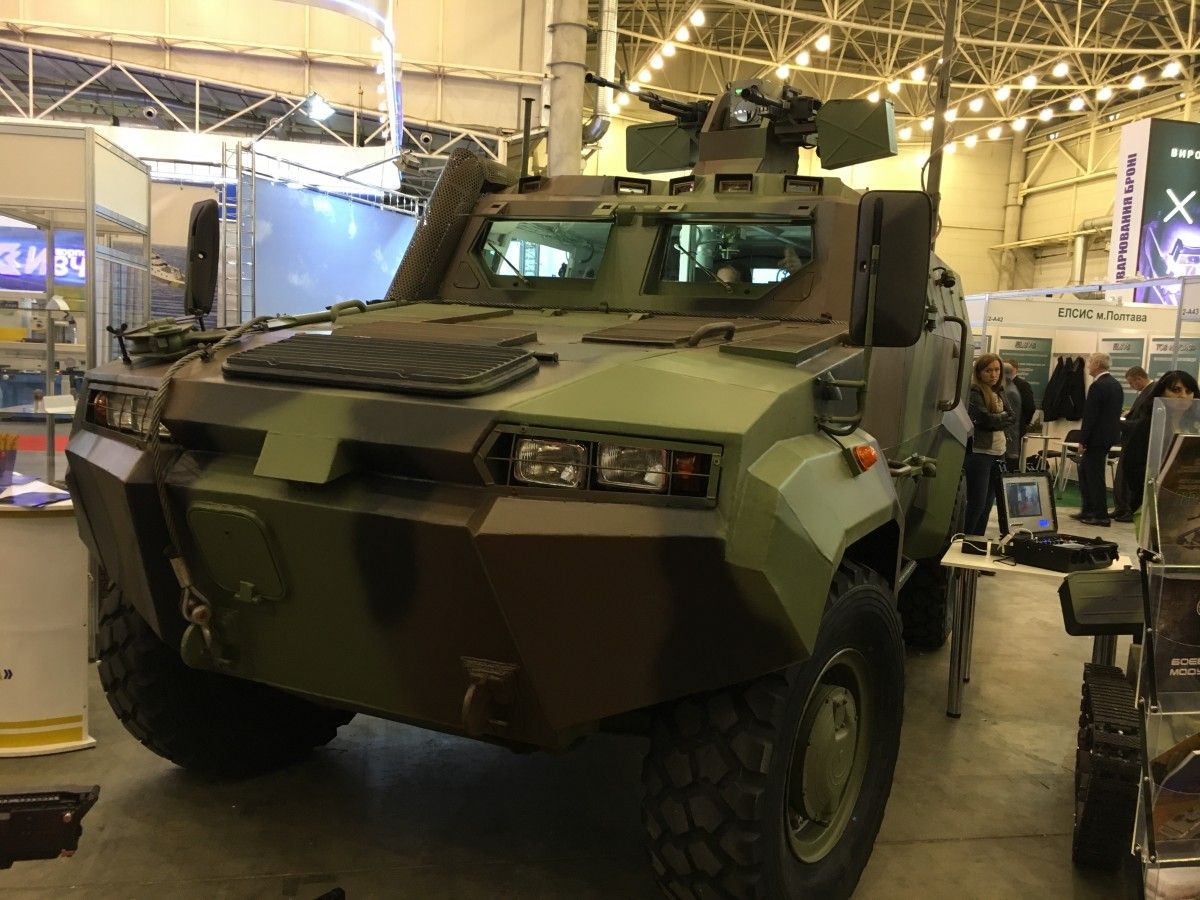 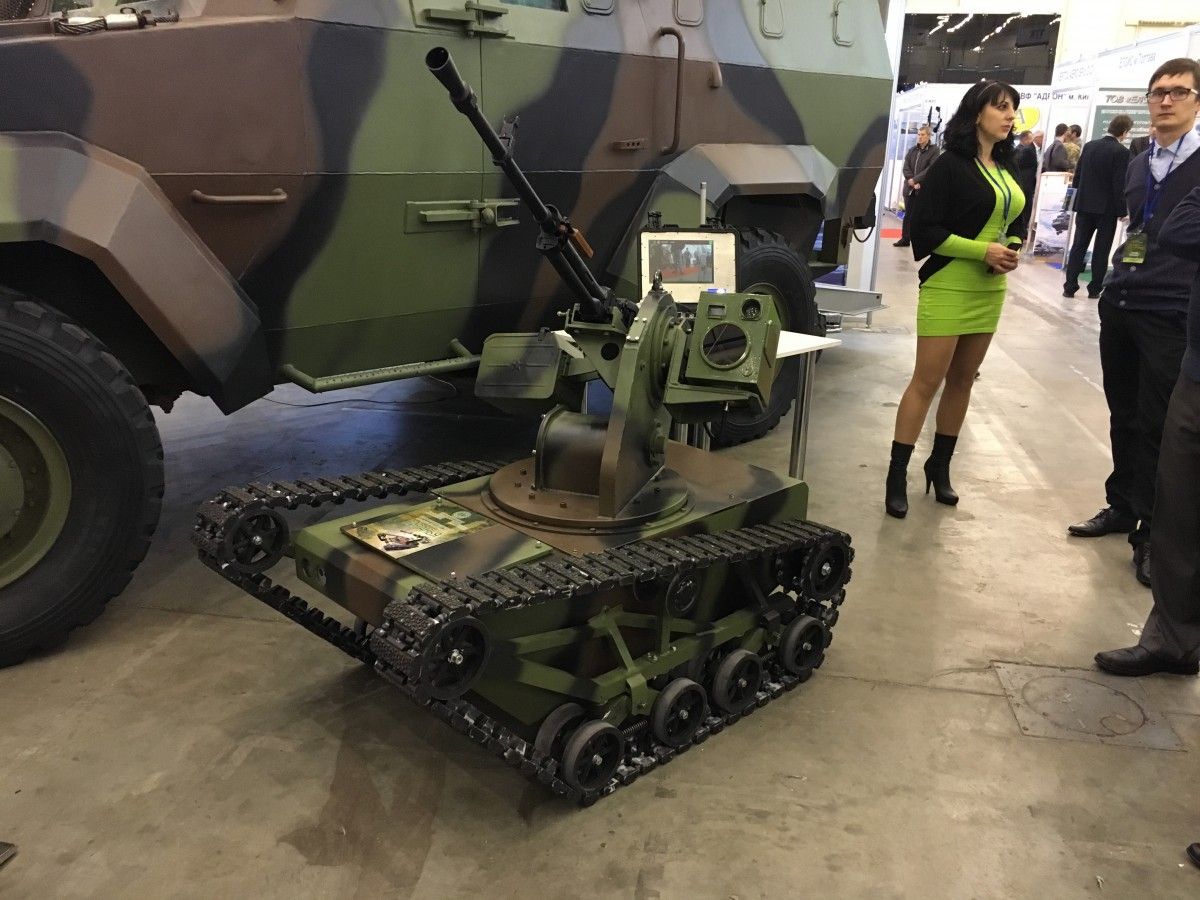 Piranha was shown to the public for the first time. The designers say that the main functions of the robot are to transport cargo and WIA, deliver weapons, go on reconnaissance missions and support infantry with fire.

Piranha’s main weapon is a 12.7 mm machine gun, but it can be changed to a 40 mm grenade launcher. The range of the unmanned vehicle is 10 km on wireless control and up to 2 km via the cable.

Exposition of the state concern Ukroboronprom, which unites the major defense companies of the country, showed some well-known products.

In particular, there was a UAV Phantom, presented late August; BTR-4 and BTR-3, already used in fighting in the Anti-Terrorist Operation; and Dozor armored vehicle. 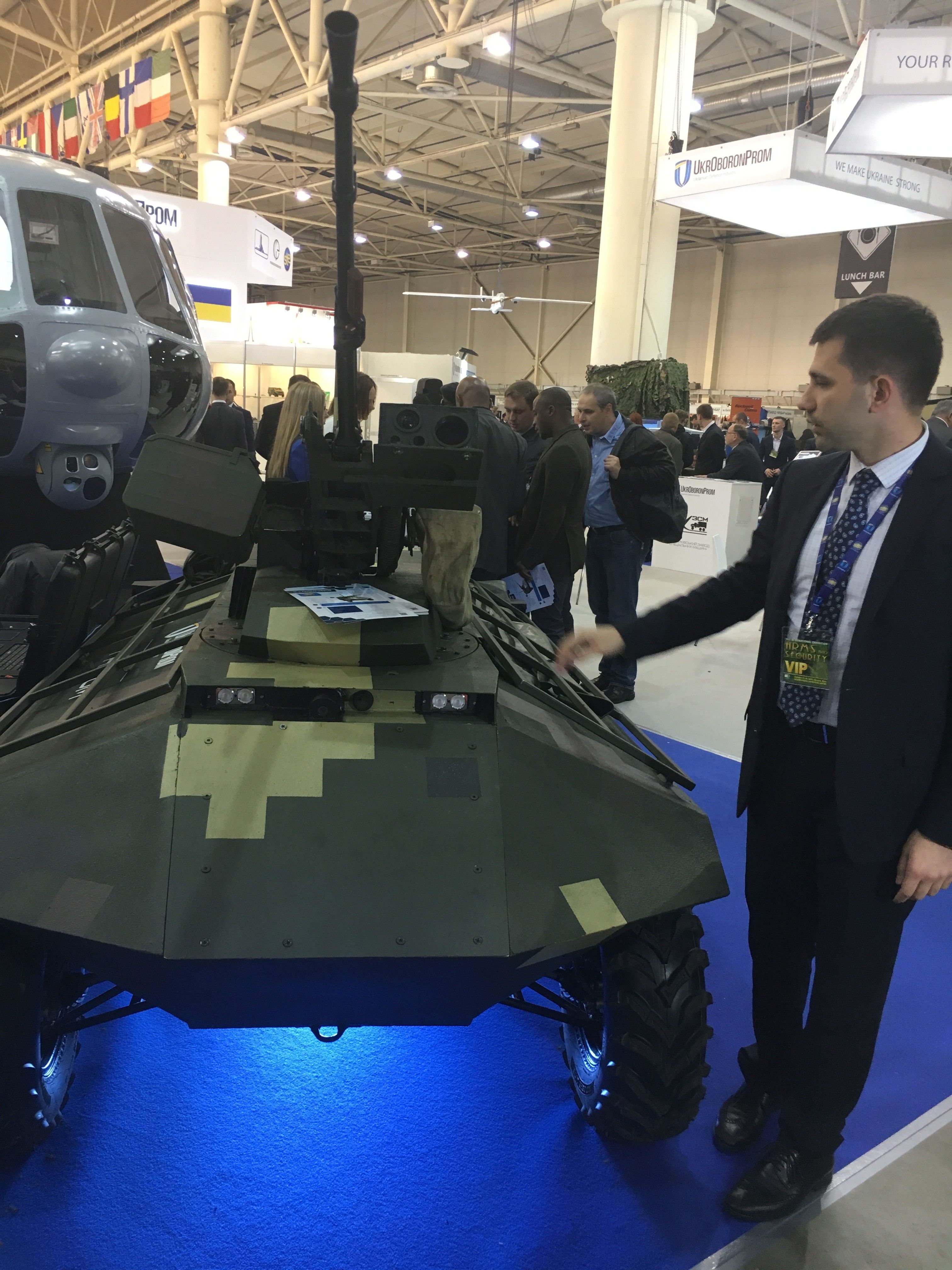 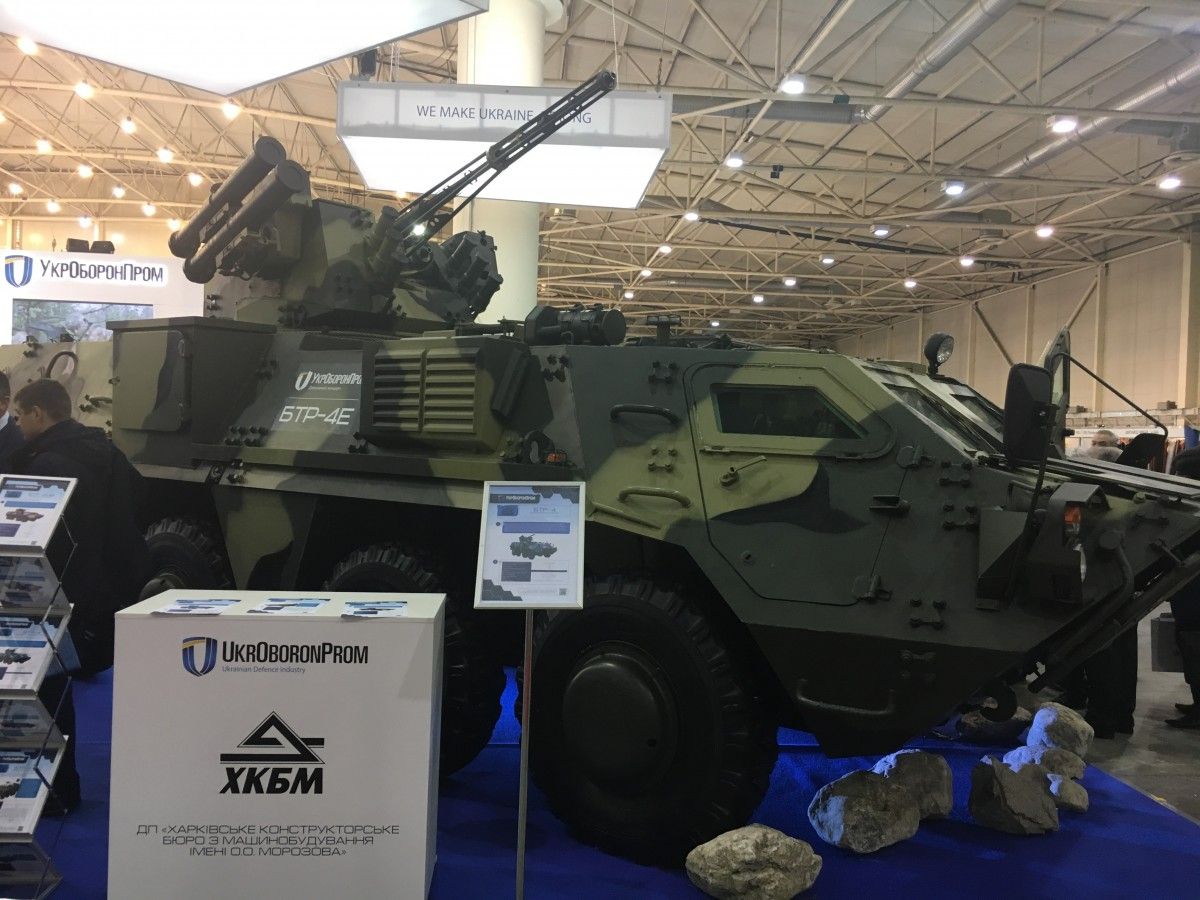 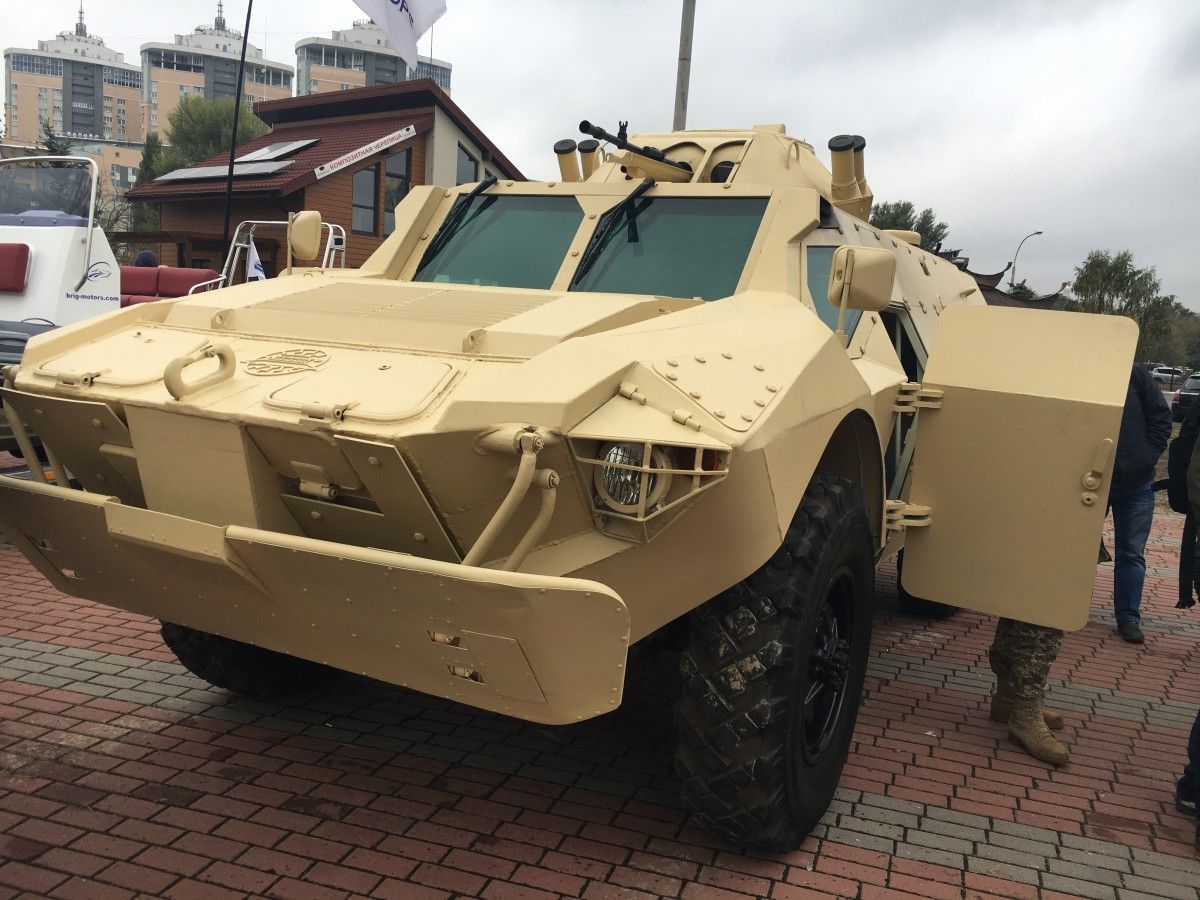 Just like the main battle tank Azovets, modernization of the vehicle was carried out a personal expense of the engineering group. However, it was done upon the agreement with the Ministry of Defense. In the near future, the vehicle awaits factory and military tests, after which the relevant departments are to make their verdict on the prospects of this Ukrainian military machine.

The stands of two rocket design bureaus did not differ much from their previous expos. Besides, the companies’ officials refused to comment on their developments to the press. Luch presented the already-known Stugna, Falarick, Konus, and Combat anti-tank missiles as well as air-launched air-to-air missiles. 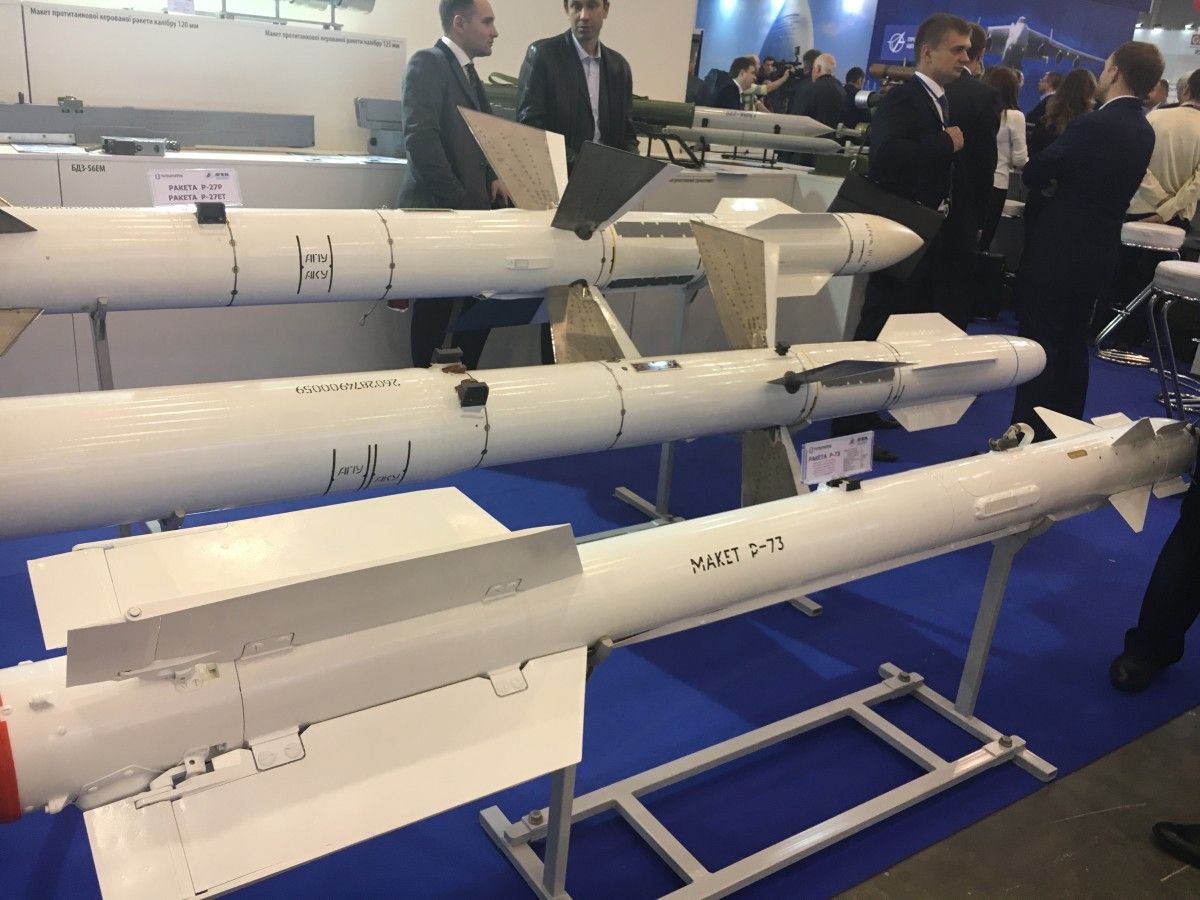 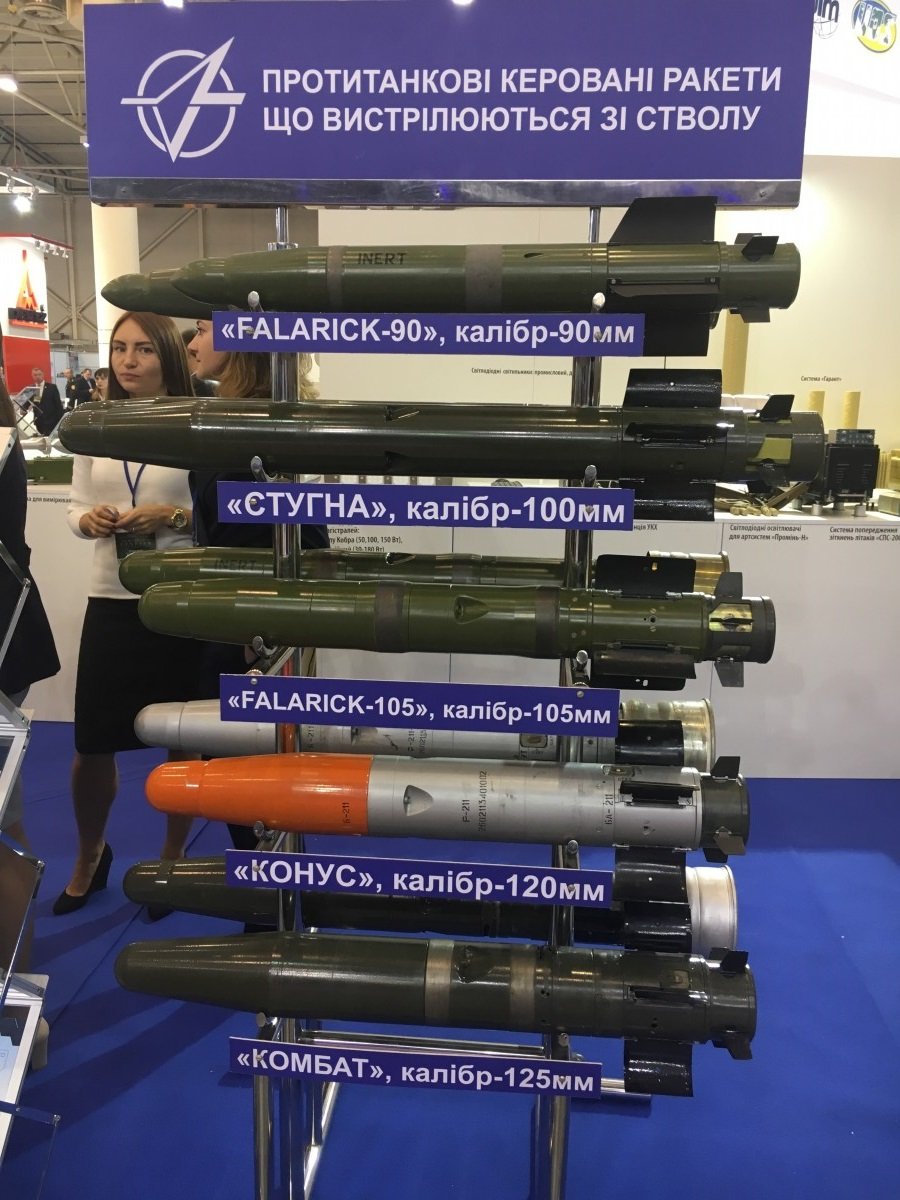 Design Bureau Yuzhne limited itself to layouts of missiles under development, in particular, Korshun and a solid-fuel stage for the Grom missile. 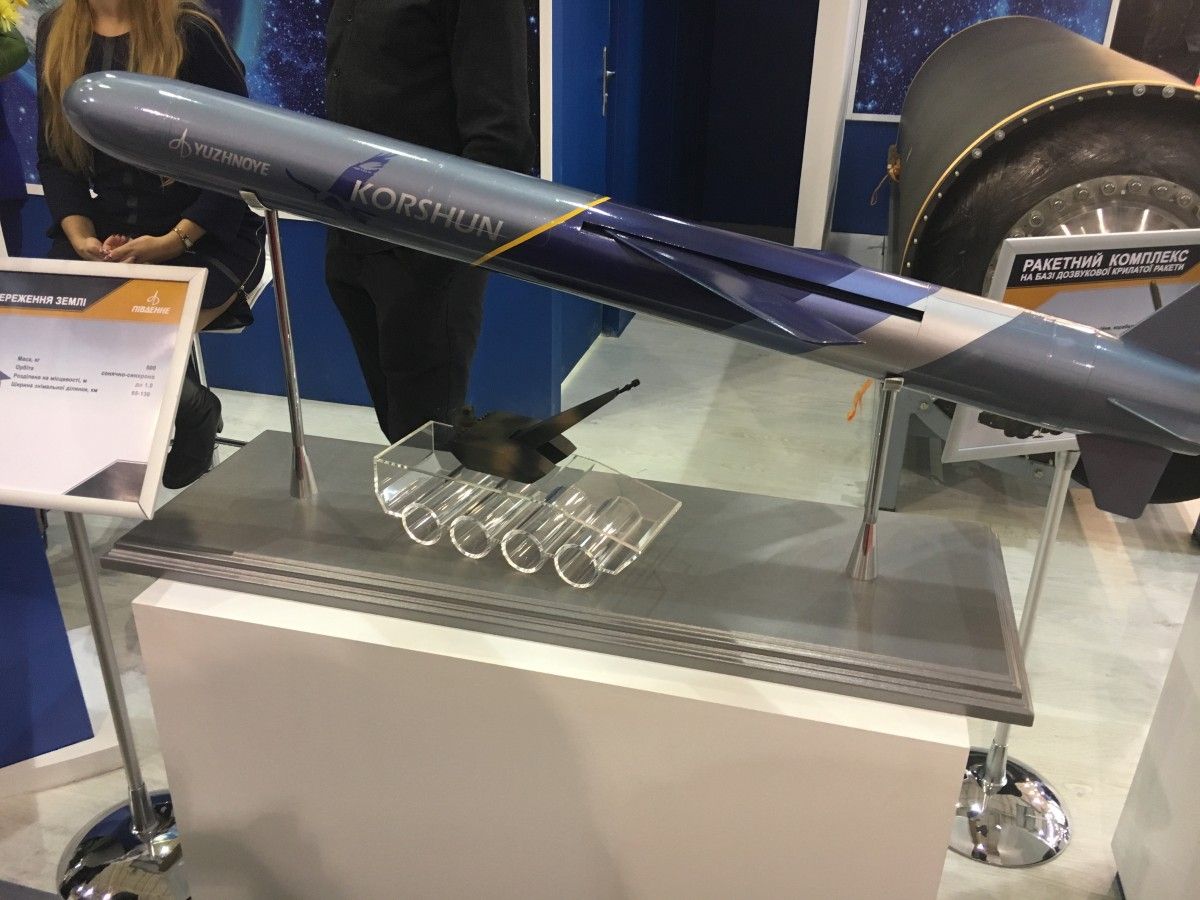 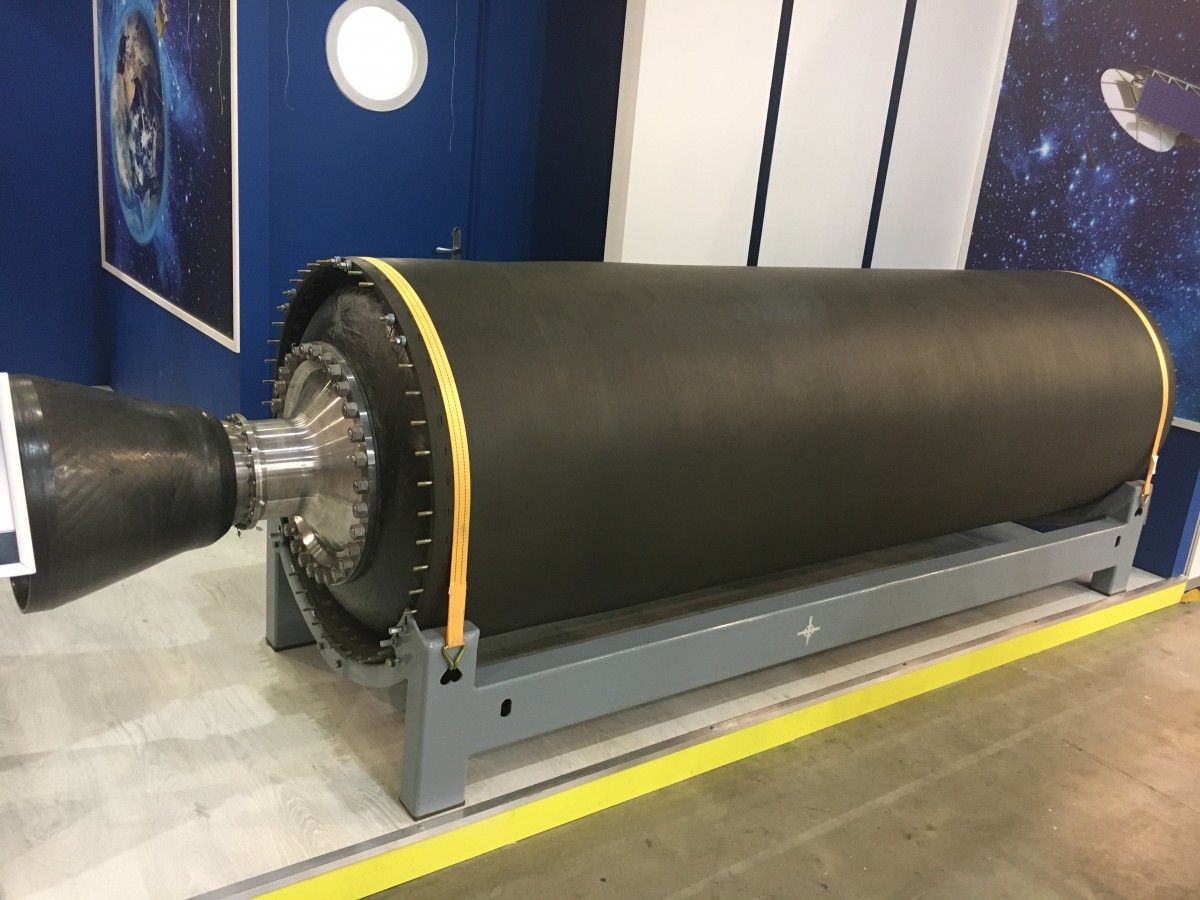 Besides heavy weapons, both the military and the experts showed great interest in the developments of the company called Stiletto. The company last month has already demonstrated its armor-piercing bullets, which can easily penetrate several armor plates. 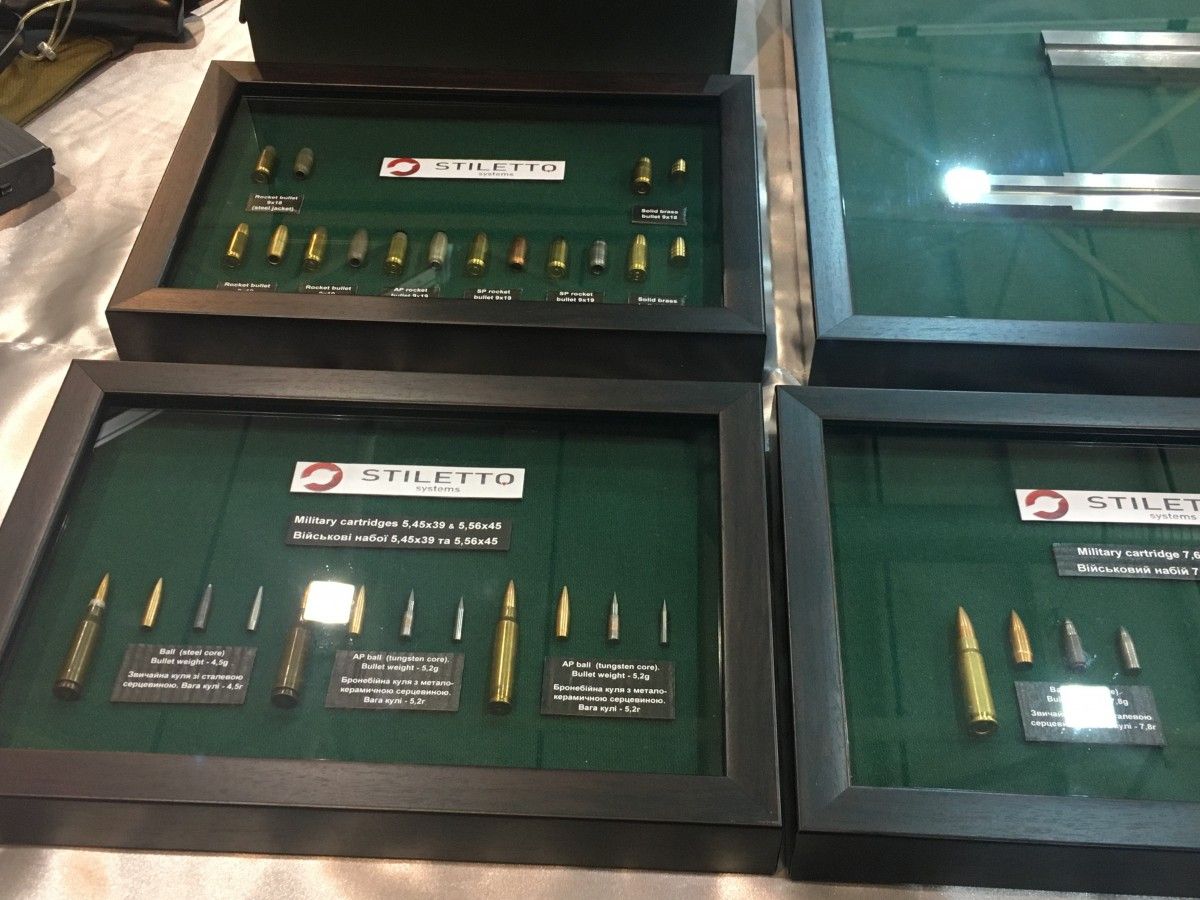 According to the developers, the new bullets perform the artillery functions – not only can only engage life force through their grade six body armor, but also penetrate and disable armored vehicles, such as armored personnel carriers and infantry fighting vehicles. The most modern armored vehicle Tiger of the Russian army, as developers say, cannot resist these bullets for sure.