Many believe that Ukrainian science has long been dead. Most likely, it is often the case in certain fields. But despite that constant whining of national scientists claiming their work lacks demand, there are sectors where they not only should but must make greater efforts, to gain global recognition and finally profit from their work.

One of Ukraine’s most urgent problems is demining, which the country has to perform at the line of demarcation with the temporarily occupied territories in Donbas. The country will also need it once it restores control of parts of its borders with Russia. "We could never imagine here in Ukraine that we would have to deal with humanitarian demining," Deputy Prime Minister Ivanka Klympush-Tsintsadze once said.

Indeed, it’s a tragic fact that landmines and unexploded ordnance in eastern Ukraine have become a common cause of deaths and injuries, including among children. According to UNICEF statistics, more than 200,000 young Ukrainians living within a15-km zone on both sides of the contact line in Donbas are facing this threat. Besides, the risk that the child may be hurt by a mine will only be eliminated when the Ukrainian land in the country’s east is liberated.

Ukraine is taking gradual steps in its demining efforts, but there is a problem with spotting all mines, particularly those invisible to metal detectors, mines that contain no metal whatsoever. The thing is that, despite the direct ban on the use of this type of weapons by a Geneva Convention (obliging any country which legally produces mines to add at least some metal to the product to the product something metal to allow identification while some mines can contain C4, some polymers, and even glucose), this document was signed by governments, that is state agents. But no state agents wage formally declared wars nowadays, so the Convention’s provisions cannot be applied. Unfortunately, modern wars are waged by separatist and extremist organizations, the so-called LPR, DPR, and ISIL. And they could not care less about that Geneva Convention.

However, there’s hope, or better say, belief, that all types of landmines will be found and disposed of. Recently, Ukrainian and Norwegian scientists with the support of NATO under the Science for Peace and Security program completed the first phase of development of a unique 3D mine detector.

The Alliance's Secretary General Jens Stoltenberg is regularly briefed on the progress of the project approved at the last year’s NATO summit in Warsaw. It is interesting to note that this is the only project in which Norway participates. 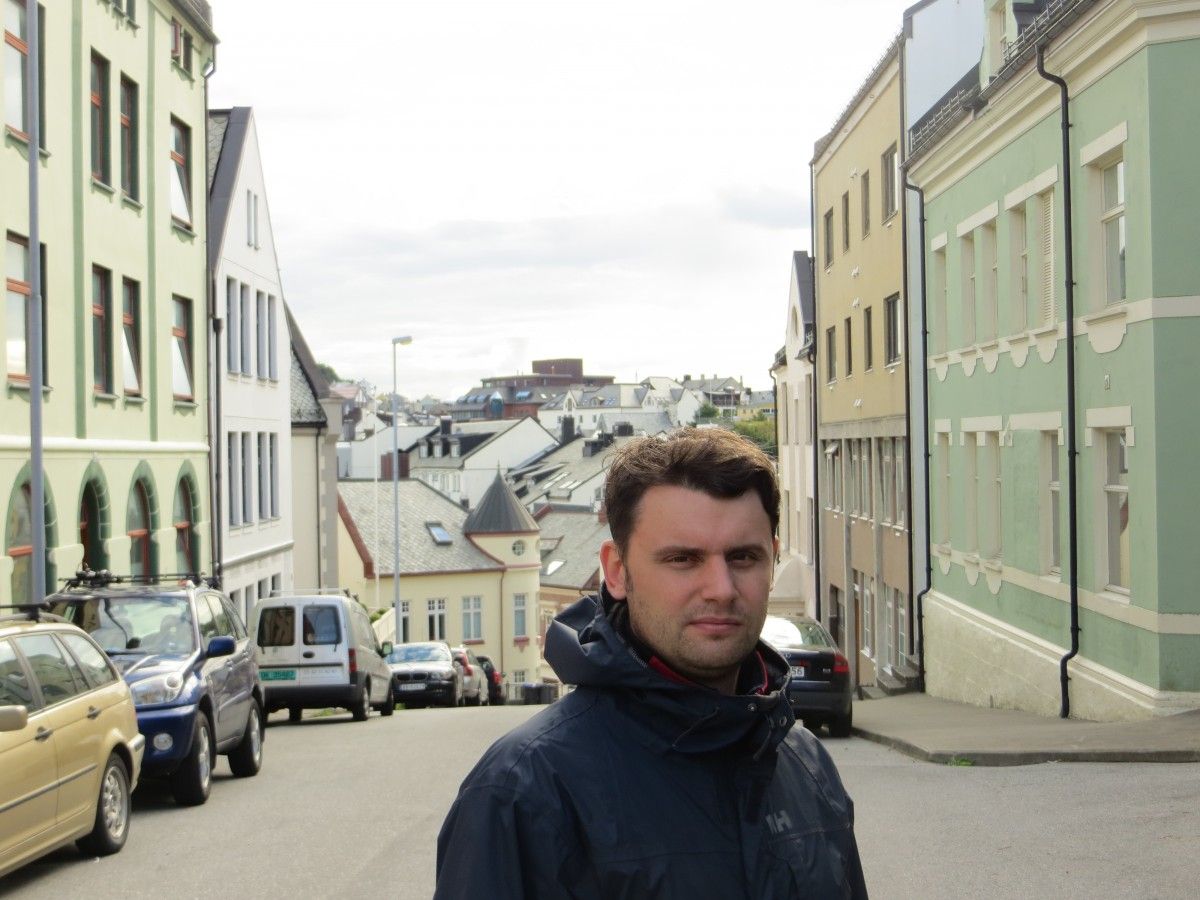 PhD student at Norwegian University of Science and Technology (NTNU) Yuriy Voitenko, who is the project coordinator and software developer, says the team members believe the new detector is a "super-innovation." "Today's mines are of different shape and appearance, which makes it more difficult to detect them. Our device allows to identify objects 0.5 meters underground, in almost all types of soil," he said.

Moreover, the detector enables minesweeping experts to not only find mines but also reconstruct their shape no matter the material it has been made of. The only obstacle for the device is water, Voitenko says: "Water is our enemy."

The scientist says that this will be the first mobile device of such kind  (weighing under 3 kilos) "because micro and nanoelectronics are key here." "Indeed, there are some analogs across the world, but they all are really heavy and must be installed on vehicles. But what we have here is a compact device that enhances safety, saves time and cost of the demining process," he said.

Speaking of what has been done in the first phase, Voitenko said the appropriate hardware has been manufactured.

"First of all, the printed circuit boards: one – with an integrated UWB transceiver, designed to work with ultrashort pulses, and another one that will deal with digital processing of signals received. Some serious maths will be involved here, to reconstruct the shape of the underground object and find a match in the database of mines, provided to us by our partners from Ukraine’s Ministry of Defense and NATO. This data will be used to decide on further action. That is, the hardware designed to emit and receive radio waves has already been made," he said.

The second phase will involve writing software that will breathe life into all of this. We assume it will take six to eight months. A prototype will then be produced for field testing, and in general, the first two phases have to be completed within 18 months, according to the schedule. Considering that ithe project was launched in August 2016, the work has been going fast.

According to Voitenko, one of the challenges in the first phase was the need to develop a special type of antenna. "We're working with ultrashort pulses, so it had to be compact and programmed. You can’t just buy things like that in a hardware store, it can only be custom made for a specific task, and it costs dearly. A highly-acclaimed Norwegian scientist Professor Lande successfully managed with the task. It was he who developed for us at the University of Oslo an extremely compact so-called antenna array, which may focus the energy of ultrashort pulses," he said. 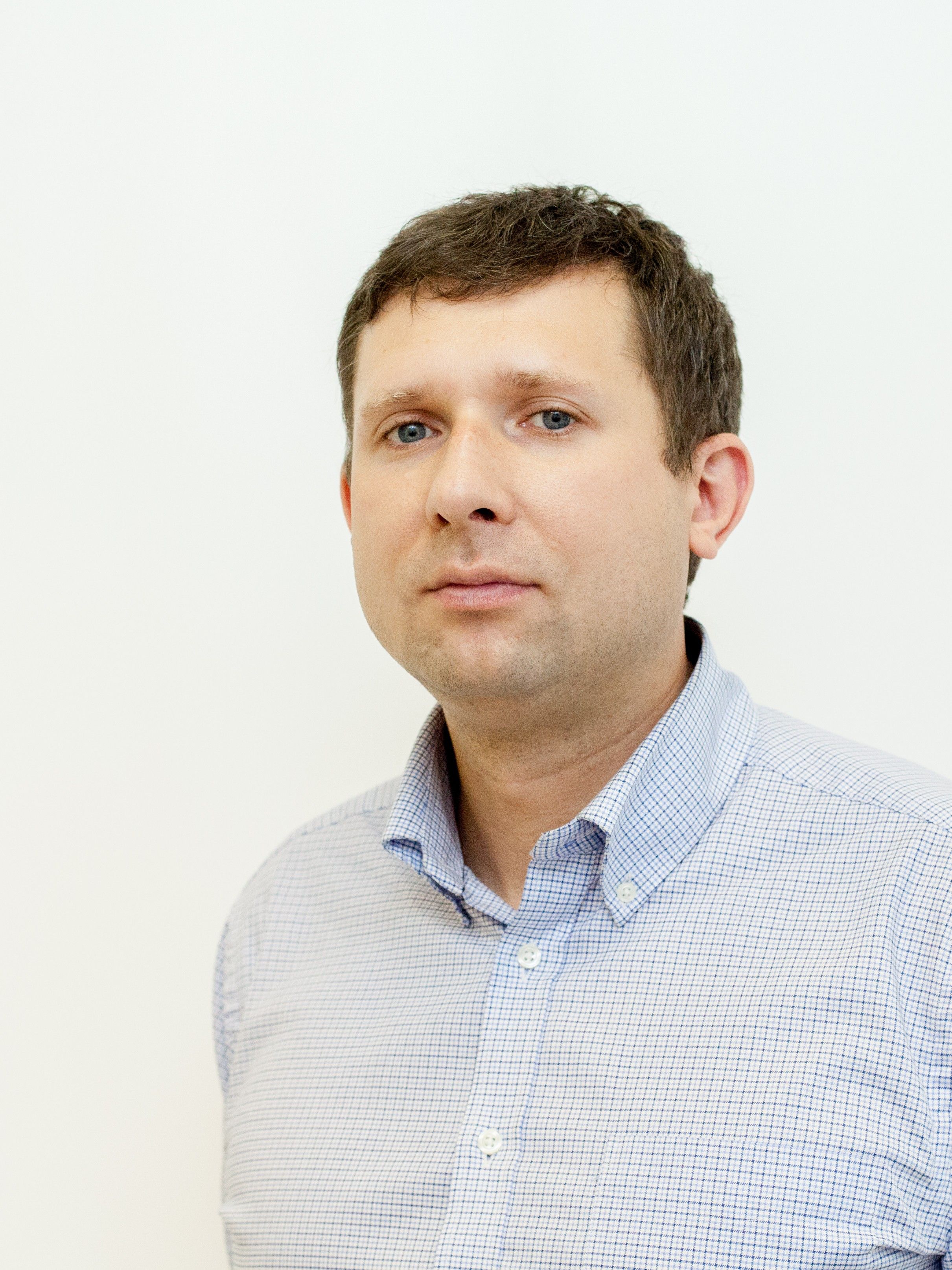 In general, the Norwegian side is a key supplier of components, while the Ukrainian side deals with the software.

Director for Technology at the Ukrainian Advanced Research Project Agency (UARPA) Danylo Sytnykov said that electronics in Ukraine, unfortunately, are not at such a level as in Norway. "Therefore, our country can take part in something where were are experts – recognition and positioning technologies, imaging technology, information techology, and database verification. It is an honor for Ukraine to work with such experts. Unfortunately, there is becoming less space for science in Ukraine. Our universities are forced to survive, instead of creating something new. It’s a shame. And we are grateful to NATO for the opportunity given to the Ukrainian companies and research institutions to take part in Science for Peace and Security. Today it’s the only way to support Ukrainian science and integrate our scientists and students into Norway’s level of science. University where Yuriy [Voitenko] works has a budget of some EUR 1 billion per year. They have the most modern equipment, and we have combined Norway’s capacities with the capabilities of our people," he said.

Mr Voitenko believes that Ukraine has "decent basic science, but applied science can’t be compared to that in Norway." "Students here develop and produce computer chips for their thesis… This is something our whole research institutes deal with. Why so? Because Norway has experience, budget, as well as a system that is focused on applied science that can be commercialized. They have a motto here: ‘We have to commercialize science.’ It is about science making money," said the scientist.

As an illustration of such policies, Voitenko recalled that Professor Lande had once developed a chip, now being manufactured by Novelda, the company he founded, to sell his product to such giants as Samsung or Thales. "In the morning he gives lectures to students, and in the afternoon, he manages his company. This is a classic case of how we could commercialize science. Unfortunately, we have no such examples yet," he said.

However, there is demand for the mine detector, the product of joint efforts. Among potential customers, there is a Ukrainian company engaged in demining worldwide. The same company serves as a consultant to the project. Sytnykov said that the company’s experience is one of the project’s beacons: "For example, why is the operation depth 50 cm rather than 10 cm or a meter? They know that 60 cm is a common depth the landmines are planted at. And landmines are the world’s biggest problem."

So, as long as there are such challenges exist, there will be a demand for research and development and new approaches.

If you see a spelling error on our site, select it and press Ctrl+Enter
Tags: NorwayDonbasUkraineNATO