A step short of betrayal: Enemy never made it to inspect Ukraine's positions in Donbas

Information about the "joint inspection" of Ukrainian positions near Shumy had the effect of a blasting bomb on many Ukrainians. Allowing the enemy into our trenches was not simply about "making concessions for the sake of peace," but about humiliating Ukrainian military and, ultimately, realizing the Kremlin's long-held dream of turning the war into an "internal Ukrainian conflict" in the eyes of international community.

Last Thursday, at 14:00, the Russian general was supposed to come "check" the Ukrainian trenches in Donbas.

It is not difficult to imagine the attitude of most Marines to meeting the enemy leader. But no one contests orders so soldiers tried to restrain their emotions on camera. "Everyone's hands are itching, but I'm sure no one will react without an order," said Petro, one of Ukrainian Marines serving in the area. Artem adds to what his comrade-in-arms said: "How is it that the enemy we are at war with will come to our positions?!" 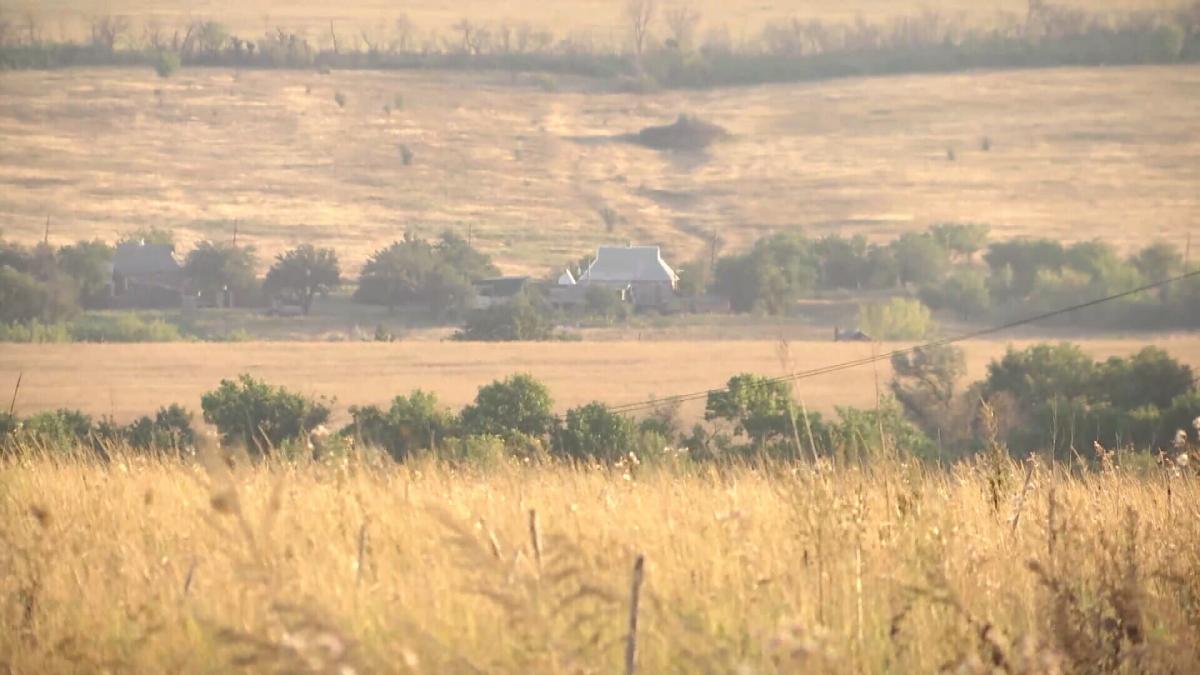 Shumy is the key to the Horlivka area

Near Shumy, the Kremlin has skillfully dragged Ukraine into another insidious game. And Ukraine was a step away from losing this game, too…

The first move is that the Russian proxies demand that the Ukrainians withdraw from their positions near the village of Shumy outside the occupied city of Horlivka. Allegedly, the newly built fortifications violate the terms of the armistice. The OSCE reports that Ukrainians have in fact built no new fortifications.

But the Kremlin, through its puppet Denis Pushilin, makes a second move. The warlord issues an ultimatum: if the Marines do not withdraw from Shumy and destroy their trenches, mercenaries will destroy them with artillery strikes. The ultimatum expired at 8:00 on September 7. The 503rd Marine Battalion wasn't going to retreat and was preparing for a heavy battle. "Weapons were aimed and ready to repel the attack … The response will be ten times more powerful," says Denys, a Ukrainian Marine. 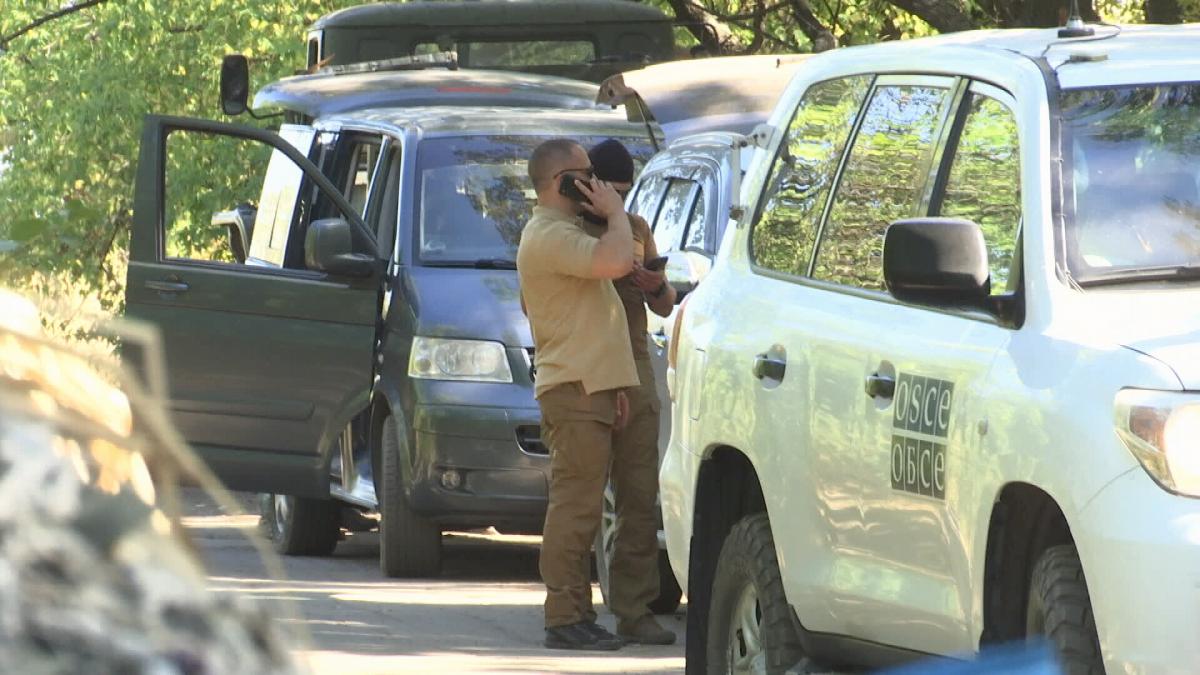 Ukraine is trying to maintain a fragile truce, resolve the situation diplomatically, and convene a Trilateral Contact Group meeting. This is exactly what the Kremlin was counting on when their proxies threatened to strike with artillery. Which, by the way, never happened. The real blow was dealt on the diplomatic front. And this was Russia's third move. During a meeting of the TCG, head of the Russian delegation, Putin's aide Dmitry Kozak, began to put pressure on his gray-haired Ukrainian counterpart Leonid Kravchuk. It sounded like an ultimatum.

"I was surprised why Mr. Kozak suddenly joined the meeting. So vigorously, even with notes of an ultimatum, he said Ukraine must finally decide whether it will comply with the Minsk agreements or not," said Leonid Kravchuk, head of the Ukrainian delegation to the TCG.

He approved the visit of the enemy general to the Ukrainian trenches – meaning direct talks. That, in fact, is what Russia wanted.

"It's like a Trojan horse during the Trojan War," said Artem, a Ukrainian Marine.

But what is this modern-day Trojan horse about?

The Ukrainian military marked with white and red ribbons the route for the so-called inspection through the forest strip to the village of Shumy. But at the time, no one was aware that it was the enemy's emissary with the big stars on his shoulder straps who was supposed to walk along this path to Ukrainian positions. 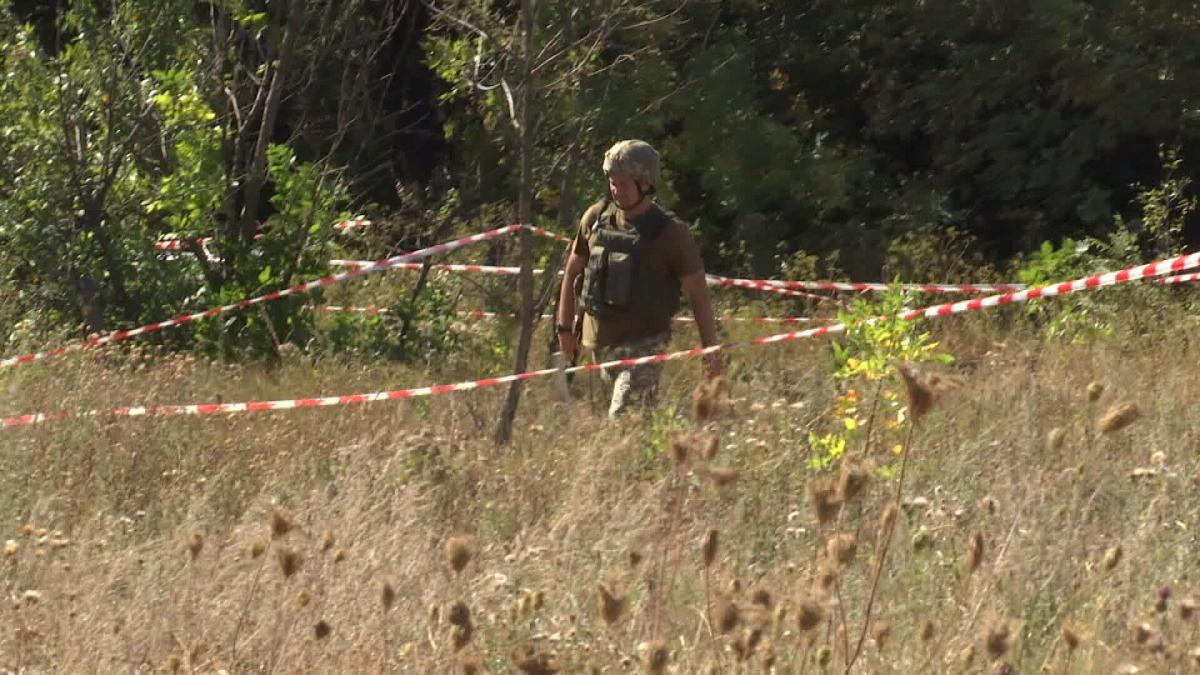 Russian proxies said it was Major General Ruslan Yakubov, head of the so-called unrecognized "DPR mission to the Joint Ceasefire Coordination and Control Center," who was going to inspect Ukrainian positions. Yakubov is a cover name though.

The general's real name is Ruslan Vakhitov. He is a Russian national. Vakhitov was deployed in Donbas to establish contacts with the OSCE Mission under the guise of "local militia" chief. The general in disguise did his job well, it seems.

In September 2017, Russia already tried to lobby Yakubov into the Trilateral Contact Group on Donbas settlement. The Ukrainian side at Minsk talks, however, refused to sit at the negotiating table with the general. Now, as political retiree Leonid Kravchuk has taken the helm of the Ukrainian delegation, the Russians seem to have decided to go for another try.

If they succeed, the move would legalize Russian proxies as a negotiating party. Checkmate. The war in eastern Ukraine is thus turning into an internal conflict. Europe then moves to lift Russia sanctions…

But even this isn't enough for the enemy. Yakubov also intended to humiliate the Ukrainian military – he wanted to be filmed on camera sporting Russian insignia by the Ukrainian trenches.

"They wanted to carry with a flag – it's not clear which one – and to make a provocation. They wanted to take a selfie here," said Deputy JFO Commander Bohdan Bondar.

In order to prevent the enemy general from getting to the Ukrainian trenches, humiliating our soldiers, and ensuring Ukraine's direct negotiations with the Russian proxies, local patriots rallied for a picket in the area, drawing a symbolic "red line" right on the road to Shumy. "This is the line that our government is crossing. They told us they wouldn't cross, but they constantly do," said local activist Halyna Oliynikova. 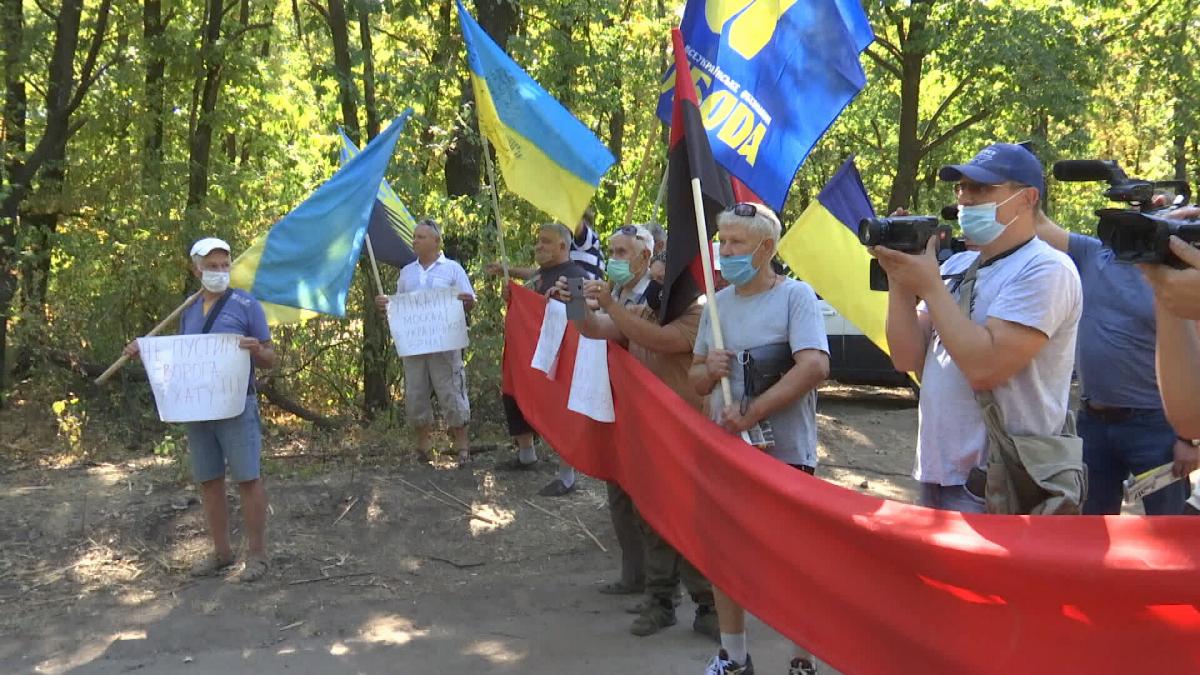 Tensions subside as soon as people see a Ukrainian general approaching them instead of the Russian one. Deputy Commander Bohdan Bondar announces that people sporting Russian uniform will not be allowed in the area due to violations of agreements. The enemy was not going to allow any mirror inspection of Ukrainians in their trenches. Also, he adds another shocking detail – the enemy demanded to inspect not one, but several of Ukrainian fortifications: "Six or eight positions. They send us a location and say they want to check it. Then another one, then another one... "

The Ukrainian side simply could not stand such impudence. The Kremlin's plans have been thwarted. For now.

"At least as of today, the move has been suspended," says Bohdan Bondar.

The Russian proxies marked the Kremlin's failure with the shelling of the site where the joint inspection with the "DPR" was set to take place. "Our troops, the 503rd Marine Battalion, was targeted," says Vagif, one of the unit's soldiers.

This time the Ukrainians defeated the enemy without a single shot. The information storm that arose in Ukrainian society against the humiliation of the military in Shumy played a major role in this win. The enemy has not achieved its goal, so the Ukrainian military are holding their ground.

And they thank Ukrainian society for standing with the Armed Forces. But in conditions when betrayal is lurking in the shadows, no one can relax.