The National Guard Rapid Response Brigade recently returned on rotation from an eight-month deployment in Donetsk region's warzone. Their positions, just hundreds of meters away from those of the enemy, were shelled several times a day. Three national guards were killed on the latest deployment. Senior Lieutenant Ivan Murovanyi has told UNIAN about the clashes with subversive groups, life in the dugouts, and the enemy troops singing drunken songs and filming fake reports for the "news".

Were you immediately confronted by the enemy once you arrived?

As soon as we got there, the enemy immediately made every effort to let us know they're out there. They arrange a warm "welcome". Over the eight months of our deployment, we would face enemy units with varying levels of skills. Sometimes they would fire at us, pretty much aimlessly, while sometimes the attacks were well-coordinated, employing mortars. They would also spot mortar fire using drones. Most likely, that time it was the "special operations forces" of the so-called "DPR" – the "touring" units as we call them, meaning they arrive, engage, and retreat (the adversary experiences a shortage of well-trained units that could long hold the same position).

One time they completely destroyed our position - only smashed boxes remain and torn sandbags remained following their shelling. But we restored it rather quickly.

There is a subjective opinion that the National Guard is more aggressive than the Armed Forces' units. We didn't sit idle in dugouts. We would impose our tactics on the enemy. We would always return fire. Usually, they would engage in the evening hours, mainly it was 82 mm caliber. Those were short attacks, some five or six times a day, with an interval of two to three hours. Another tactic they applied was to request ceasefire and then suddenly engage.

Also, they would shoot in the air whenever they have some party – like some commander's birthday or whatnot. Sometimes they would yell their songs. Well, we had to calm them a bit to tone that noise down. 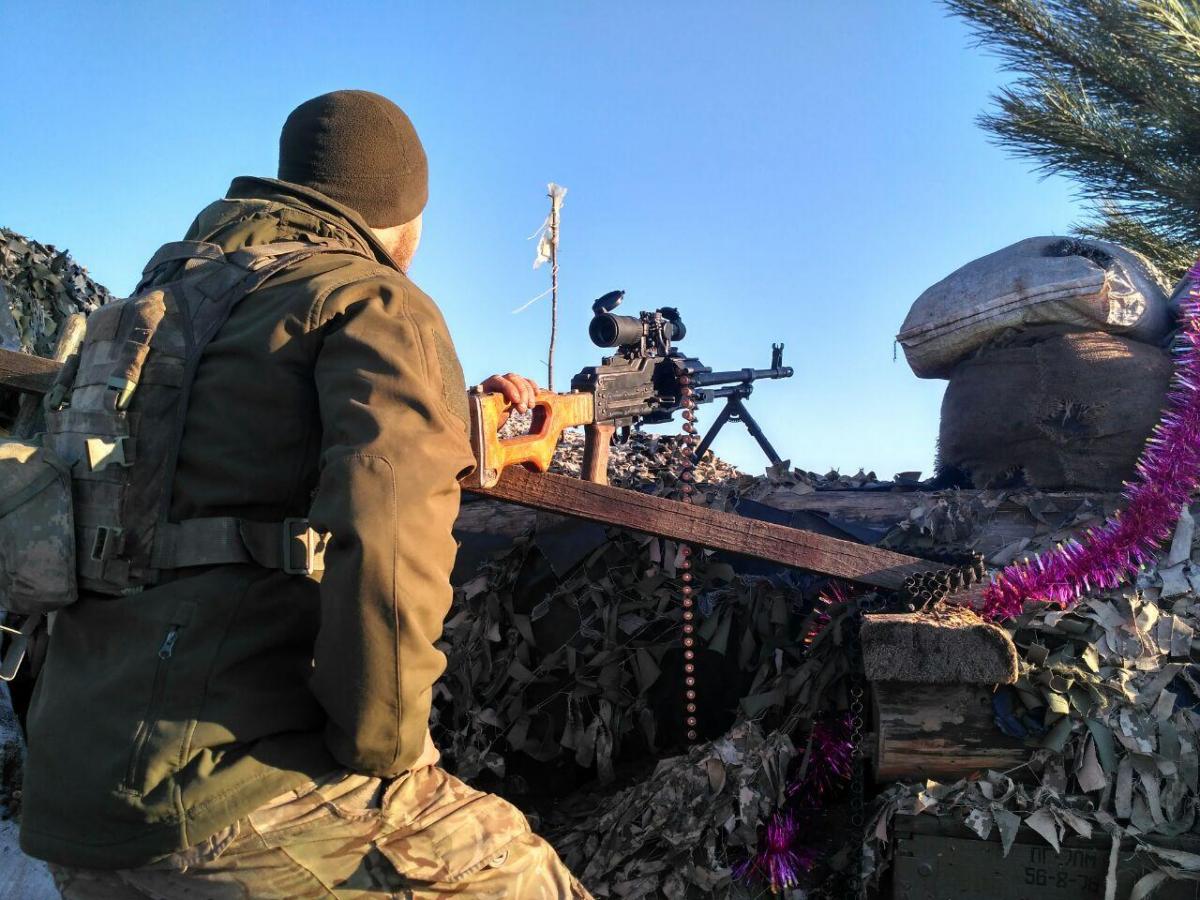 Was the enemy that close to your positions?

In this part of the front line, enemy positions are quite close. There were some where the enemy was just 1.5 km away, and even 400 m in some places. The shorter the distance, the hotter it got – they would constantly fire small arms. Wherever the distance was greater, they would employ large calibers.

Their snipers were also active and wounded two of our guys. In one case, it was a light wound, but that other guy was hit badly, unfortunately. He was shot in the back while retreating. After about a month of hospital treatment, he's now back in service.

Unfortunately, we had guys killed in action. Sergeant Serhiy Mykhalchuk was killed amid enemy shelling. He was just 21, a young kid. He covered his friend from a shrapnel shower and died on the spot.

That day the boys were on duty at the observation post, and suddenly, enemy mortars started firing. The very first mine hit them. They had no time to take cover in the shelter. As for the deadly shot, they could have not heard it, or maybe they didn't immediately understand that they were targeted in that fire. The fact is that the front line is long and fire comes from every direction.

In September, Senior Lieutenant Oleksandr Markiv was killed in a large-caliber machine gun fire. The troops were engaged in fortifying defense positions when they came under heavy fire. The guys say that they set up the defense, and Sasha was spotting the shooting. A bullet fired from a large-caliber machine gun bounced off the railroad track and hit him in the face. It was not immediately clear how serious the injury was. He got to the car himself and got out of it, also himself. He was very quickly evacuated to the medics, but the blood loss he suffered was too grave ... As a special memory, there's a flag Sasha raised the day before he died at our position.

What losses did the enemy incur?

We destroyed a bunch of their heavy military hardware. I don't know the exact number of casualties, but on social networks and on their websites they often write that someone has been taken to the hospital from our frontline sector.

They would set up positions in residential areas and engage us from there. Whenever we destroy their positions, they shoot videos, claiming that "they open fire at the elderly." But those videos also clearly show that the tranches had been set up in people's backyards. I don't know for whom they film all this. They can't even select the right shooting angle. 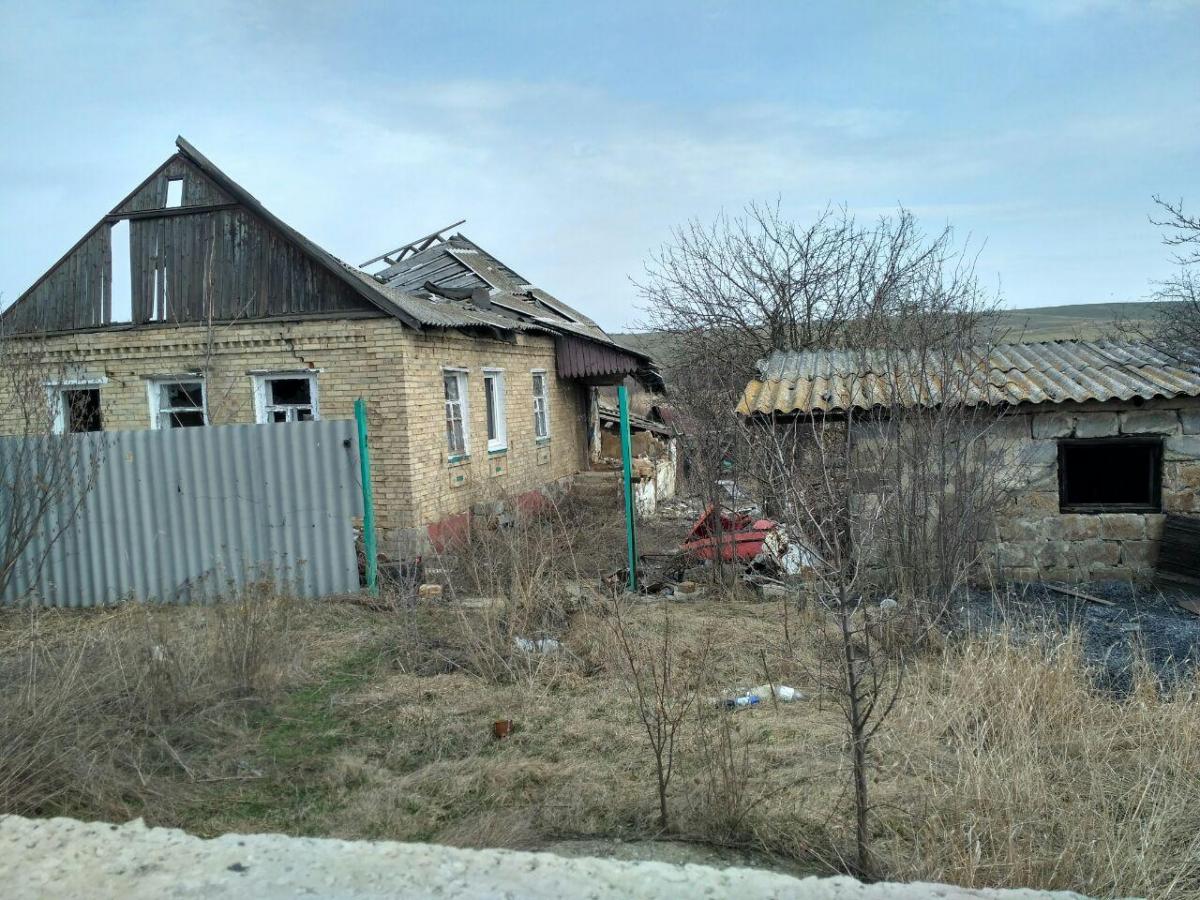 In general, half of the houses in the area have been destroyed. All windows have been shattered, roofs are broken, and gardens – destroyed. People will have nowhere to return once the war is over. Almost everything has been destroyed there.

Around the New Year, they got one of the non-residential huts burnt down to the ground, hitting it with tracer bullets. The wind carried the fire further in the open so we had to put it out before it got to our positions causing trouble. The risk was worth it so we had to run out there and deal with it. We were told that it could be an act of provocation, that we were being lured to come out to be taken out by snipers, but there was simply no other way out. We tried to be as careful as possible, not to expose ourselves too much: we would tear off tree branches, get water from the well, used fire extinguishers. But still, our wires were destroyed in the field.

Can you tell us more about any particular shootout with the enemy?

One night we encountered an enemy group who had infiltrated our positions. Some 20-30 meters from us there was an empty hut, which they used as a firing point. So we walk inside, into opaque darkness and, suddenly, our guy gets a blow to the chest. He lost balance and fell, but he never got confused so he opened machine gun fire right away. The subversive group hurled a grenade before retreating, which set off inside that hut, by the wall. But a few seconds before the blast, we managed to jump out of that room. None of us were injured, but the enemy also suffered no losses, unfortunately. 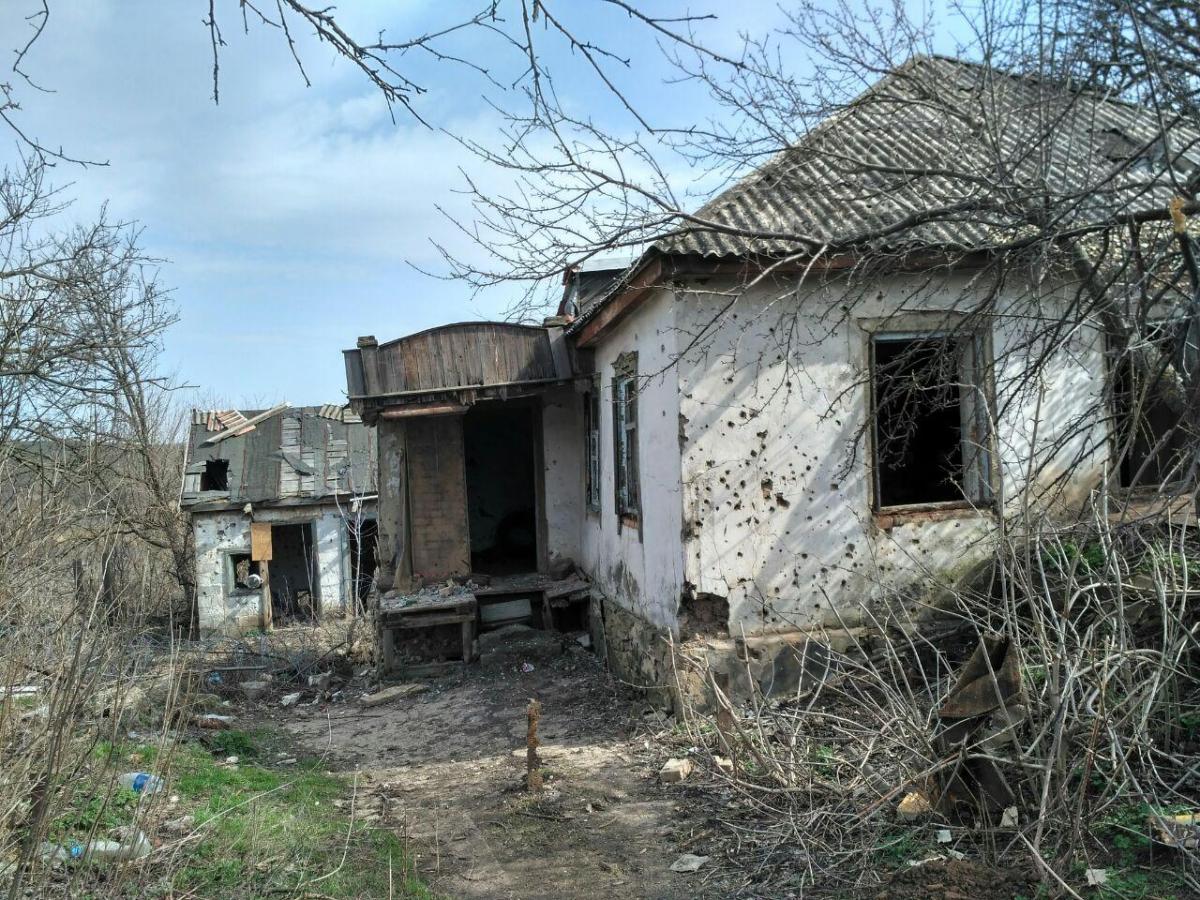 In that area, there are forest belts by our positions, as well as high reed, and an abandoned trench. We had a booby trap set up there, but it was disengaged. It was possible to pass really close to us. Can't imagine what a scary encounter that was. It's good that we spotted them. Because who knows what could have happened had we not engaged… After that, we strengthened our defenses and covered all our blind spots.

Someone had been living in the dugout, somewhere it was bit crowded, and somewhere it was "a five-star hotel" as we called it, where there was enough room for actual bunks and army bags. It's not cold there, although very humid – even in summer we needed to heat up the place. The sand would constantly pour down the walls, too.

We settled in abandoned houses on the outskirts of the village. Somewhere there could be two people per room, somewhere it was four. But there was never a case where everyone was in the room at the same moment: someone was on duty, some were chopping firewood, and some were cooking. Each house would appoint an own "cook" – he would learn the craft for a month or two before mastering it. There were problems with light - constant blackouts due to obsolete cables that had long craved for repairs. Water was brought to us, because water from the local wells was unfit for drinking - it's like from a swamp. But we never complained – it was still better than in 2014. 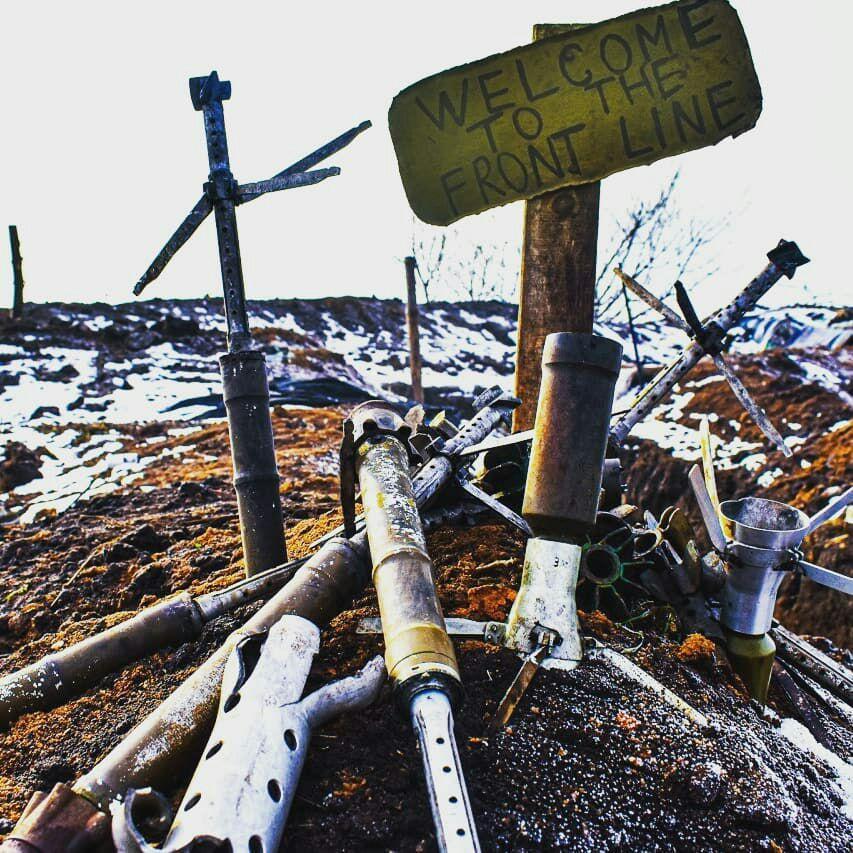 Three months of training grounds and eight months of deployment – it's hard, but you know why you're here and what the risks are. It wasn't easy, but it's worth it. This is our experience.