Aircraft designer Vadim Lukashevich: We urgently need to stop using Superjet and figure out what happened...

Hard landing at the Sheremetyevo airport of the newest Sukhoi Superjet aircraft resulted in the death of 41 people on board. This is not the first accident with a Russian plane that has just recently been put into operation. Whether traveling on these aircraft are the same as playing "Russian roulette" is what UNIAN sat down to discuss with the former designer of the Sukhoi Design Office, which created the "Superjet".

The videos of the plane engulfed in flames at the Sheremetyevo airport near Moscow spread all over the world. On the evening of May 5, the newest Russian aircraft Sukhoi Superjet of Aeroflot Airlines operated a flight en route Moscow-Murmansk. According to preliminary data, immediately after takeoff, the plane was struck by lightning. Automatics failed, and the crew requested an emergency landing at the airport of departure. After hitting the runway, the liner caught fire. Forty-one people of 78 on board have died in the fire.

UNIAN turned to Vadim Lukashevich, an independent aviation expert, ex-designer of the Sukhoi, with a request to clarify what could have led to grave consequences and how this would affect the prospects for the Russian Superjet.

It is necessary to wait for the results of the investigation, but, relying on the video footage of the accident, how do you assess the actions of the crew and ground services?

The root cause is lightning that hit the plane, which caused the automatics to fail. The actions of the pilots who have data on their weather radar are still unclear – did they understand that they were flying into a thunderstorm or not? As a rule, an experienced pilot will go around the storm. In any case, a lightning strike should not lead to such consequences, and this indicates a technical problem in the aircraft. Over the years of operation, aircraft get hit by lightnings several times. 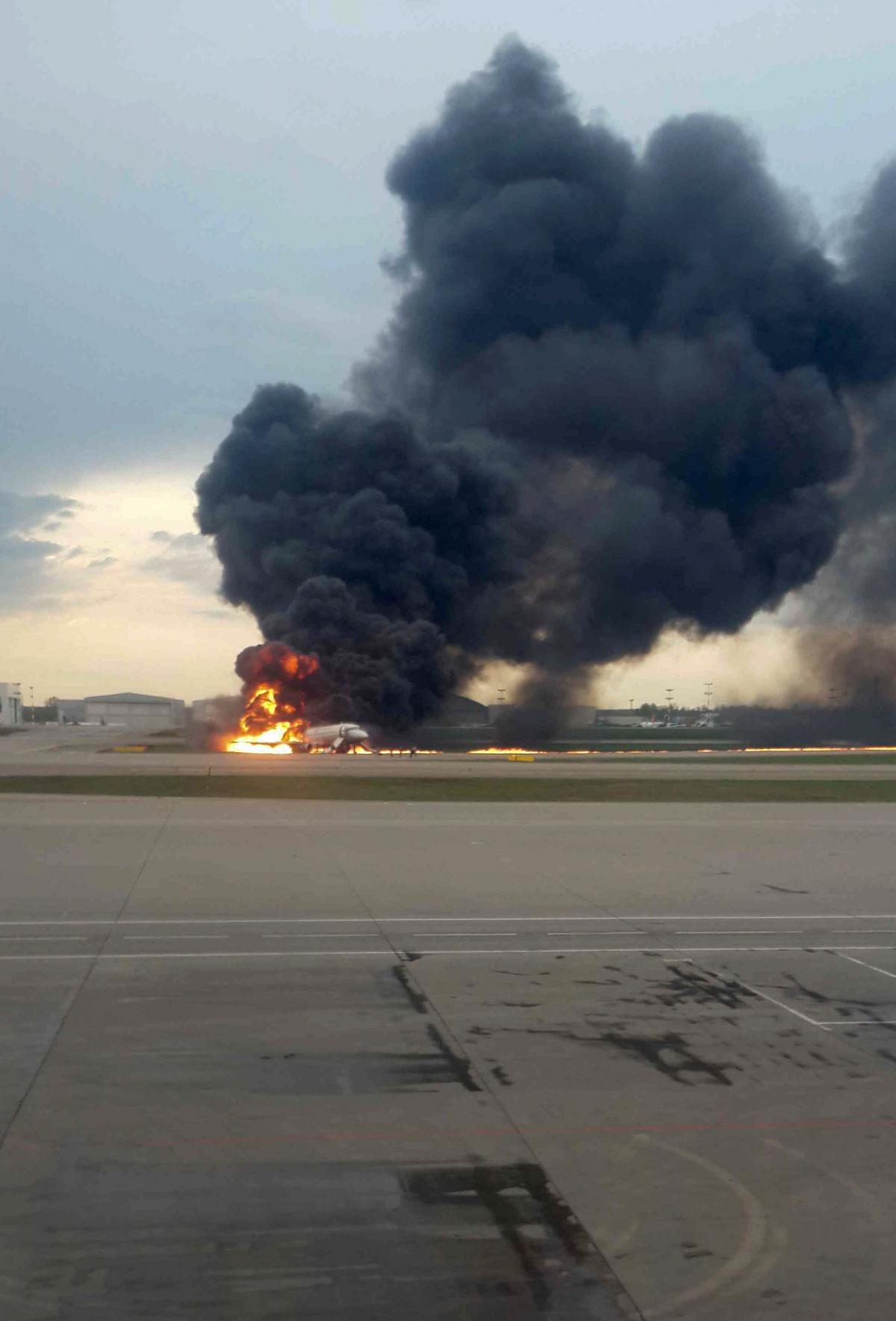 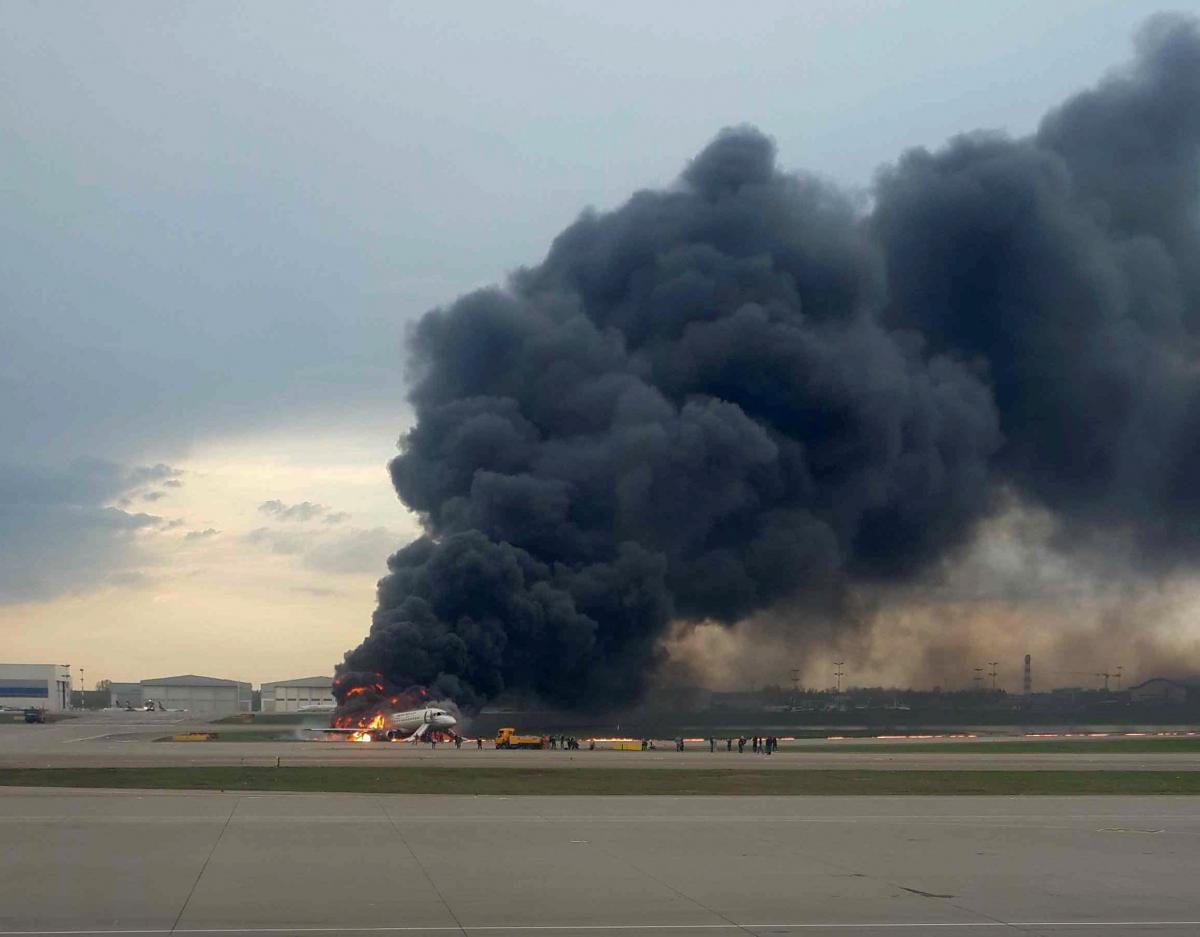 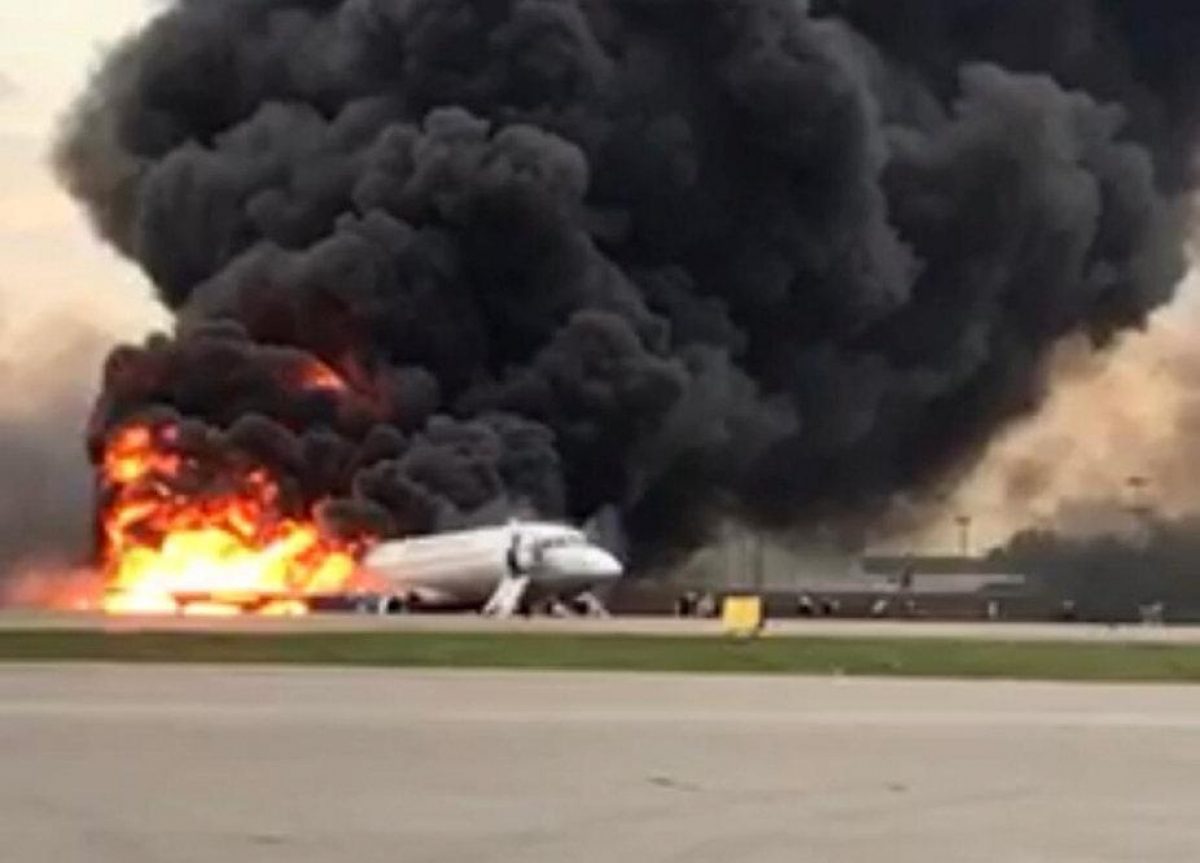 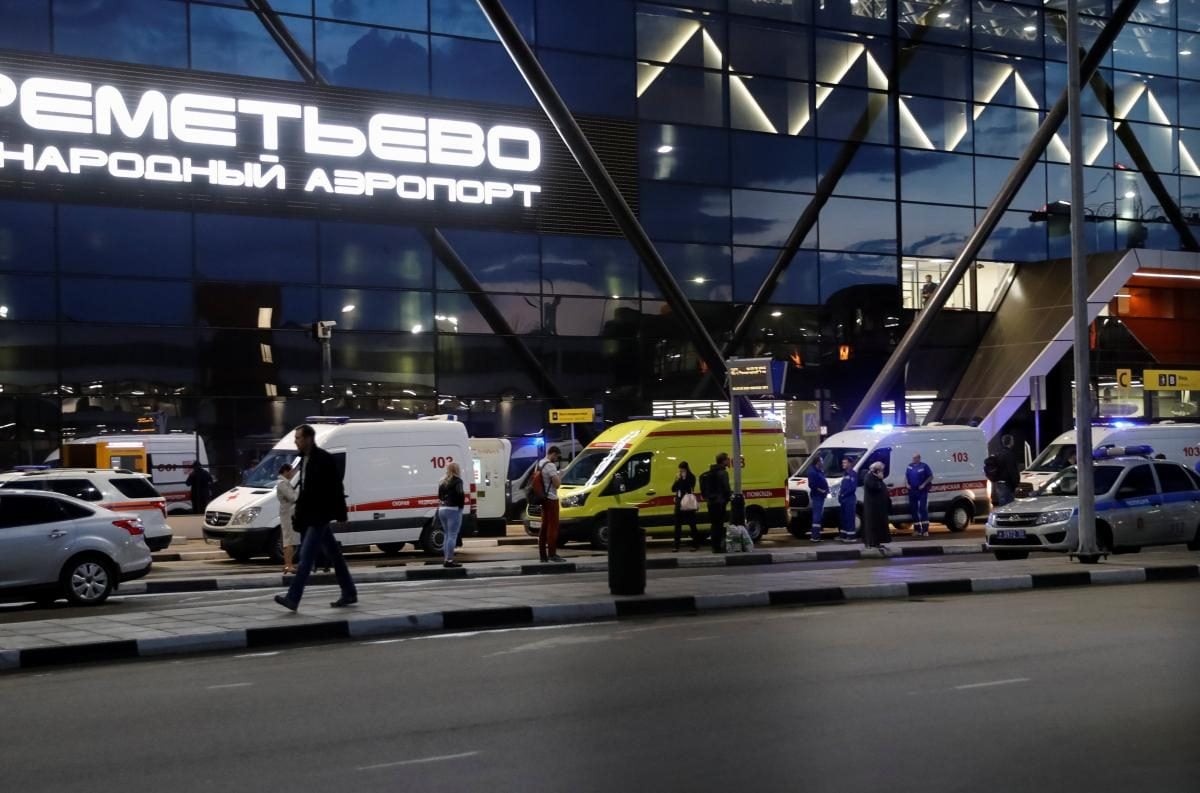 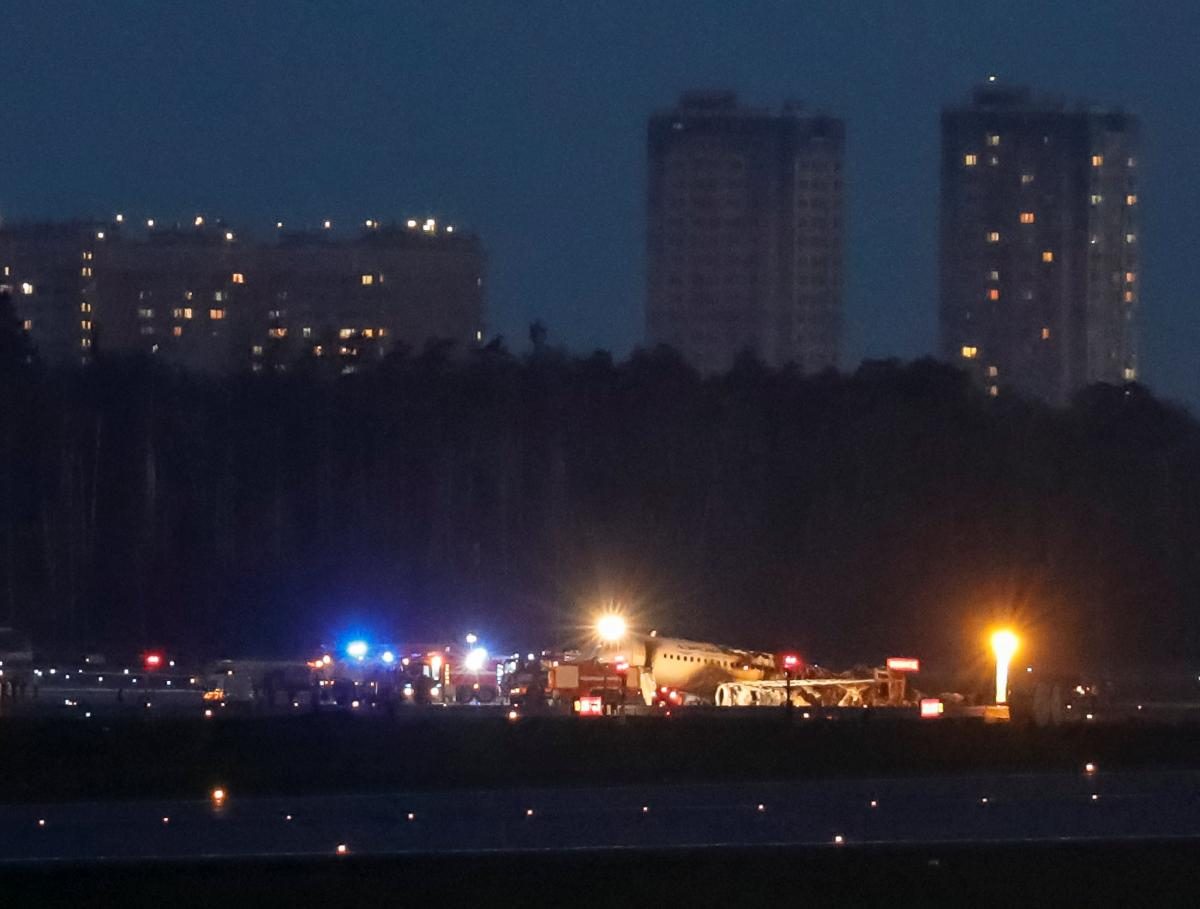 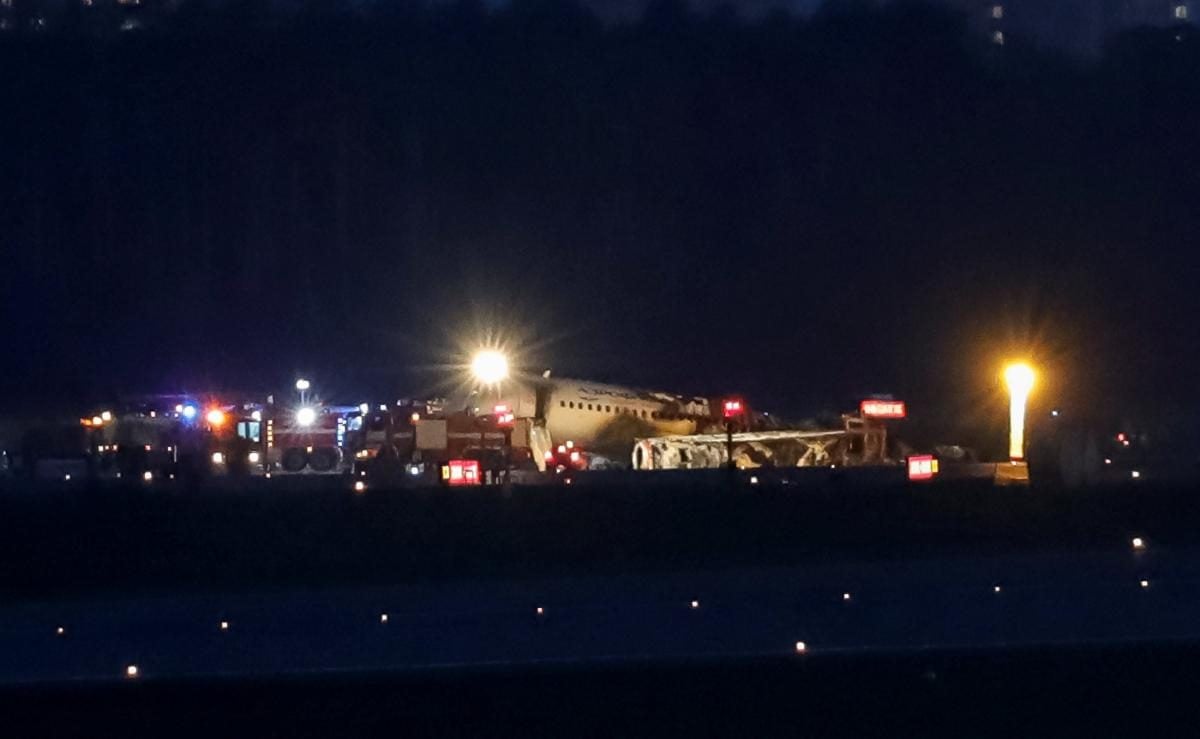 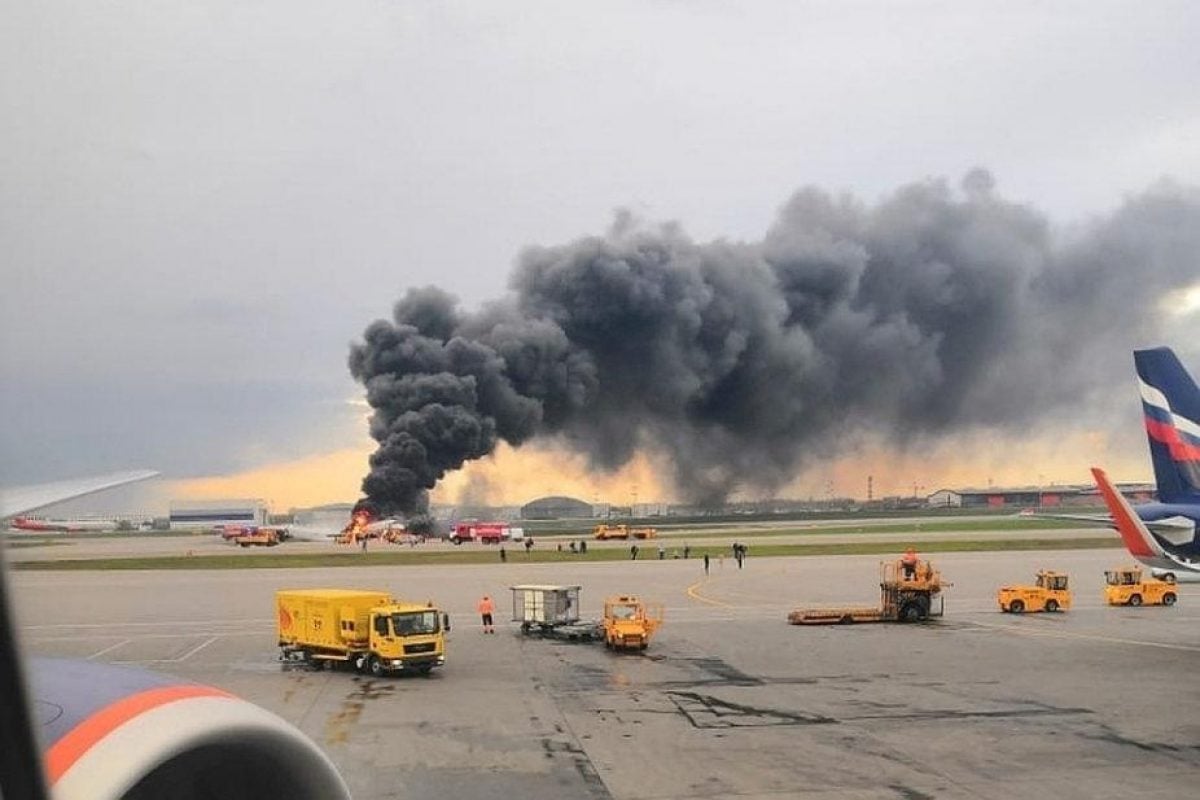 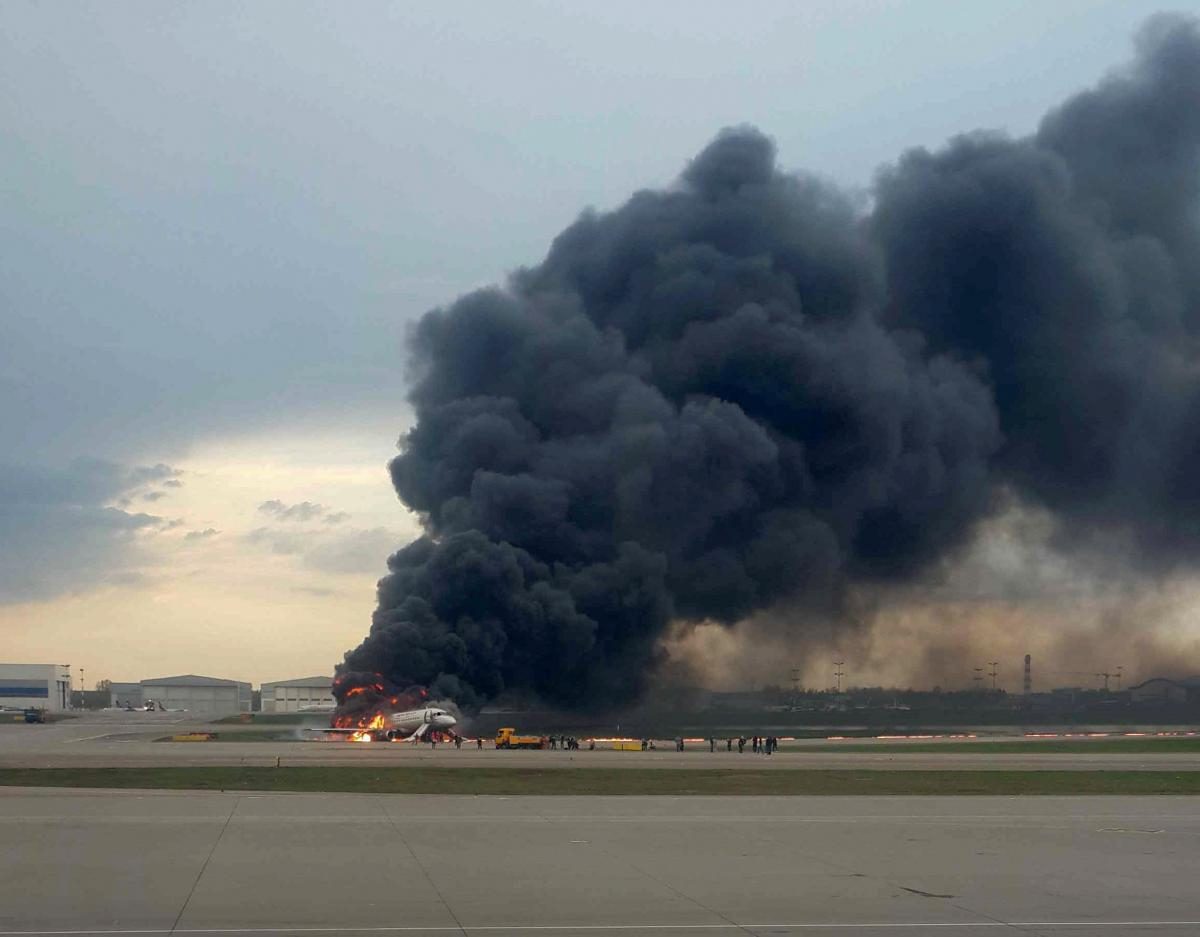 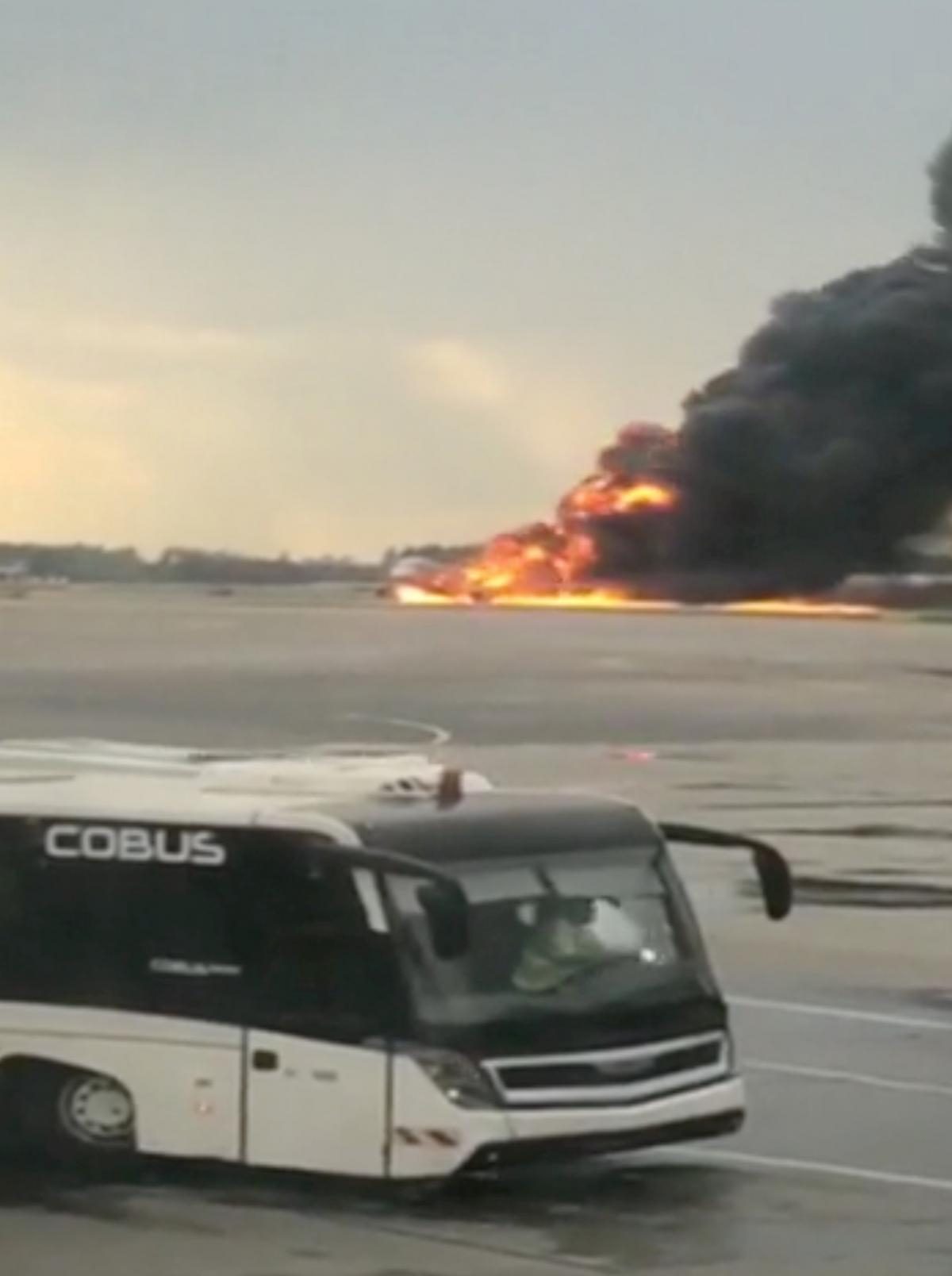 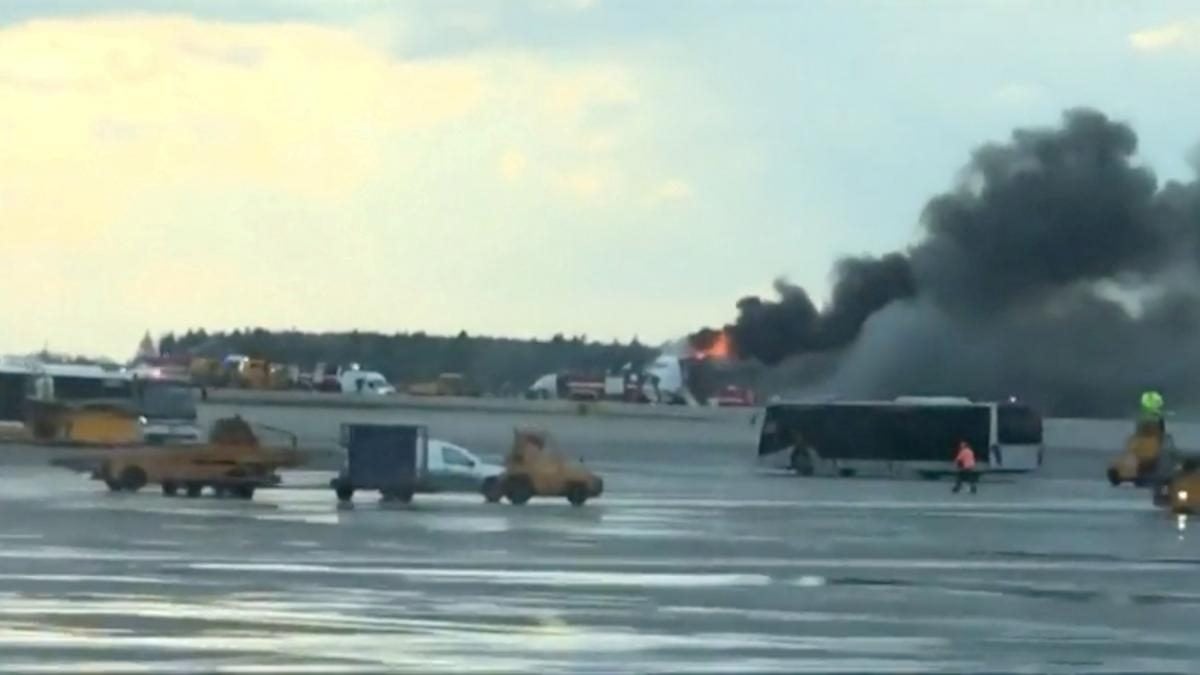 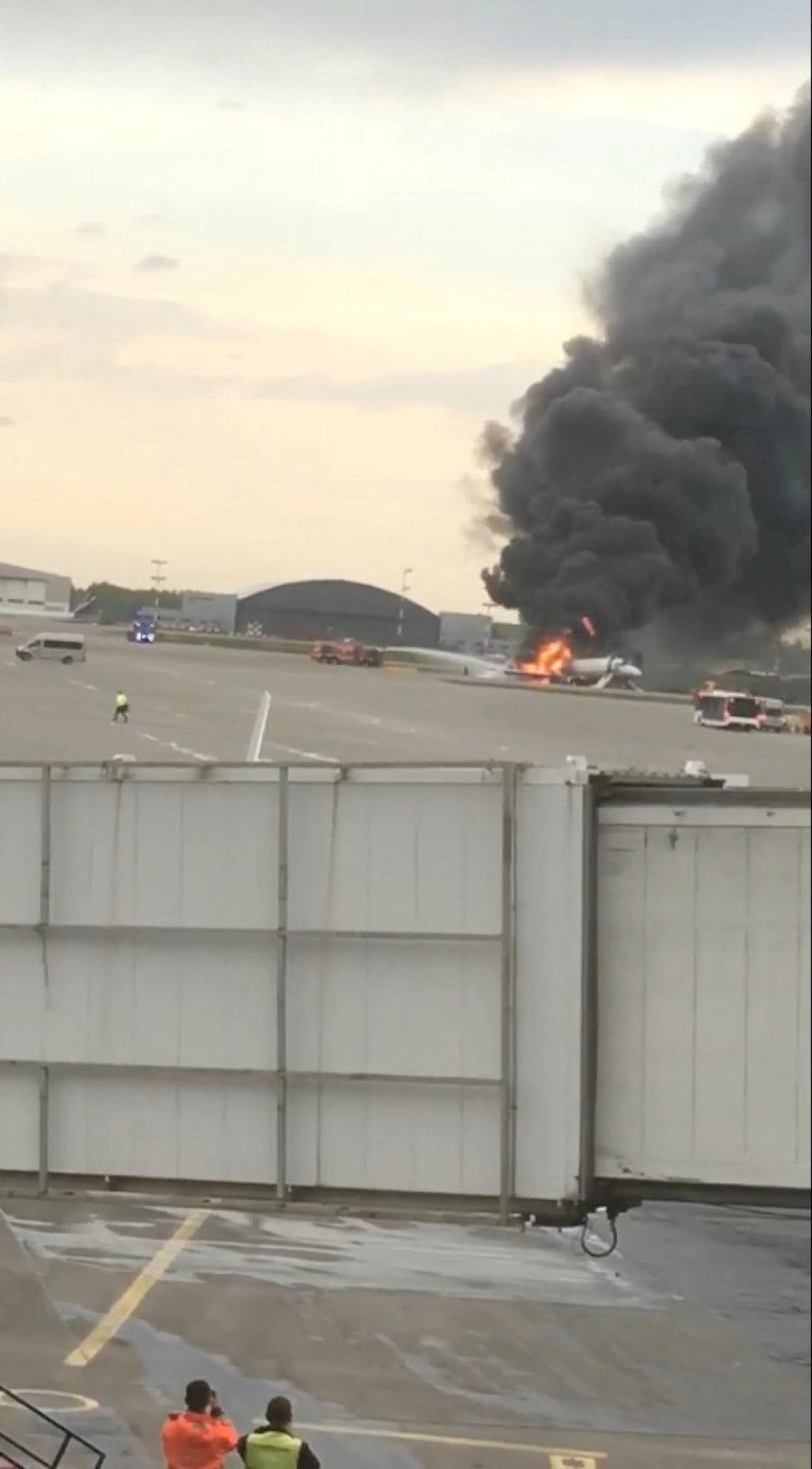 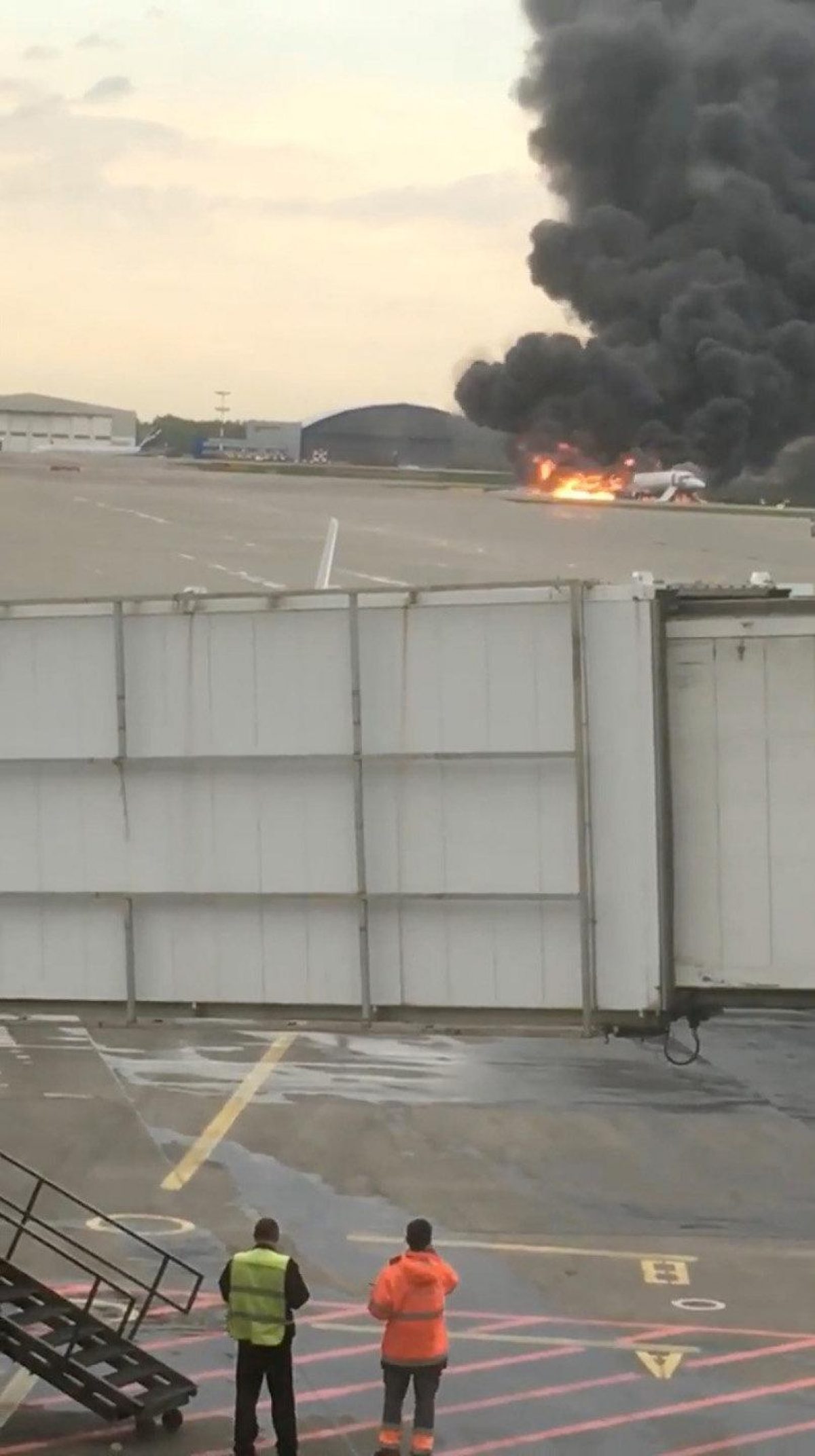 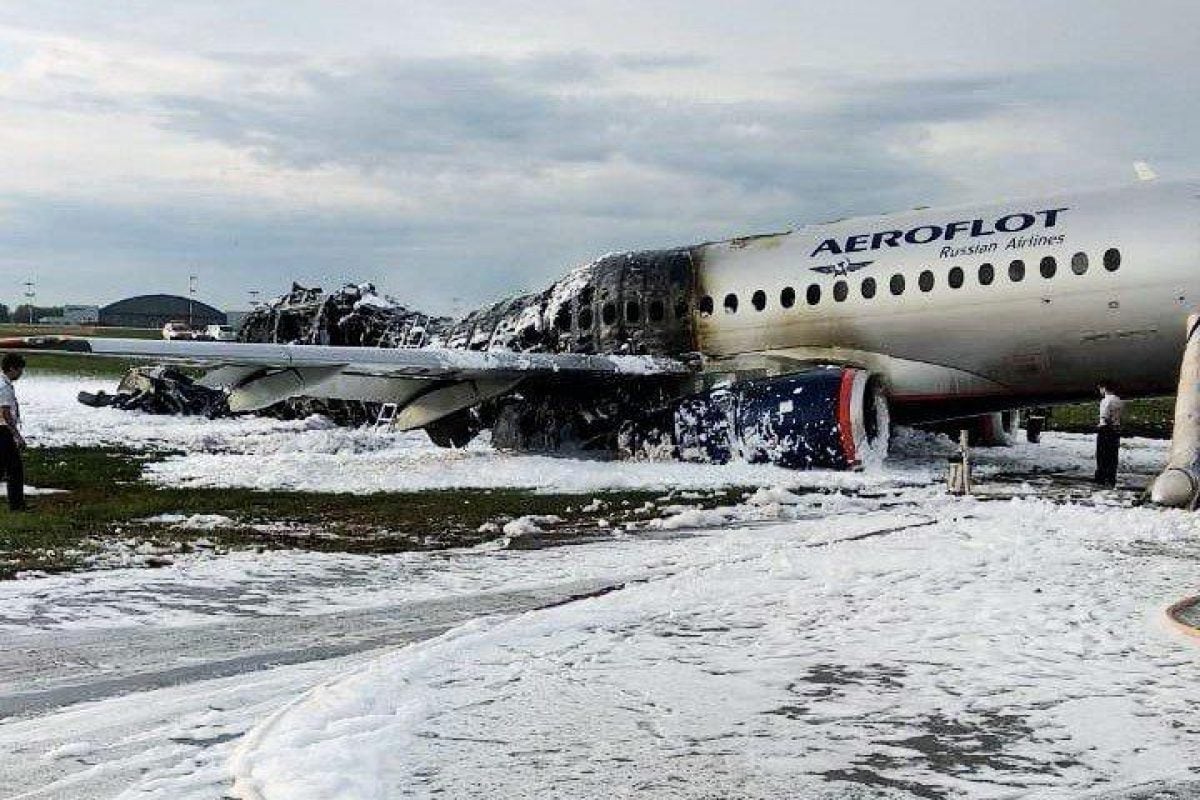 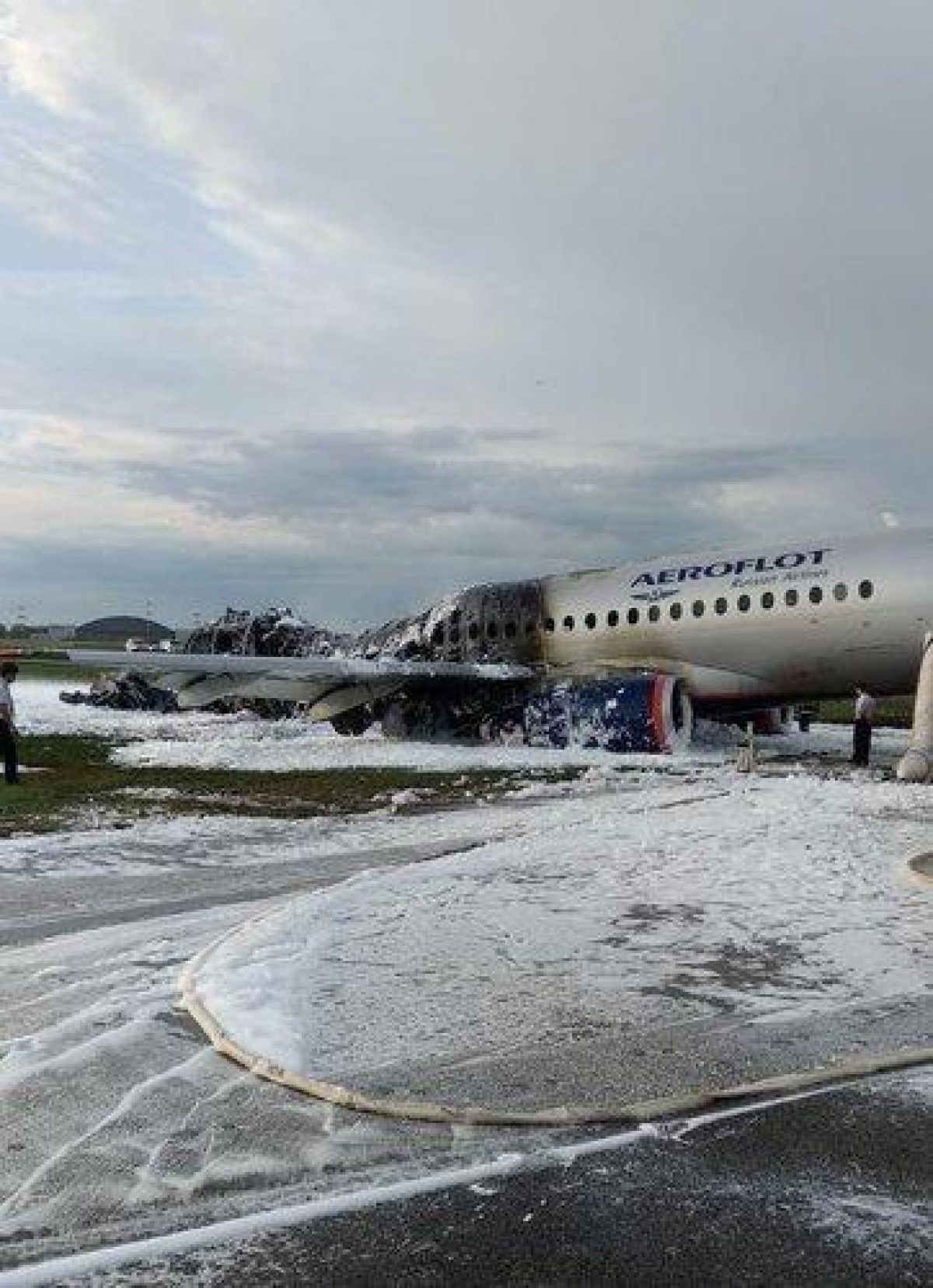 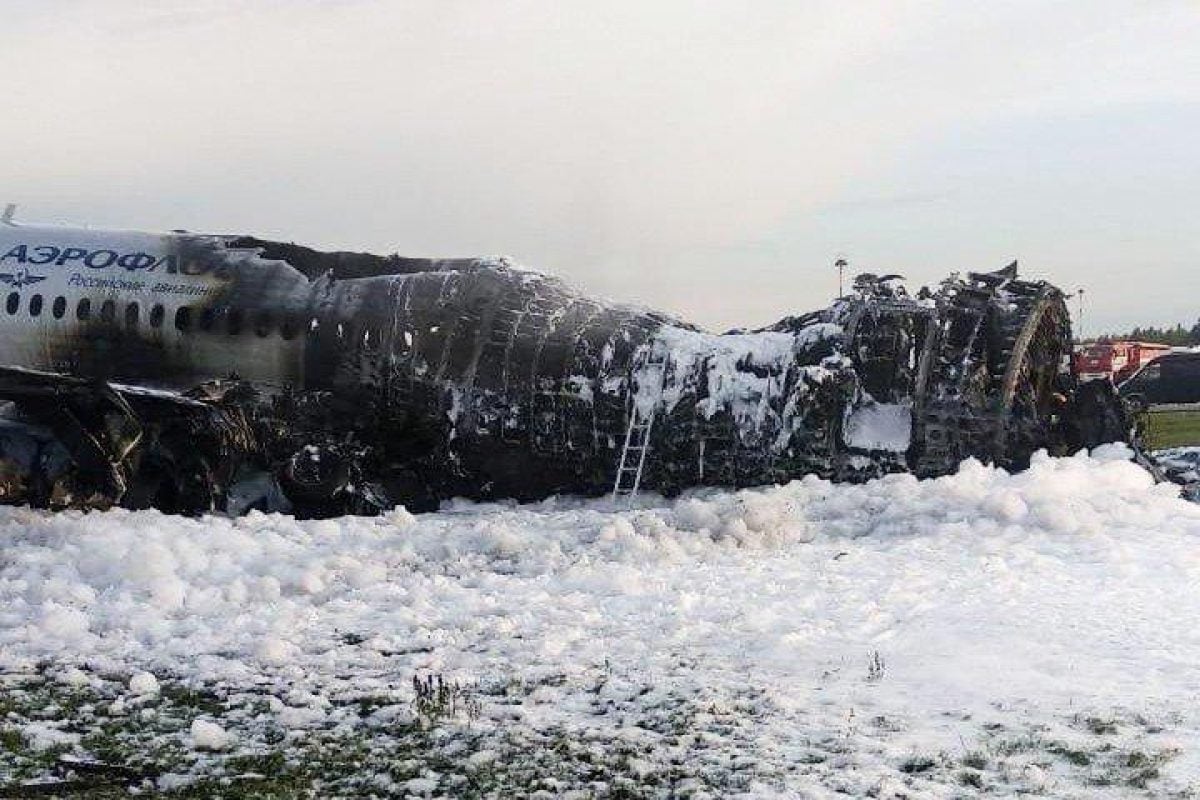 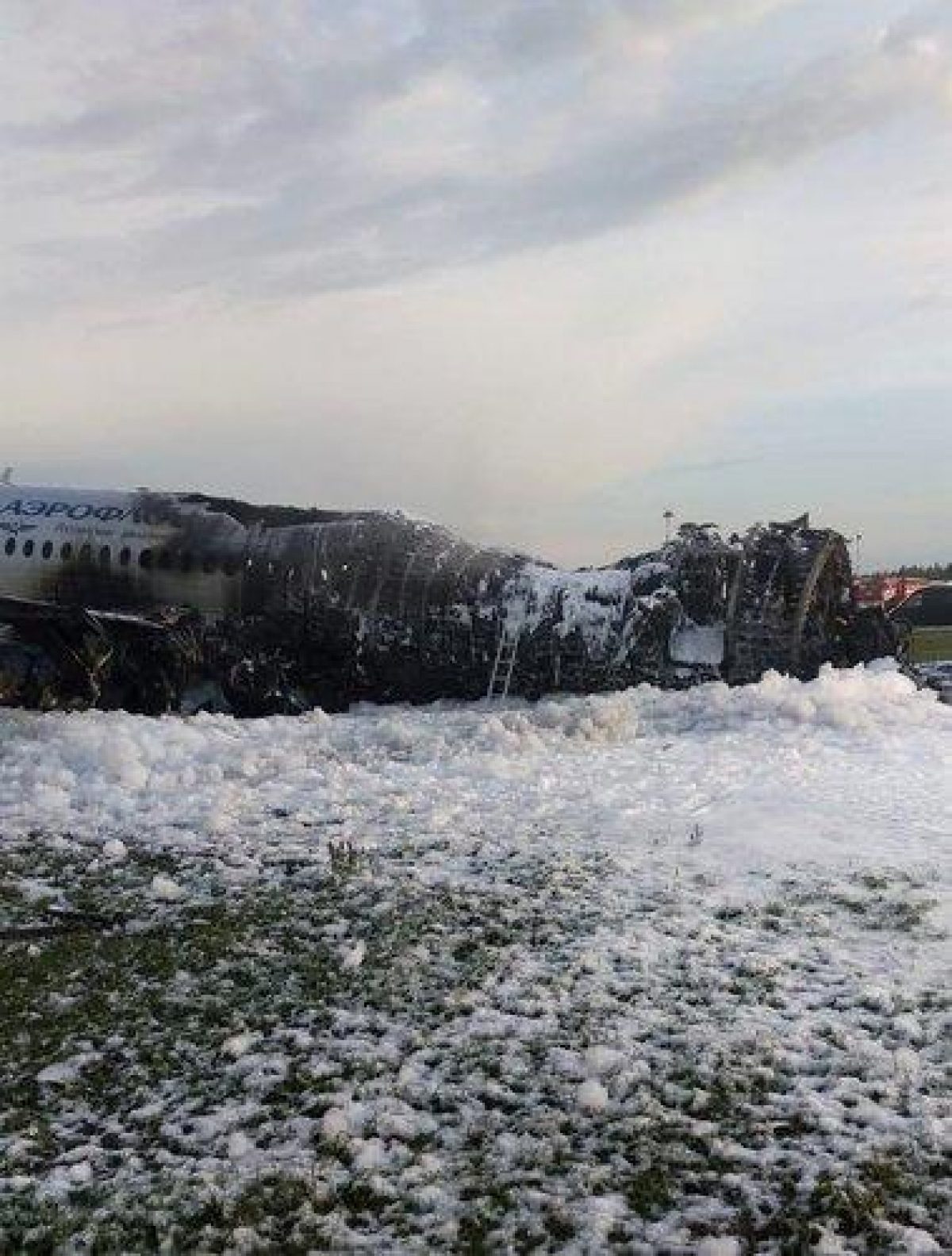 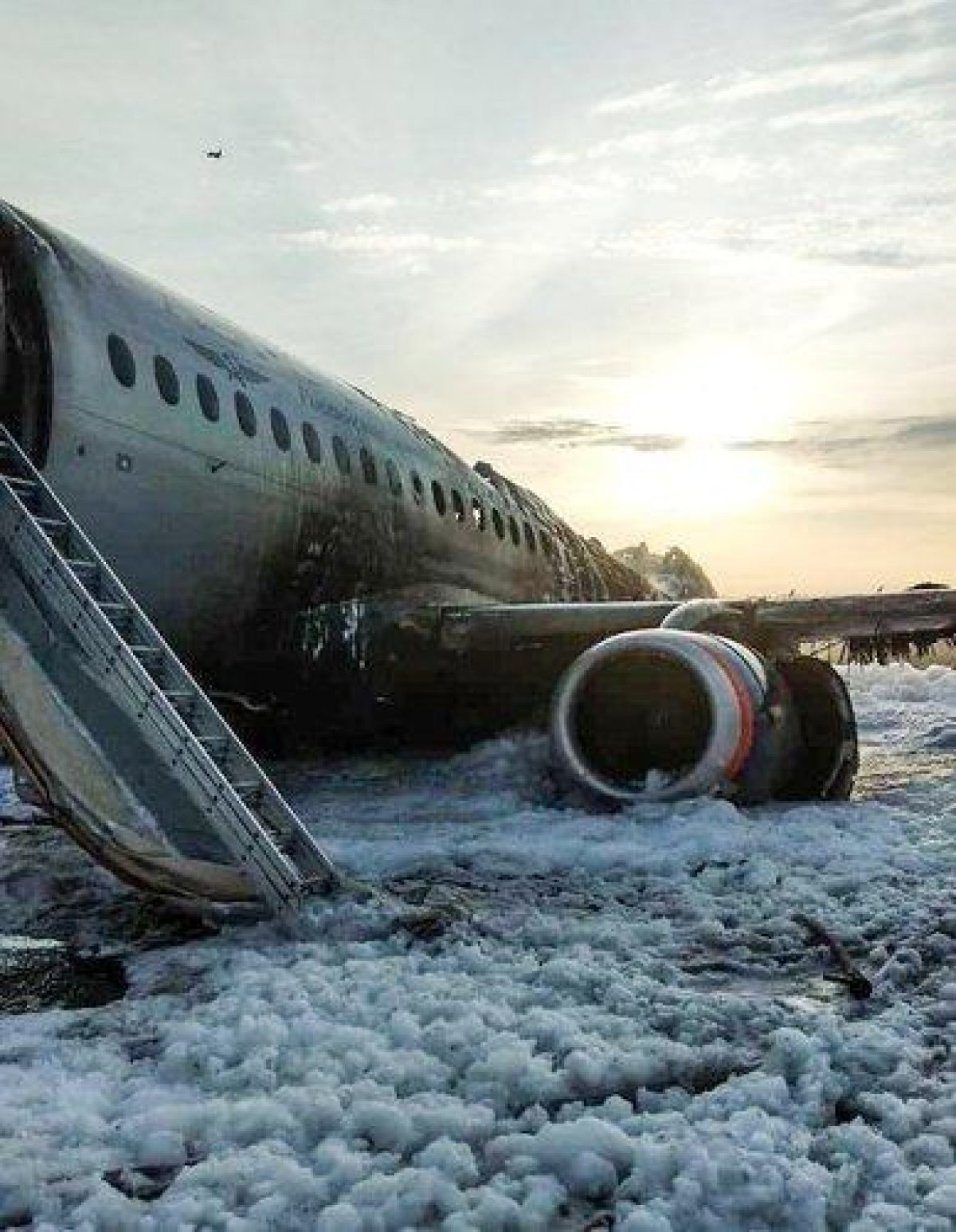 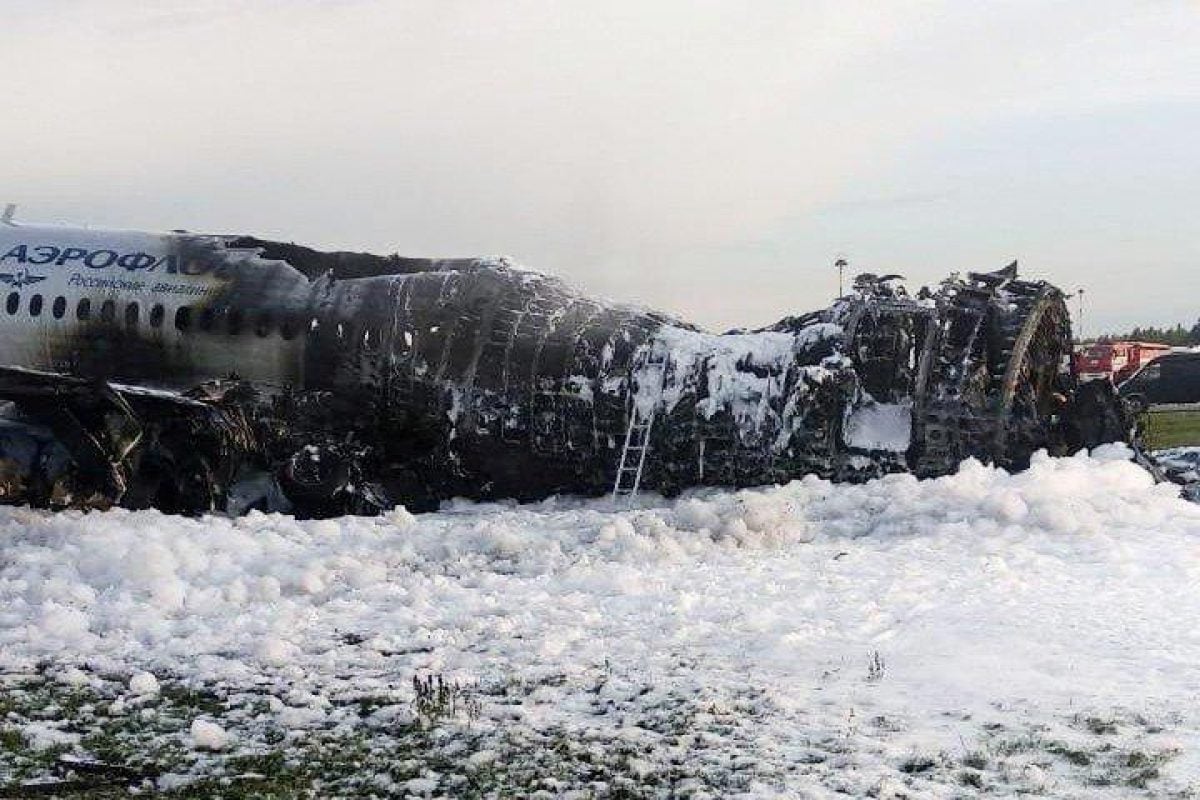 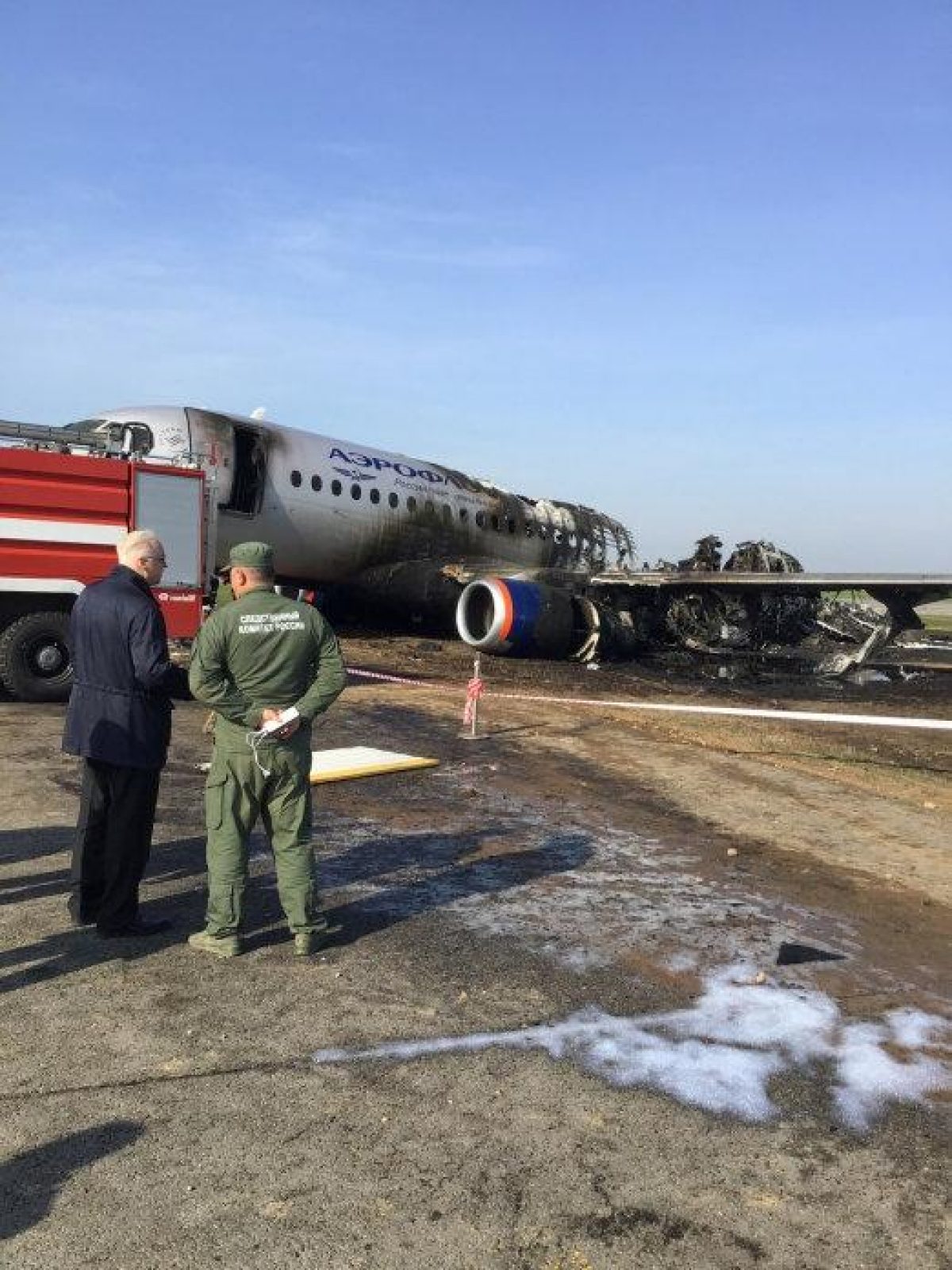 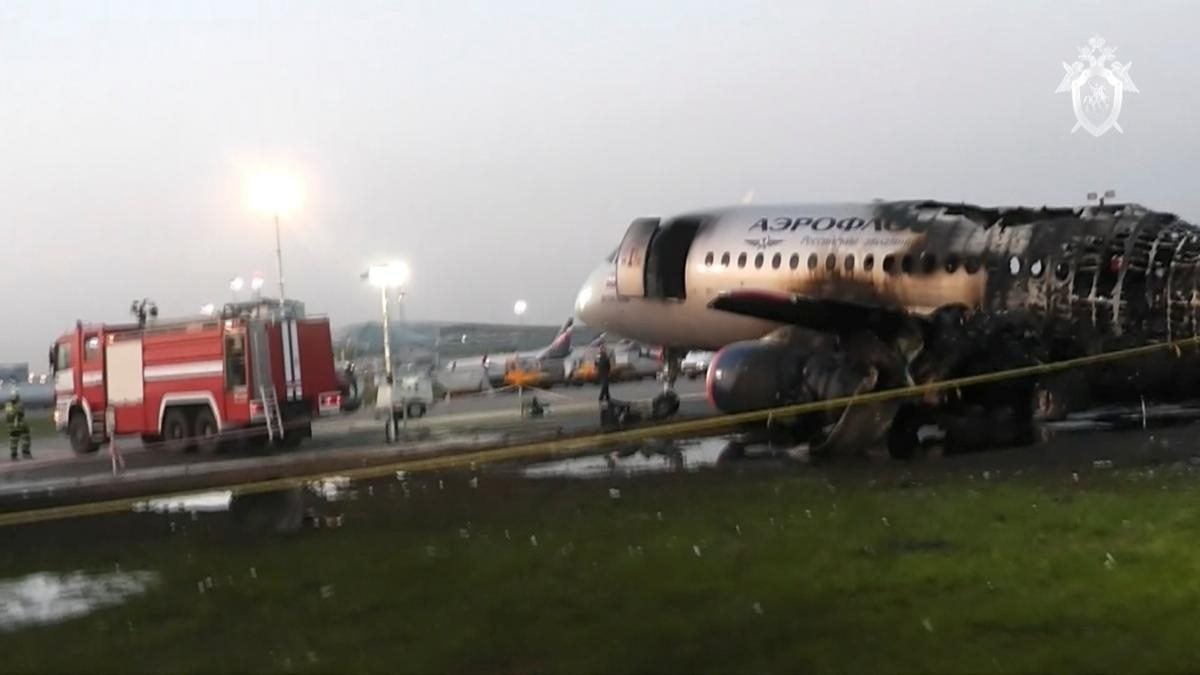 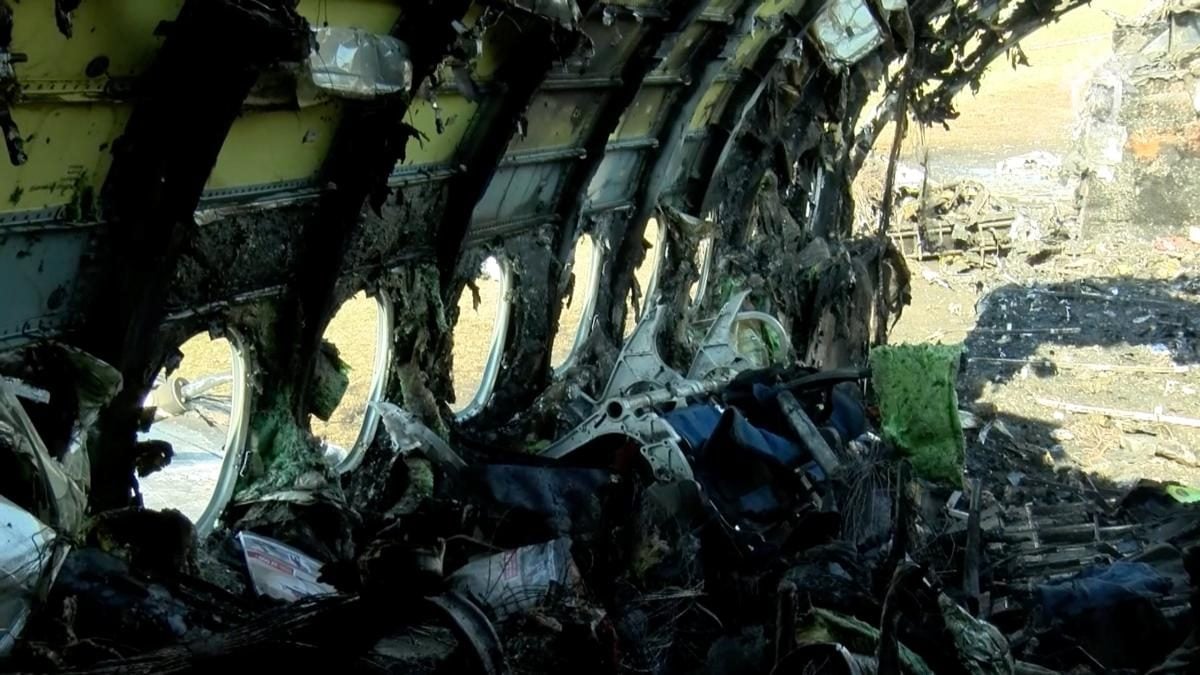 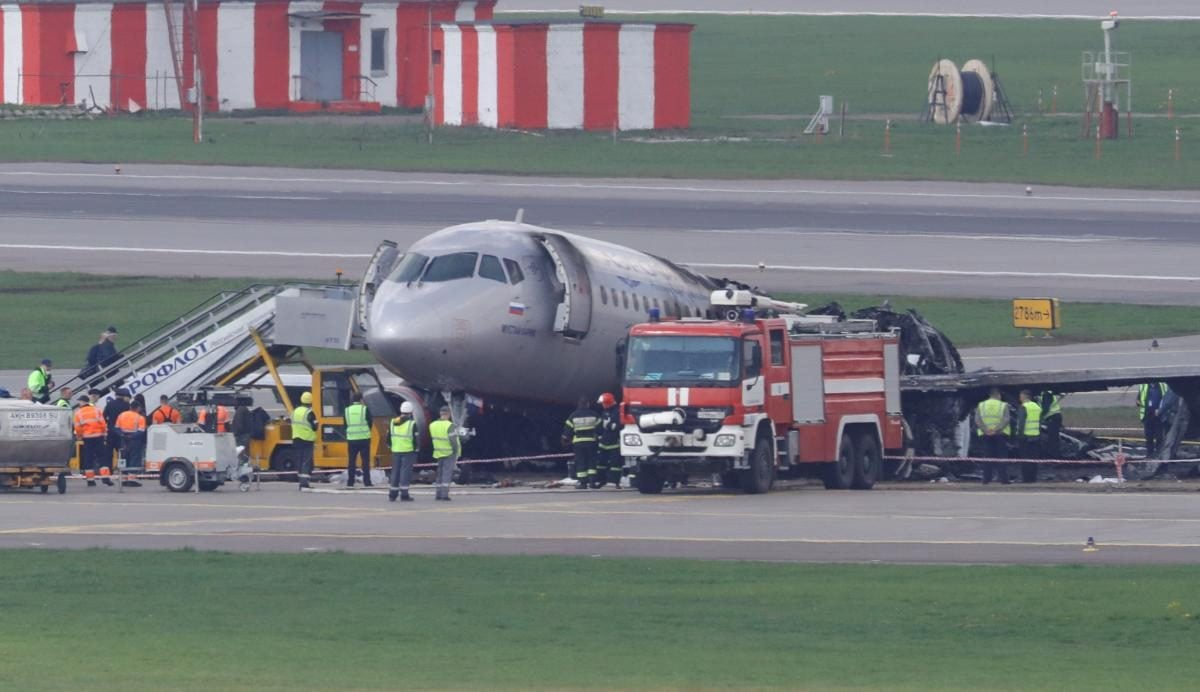 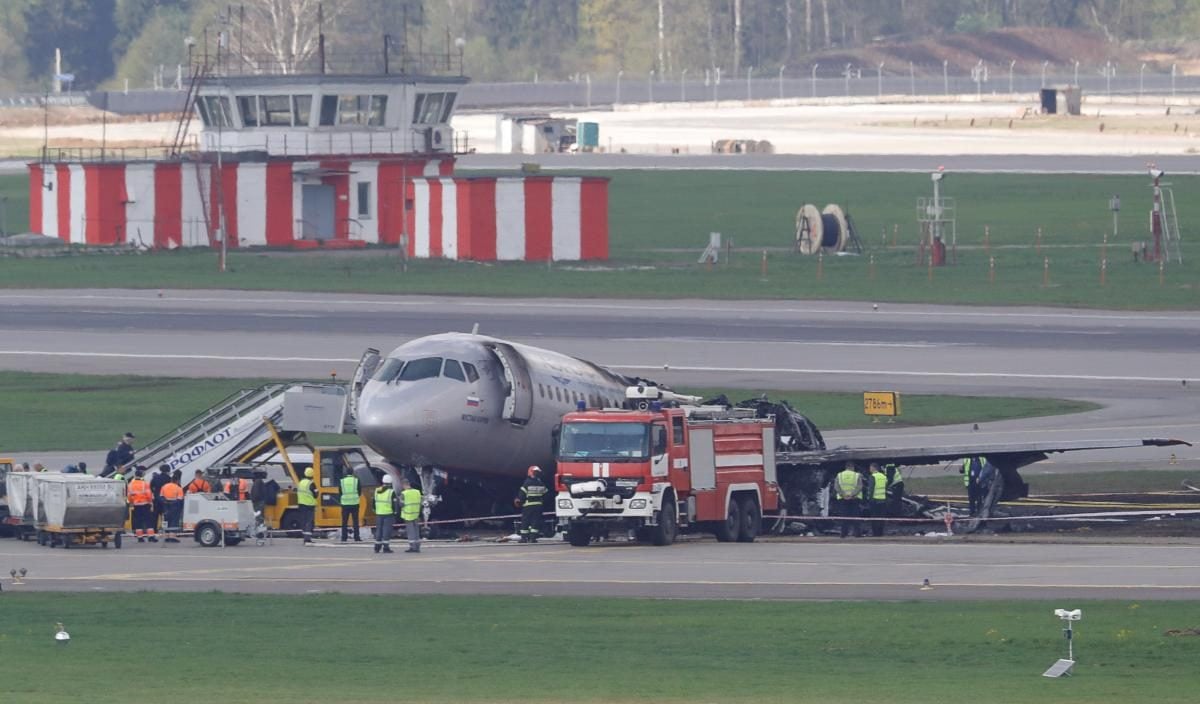 In a situation where a lightning strike led to a failure of automatics, it is necessary to stop the operation of all Superjets until the circumstances of the accident are determined and measures taken so that such disasters do not recur.

The crew requested an emergency landing and began to land with full tanks, so the landing was overspeed vertically and horizontally. In the face of automatics failure, the aircraft becomes difficult to control, control becomes inaccurate, jerky, and complicated. That is why there was a "stump" on the runway – a rebound from the tarmac. According to all the rules, in such a situation it is necessary to go for a second attempt – why such a decision wasn't made is difficult to say now. Obviously, the pilots proceeded from the fact that the runway at Sheremetyevo was very long and would be enough for a mid-range plane even in emergency conditions.

The video shows that the last hit on the tarmac was very hard – as a result of the landing gear penetrated fuel tanks. Next there was fuel leakage and ignition. In fact, it was inevitable, because the plane landed engines down. It is important that the front landing gear remained intact – it could be used for steering, and at the last moment the plane turned more than 90 degrees. Due to this, it got out of the puddle of kerosene and there was space to release the rescue ladders and begin evacuation... 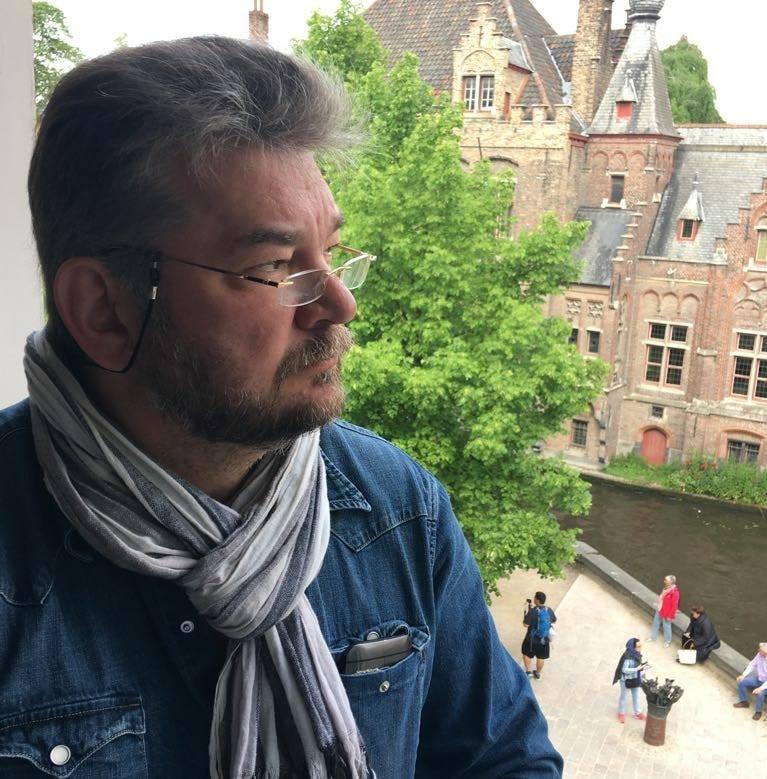 That is, most likely, this is a complex of circumstances that led to the accident – from equipment to the actions of pilots, right?

It is for the investigation to find out whether the crew are to blame or not. There are a lot of factors that are still unknown. But the fact that a thunderstorm should not lead to such consequences is true. High-quality equipment must fend off human errors, not aggravate them, as happened in this case. In the end, we don't live in the era of the Wright brothers, it's the heyday of aviation now.

How do you rate airport emergency services' response?

I believe that the airport wasn't ready. The pilots did not report that they did not get the gear out – in this case, ground services should have used foam on the strip. But, although the pilots did not report a fire on board either, with an emergency landing of an aircraft with its tanks full it should be clear that the consequences may be far from the normal situation. Fire trucks must be on standby. And here we see: there is an evacuation underway but there are no firefighters in place.

I am simply enraged by the airport’s statement that the evacuation was carried out within 55 seconds with a protocol allowing 90 seconds. The norm would be the evacuation of the entire cabin, of all people! They did not save all passengers, and, therefore, did not comply with the protocol.

The footage shows that some passengers left the burning plane with suitcases on them. What do you think about this? 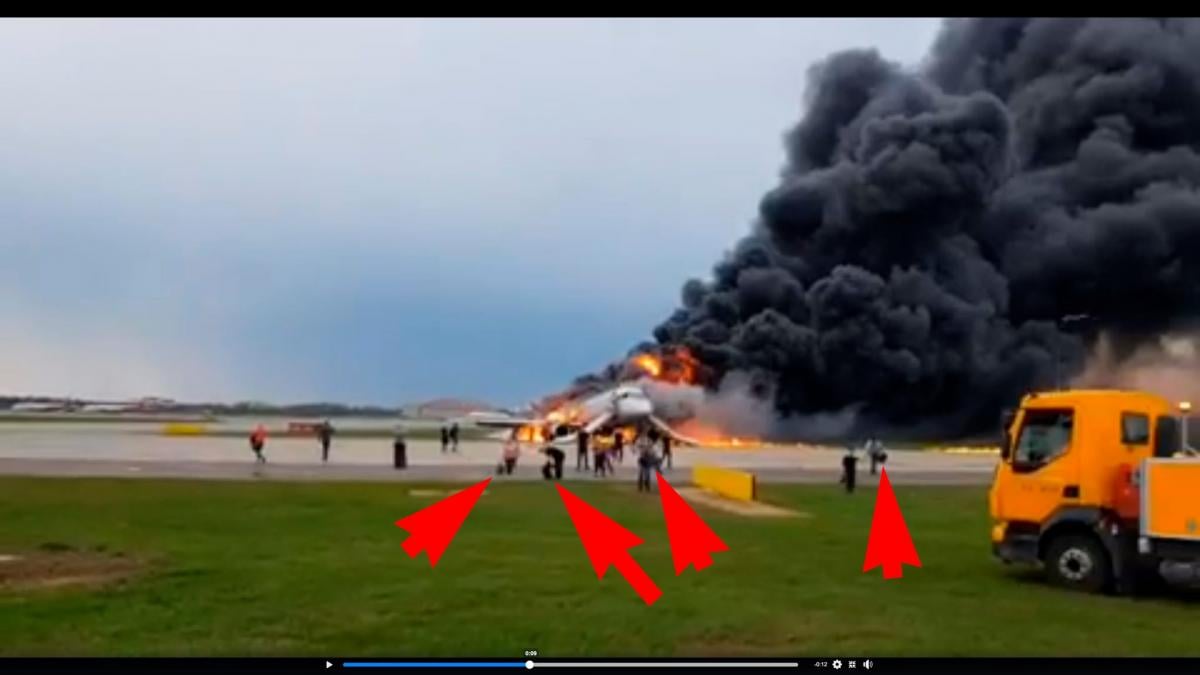 This is monstrocity, this is mischief, and violation of all instructions. I am convinced that when the decision was made to make an emergency landing, the flight attendants went through the rows and instructed passengers on how to behave. But, it is human nature. In the fire at the Zimnyaya Vishnya shopping mall, many were also eager to save their belongings, not people.

The 90 seconds norm for the evacuation of passengers of all civil aircraft was not introduced by chance. Smoke is in the cabin and people lose consciousness. When they save bags, they waste precious seconds. The very fact of people running along the runway with suitcases screams violation. Every saved suitcase is someone else's life. Only 37 people were saved, and 10 suitcases. If it were not for the bags, there could have been more survivors...

Then the crew rushed, and crashed into a mountain.

Nevertheless, since then, despite all the complaints from the airlines, this plane was operated without emergencies with victims...

This plane was born in a very inconvenient time – it was the collapse of everything and everyone. The plane was made by an acclaimed company, which, however, had no experience in the field of creating civilian aircraft. Moreover, it made it well. In order for the liner to be certified abroad - and there is a very large percentage of imported components, 70 percent, everything is not Russian-made there, by and large – they needed to put a great effort. Aircraft's problems are not technical, but logistic. Everybody refuses to use it because over all these years, the system of supplying spare parts has not been established. As a result, the aircraft spends more time grounded than flying. Sometimes airlines dismantle one aircraft so that others can fly. Flight time is 3-4 hours per day on average. In aviation, there is a simple rule: an airplane makes profit when it flies and it brings losses when it's grounded. The problems of the “Superjet” are not technical, but organizational. Therefore, against the backdrop of competitors, it looks weak.

From the point of view of reliability for a passenger, I would not rush to criticize it. I flew on it and very biasedly examined it – I did not notice any visible flaws. It's OK. In fact, this is the first accident with casualties. In Indonesia, the plane crashed during a demonstration flight, prior to transfer to the customer and the beginning of operation. 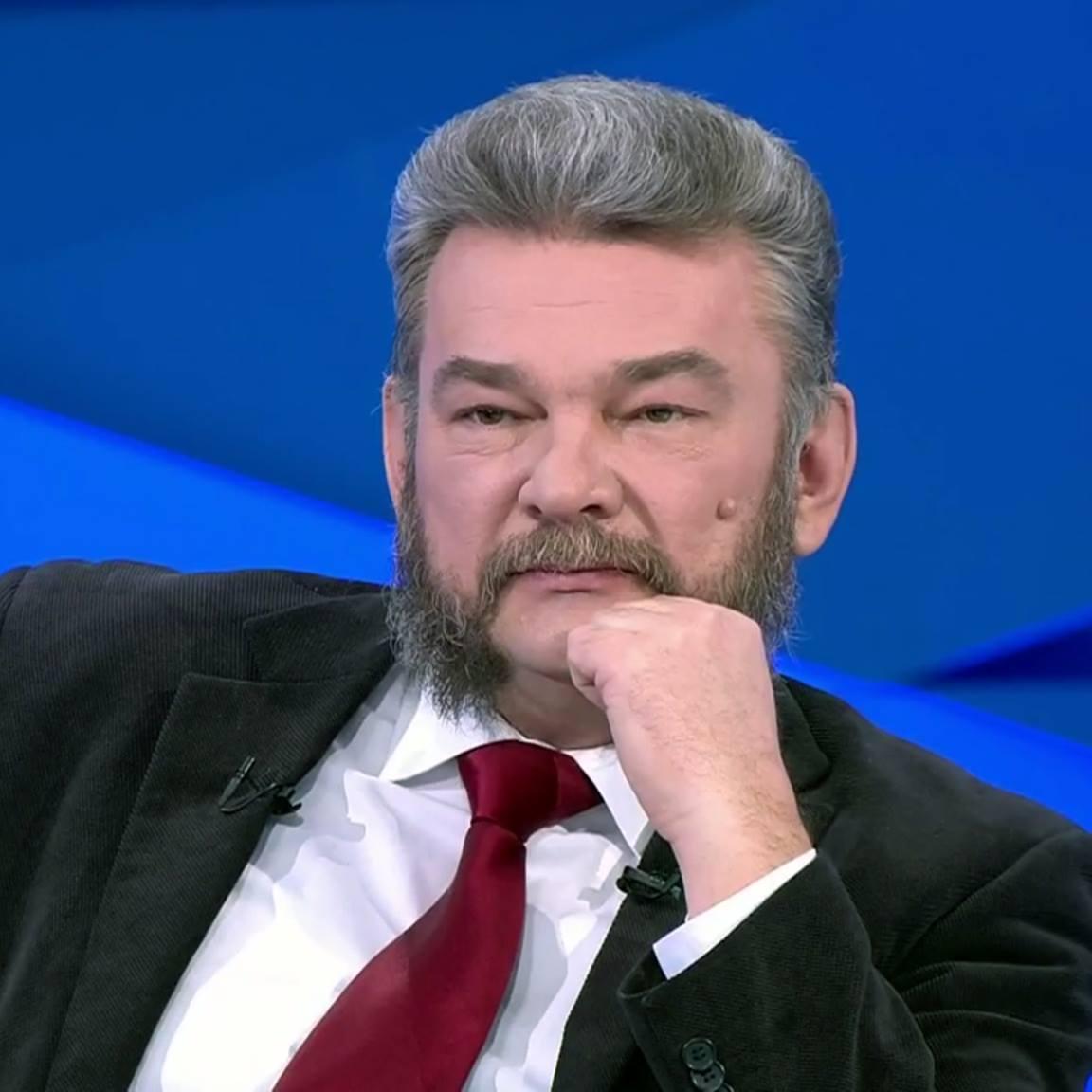 What are the implications for the Sukhoi SuperJet program?

It is hard to say. It is necessary to urgently stop the operation of all such aircraft and figure out what happened. There is a good example - the Boeing 737-8 MAX. Whern it crashed for the first time, the operation wasn't stopped; when it crashed for the second time, only then did they start to understand... Now it's 41 bodies! How many people need to be killed in order to find out why a lightning strike led to such consequences?!

Stopping the operation and refinement of the aircraft will only benefit it in terms of reputation.

That is how it should be. But how will it be? We live in Russia! It has already been stated that the aircraft will continue to fly. This means that getting into a thunderstorm could lead to similar consequences. The world is looking at it, wondering: if they react this way, can they be trusted and did they fix the problem? But the main thing for them is to report to the president. That's if without such report, emergency rescue services and investigation will not do anything!..

The strength of a nation is not determined by parades, but by responding to such extreme situations. Here the things are not well at all. We're cool with those tanks driving across the Red Square on May 9, but in such tragic situations, the response is not up to par.

Victory Day will be celebrated soon, and here we have 41 victims and a negative background, therefore, they will be shifting public attention...