Ukrainians on quarantine in California: wave of volunteering, harsh punishment for sanitizer speculators, and long lines to gun shops

The United States is so far ranking world's third in terms of the number of Covid-19 cases. Over the past weekend alone, the number of confirmed cases doubled and exceeded 40,000. One of the hardest-hit states, California, has been put on lockdown four days ago. UNIAN spoke with Ukrainians living in Los Angeles, San Francisco, and San Diego about how Californians comply with restrictive measures.

On March 20, California Governor Gavin Newsom introduced quarantine measures across the state to prevent the spread of coronavirus. He urged residents to stay home and only go outside when the need is urgent. The reason for the move was predictions that 25.5 million people in the 40-mln state could contract COVID-19 in the next two months. That is, over 55% of the state population.

Quarantine in California is one of the most stringent ones in the United States. However, according to state residents, not everyone started adhering to its rules immediately.

According to Oleksandra Pekarska-Bozhenko, who lives in San Diego, despite the fact that no one is getting fined for violating the quarantine regime, the city is more or less adheres to the new rules.

"Some are scared, while some – mostly young people – ignore the whole thing. But people maintain social distancing. Everyone able to work from home does work from home. Those employed by facilities that are still operating still go to work," she says.

Movie theaters, exhibition centers, and concert halls have been shut down. Construction was suspended.

"Restaurants are allowed to deliver food and sell takeaway. At the same time, bars, beauty salons, and fitness clubs are closed. Many businesses (clothing and technology stores) send employees on paid vacations. But everyone understands that a certain number of people may lose their jobs. Also closed are kindergartens, schools, and interest clubs (school and university students study online). Only childcare groups work for those who can't work from home. Authorities advise parents not to bring kids to playgrounds because the virus lives on those surfaces for a very long time. Kids easily pick it up and infect older people," says Oleksandra. 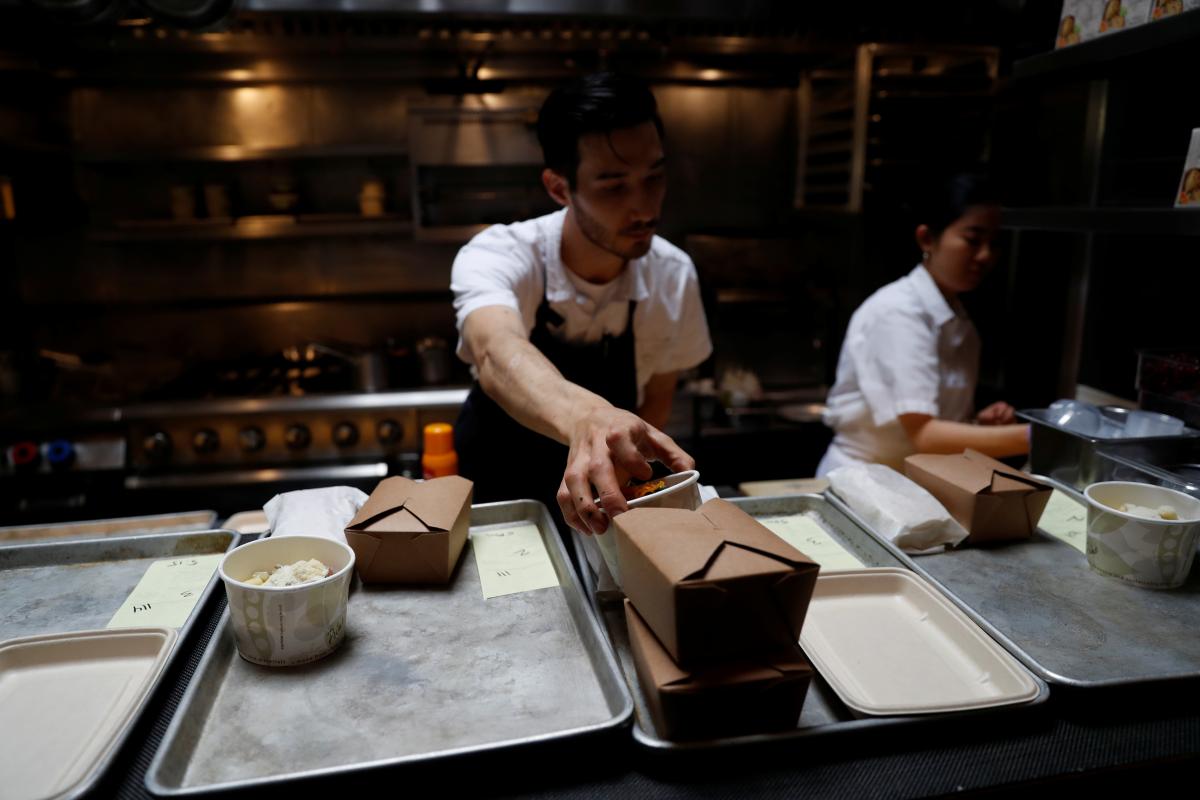 "There's limited attendance in grocery stores, everything is well sanitized. Employees work in gloves. Some 30% of patrons wear masks, much more sport disposable gloves," says the resident of San Diego. "Medications and food – they have it all. It gets sold out from time to time, but nothing critical. There are no sanitizers, antiseptic detergents, and masks. You can also see toilet paper in stores rather rarely."

According to Oleksandra, there were speculation attempts in San Diego, but the authorities quickly put them to a halt.

"Generally, such things are strictly punishable," she emphasizes. Currently, local press reports that eight San Diego County residents have been arrested on suspicion of hiking prices for goods that were in shortage in the context of a coronavirus pandemic, such as toilet paper and hand sanitizers. In some places, prices have been hiked twenty-fold. This violation is punishable by a maximum term of imprisonment of up to 12 months or a fine of up to $10,000, or by the same fine and imprisonment, local media wrote.

"The authorities ask people to be aware, to observe quarantine conditions, and not to panic. Many celebrities on social networks are also urging people to stay home – such as Pink and Lady Gaga. Talk show hosts like Jimmy Fallon do shows from home," says Oleksandra.

In general, she said, San Diego is more or less adhering to restrictive measures: “At least I didn't see any complaints about people being held in quarantine. Everyone understands everything. We have a city where almost everyone drives a car, so there's not too much contact with each other. And the largest clusters of people, such as schools, are now closed." 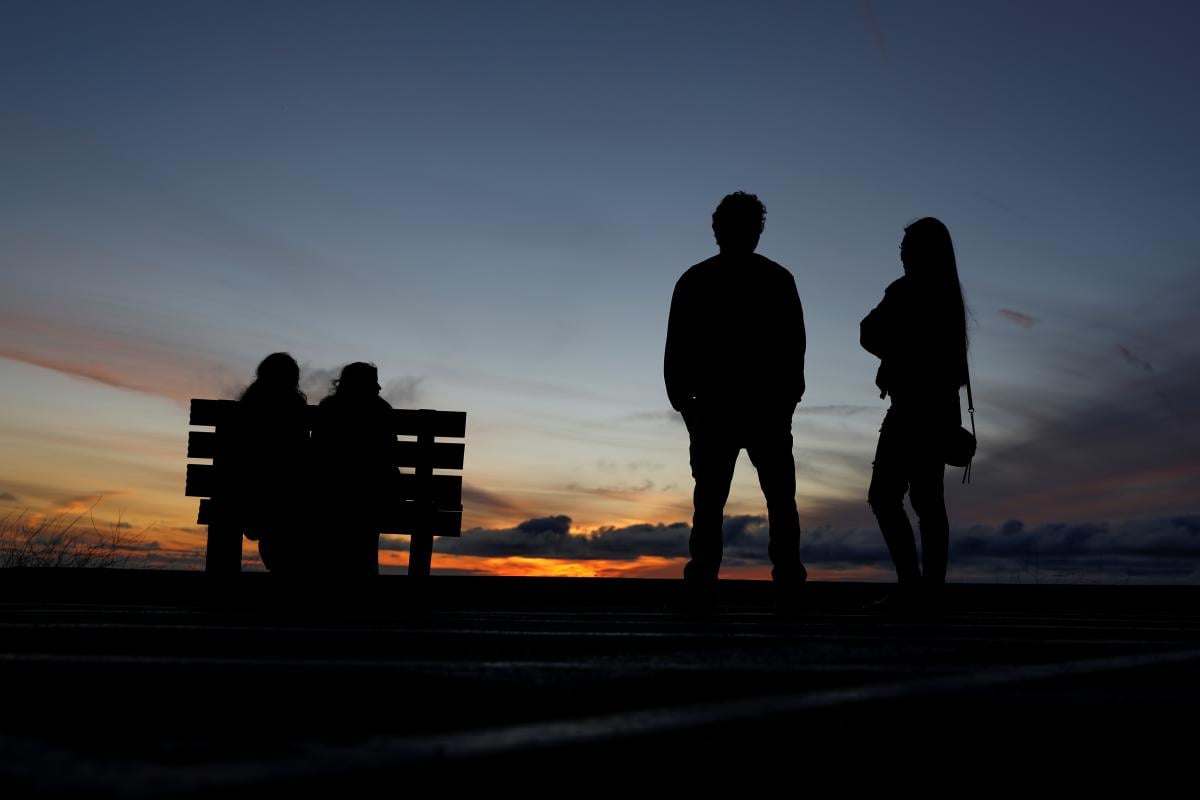 Los Angeles: People chilling outside despite quarantine, social aid, and a wave of mutual assistance

In Los Angeles, the situation is a bit different. According to Iryna Kolomiets, who lives in the city, people are only human after all and not everyone realizes how real the threat of infection is.

"According to the lockdown rules, we can go grocery shopping, to a drugstore, or to buy essentials. We can also walk around the neighborhood, and go hiking. Officially, all playgrounds and parks are closed, but people don't care and just keep spending time there. There are a lot of people hanging out in large companies, chilling at the beach," she says.

Also, Iryna says, LA residents don't adhere to precautionary measures too much – they don't wear masks and they can't help touching their faces.

"We would go grocery shopping and 99% of people wouldn't wear masks, looking at us as we were some kind of weirdos. Authorities promised to impose fines for non-compliance with restrictive measures, but also said that they would not enforce the new rules too strictly," says Iryna Kolomiets.

Most stores have all the goods available, but limits have been set on purchases. Most often, it's two pieces of whatever per customer.

"At the start of quarantine, there was a problem with toilet paper, soap and sanitizers, but now things are getting better. Some shops have managed to reorganize supplies and brought more goods, so they have pretty much anything. But in some shops, shelves are empty. You can't order any of deficient stuff online – there's nothing available. There were attempts to resell essentials online, but law enforcement worked well and those who got caught will be held liable," says Iryna.

"It is unclear when the quarantine will end, it all depends on how the situation will develop. It is possible that they can introduce such a strict lockdown, as in Italy. And, in my opinion, that would be right, ”she adds.

Iryna's daughter is now studying online as schools have been shut down until May 5. But Los Angeles doesn't rule out that schools will not reopen this school year. 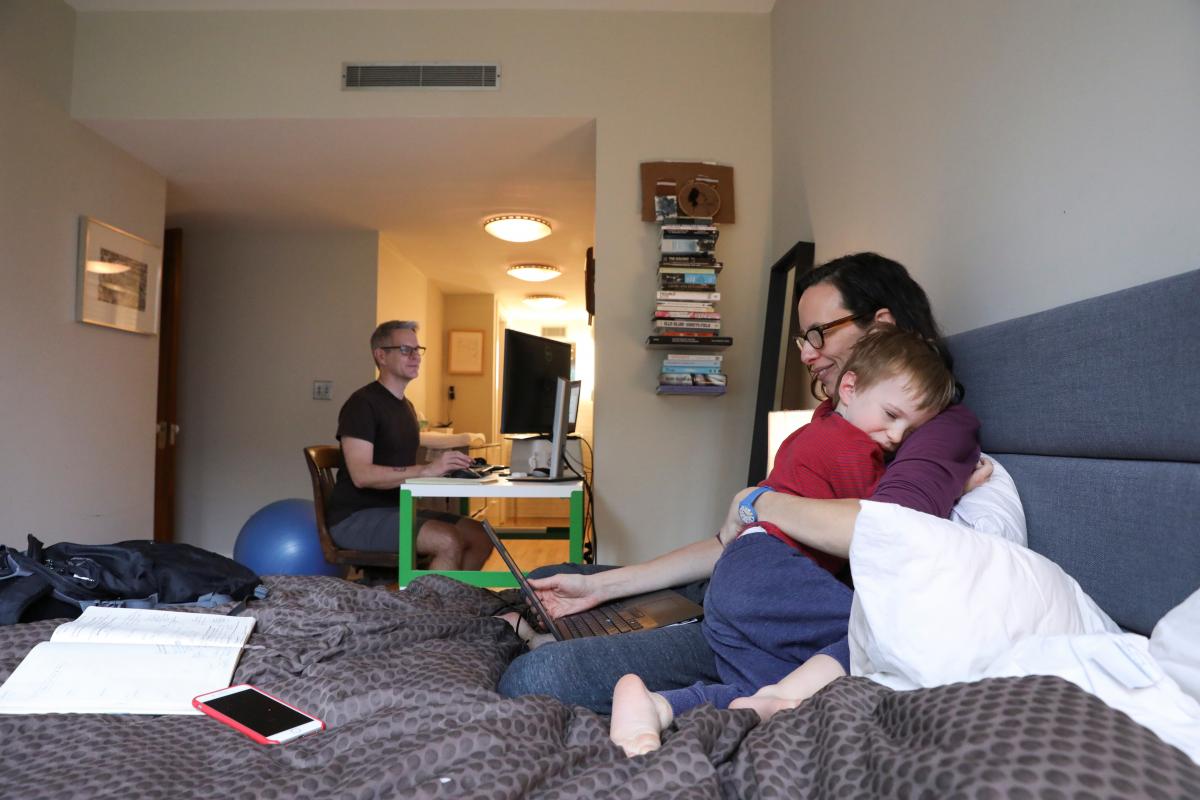 "In general, many try to help each another. You can often see ads for the elderly with the names and phone numbers of volunteers who are ready to do shopping for them. There are also online lists of those who are ready to help and distribute or deliver groceries. People try to support small local businesses and often order ready meals there. There are aid points for those who are struggling to make their ends meet: people are offered free vegetables, fruit, juices, meat, milk, etc." says Iryna.

To help California residents get through the crisis with fewer troubles, the authorities are talking about freezing loans for 12 months so people can get back on their feet and pay again, as usual. They also talk about freezing rents.

"But we are yet to see whether this will become a reality," says Iryna Kolomiets.

By the way, not only the Ukrainian authorities have a tradition to offer one-time payments to citizens. Authorities in California are also considering issuing additional funds to the public (approximately $1,000 per adult and $500 per child).

"In some areas, this help might be significant, but in cities like Los Angeles or San Francisco, this amount will be enough only to cover food needs and some bills. In most cases, it won't be enough to pay rent or loans. But this is still aid that many will find helpful," says Iryna. 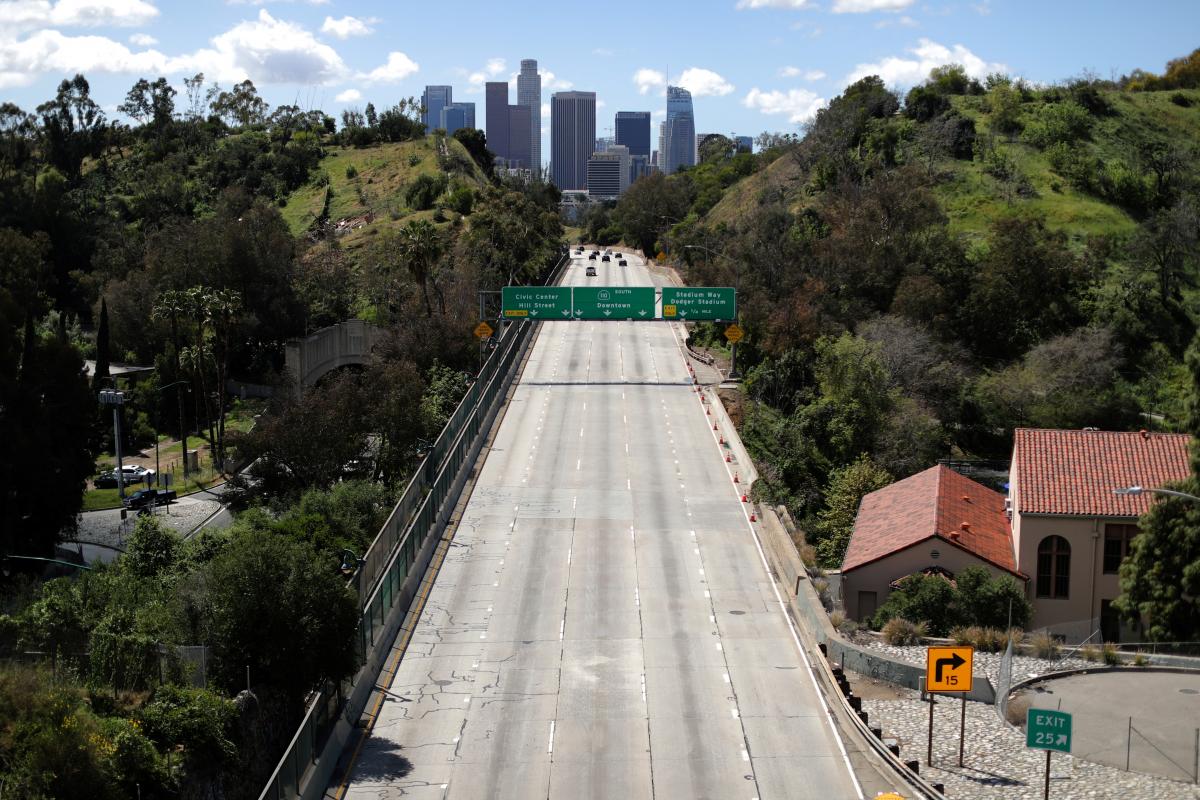 Vadym Onyshchenko, who lives in San Francisco, wouldn’t mind such assistance. According to him, the authorities promise to pay $1,200 within nine weeks to all taxpayers with income below $75,000.

"Officially, quarantine has been introduced until April 3, but it's likely to be extended," Vadym says. "That's despite the fact that California isn't the leading state in terms of infection cases, like, compared with New York, the National Guard was pulled into the state. Of course, this is not like in Italy, they aren't restricting freedom of movement, but their very presence is nonsense for San Francisco."

According to Vadym, despite quite severe restrictive measures advertised on television, in other media, and on social networks, including through influencers, NBA and NFA stars, people are not too concerned about complying with quarantine rules. "Some actually stay home, while RV owners, for example, easily drive off to spend time outdoors," he says.

"Everything is closed in the city – churches, restaurants, shopping malls… Grocery stores and gas stations are still open. In the first days of the lockdown, Americans have swept off the store shelves all toilet paper. There are no antiseptics and facemasks anywhere. Cheap bottle water has been sold out. Some's left at gas stations, but they're selling one gallon per customer. There's no fresh meat (only pork ribs left on the shelves), no canned meat or fish, only vegetables. No eggs. Cheap beer and wine are being quickly swept away. Only imported alcohol is available in sufficient amounts. Also, quite a lot of people get in lines of 15 to 20 to the gun shops," Vadym sums up.

And while Californians, in anticipation of a protracted lockdown, stock up on products and ammo, U.S. President Donald Trump has said that the authorities will not allow COVID-19 restrictions to turn into a long-term financial issue.

"America will again and soon be open for business," Trump said.

According to him, in some states with relatively low infection rates, economic activity can be restored. However, California, although not being in the lead in the number of coronavirus cases, is not in the list of such states.