On December 13, France will hold the second round of regional elections, which are considered a dress rehearsal before the parliamentary and presidential elections in 2017. UNIAN gathered expert opinions on what the change of the French political elites would mean for Ukraine.

In the first round of local elections, the far-right National Front led by Marine Le Pen showed the best results in six out of 13 regions of the metropolis scoring 27.88% of the votes across the country. At the same time the Republicans Party led by Nicolas Sarkozy, in alliance with the centrists, took 26.98% and topped the lists in four regions. The ruling Socialists led by Francois Hollande received 23.33% becoming leaders in only three regions.

On the eve of the second round, the leaders of the Socialist Party called on party members to abstain from participation in the second round of elections in those regions of the country, where the far-right National Front won the most votes. According to the first secretary of the party of Jean-Christophe Cambadelis, this way the Socialists intend to set up a "Republican obstruction" to the ultra-right.

In turn, the leader of the center-right Republican Party, former French President Nicolas Sarkozy ruled out the possibility of withdrawing the party’s candidates and creating a coalition with the Socialist Party of Francois Hollande before the second round of regional elections. According to Sarkozy, he "heard and understood the profound disappointment” of the French citizens.

The fuse against the populists

Despite the fact that such a failure of the traditional parties made the local political elite plunge into a state of despondency, there is no reason to expect the same resounding success of Le Pen in the second round of regional elections, said the political scientist, director of the Institute of Global Strategies, Vadym Karasyov.

In particular, that’s because the French electoral system aims to ensure that the two key forces dominate in the representative bodies – left-socialist forces, led by Francois Hollande, and Sarkozy’s Republicans. "The radicals are screened out in the second round. Moreover, [the radicals’ success in the first round made the moderate political forces realize the seriousness of a threat and mobilize," he said.

As for the future elections to the National Assembly (the lower house of parliament), the expert says that the outcome of the elections in the country’s west usually differs from that in a national campaign. That is, while the non-system parties may win at a local level, the voter does not dare entrust power to all sorts of radicals and populists at the national level. 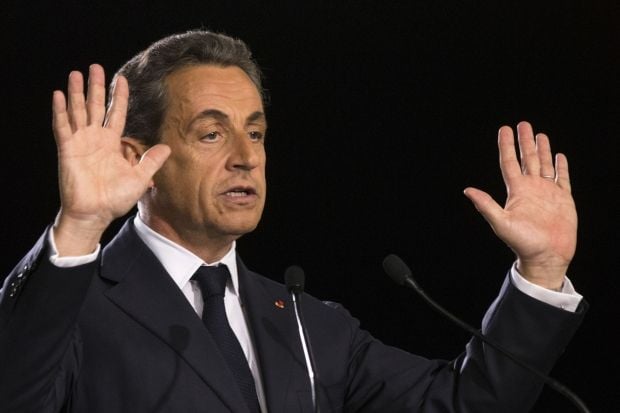 According to the diplomat, an expert at the Maidan of Foreign Affairs foundation, Oleksandr Khara, the success of the extreme right in France has been forecast, in general, as this is a pan-European trend in the wake of terrorist attacks and problems with the wave of refugees from Syria. "These are the reasons why societies resort to extremes. And it is the National Front of Marie Le Pen which resonates with anti-immigrant sentiment, opposing the EU as an institution. So, of course, the French voted exactly for the National Front,” he said.

The success of the extreme right in France has been forecast, in general, as this is a pan-European trend in the wake of terrorist attacks and problems with the wave of refugees from Syria.

Besides, the choice of the French is influenced by economic problems. "People see what is happening, and they blame the EU as an organization, and its member states want more sovereignty and independence,” said the expert. “All of these sentiments are pushing the majority of society toward radical views, in particular, to the extreme right."

However, according to the diplomat, as in all normal countries, if people see that some extremist force can win the elections, it encourages others, more informed people to mobilize and also cast their vote. Therefore, the second round may see either a leveling of forces, or the balancing of the results obtained by Marie Le Pen in the first round.

In turn, the political analyst at the Institute Euro-Atlantic Cooperation, Volodymyr Horbach, notes that increased anxiety about the outcome of the French local vote is premature. "These are the elections in local communities, and there may be any kind of coalitions. In addition, these authorities do not deal with security of foreign policy issues. Therefore, as a rule, regional coalitions are made up by the arithmetic of the vote in each municipality. As a rule, the National Front remains beyond the coalition framework, but if such coalition can’t be formed without it, the systemic parties do work with it in a coalition," said the expert.

However, whatever the local results of the radical forces, the ruling socialists should think seriously about the upcoming parliamentary and presidential campaigns, especially considering that the Socialists have no new leader while the leadership qualities of Francois Hollande raise many questions. "Now that the role of military geopolitics is growing globally, there is a demand for strong leaders,” said Vadym Karasyov. “Why does France have plenty of Vladimir Putin’s sympathizers, both implicit and explicit? Or why are there so many sympathizers of Recep Tayyip Erdogan in the Middle East? There is a demand around the world for strong leaders amid instability, when all institutions are being destroyed, scattered, softened and becoming jelly-like." 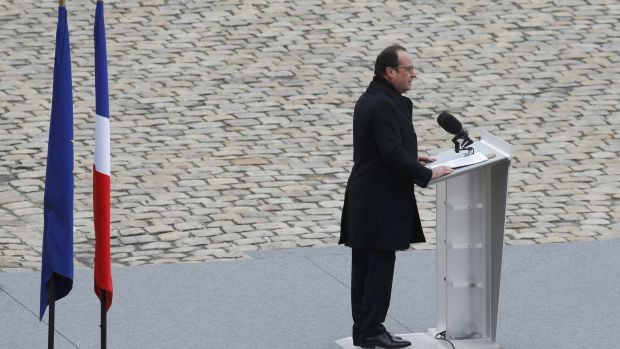 In the context of the war on terror, increased terrorist threat and militarization of geopolitics as a key factor in foreign relations, France may see a demand for the new Charles de Gaulle, with Nicolas Sarkozy actively pressing to be one such leader. The latter, according to Karasyov, is clearly shifting to the right, moving closer to Putin and Russia, pushing out the National Front of Marie Le Pen.

In the context of a war on terror, increased terrorist threat and militarization of geopolitics as a key factor in foreign relations, France may see a demand for the new Charles de Gaulle, with Nicolas Sarkozy actively pressing to be one such leader.

Therefore, the main intrigue of the upcoming parliamentary and presidential elections in France is a competition on the right wing. "This means that the main battle for power will be between the Republicans (Sarkozy) and national-populists (Le Pen), while France’s traditional left political culture, now embodied in Hollande and the Socialists, is perhaps unlikely to play a decisive role in the upcoming election campaign," said Karasyov.

In turn, Volodymyr Horbach believes that Sarkozy is a likely winner in this possible duel victory. Sarkozy really is controversial, and he can hardly be called a good friend of Ukraine. We should remember his claims of legitimacy of Crimea’s pseudo-referendum held at Russia’s gunpoint, as well as the visit of the members of his party to the illegally annexed peninsula. However, his flirting with the Russian political leadership is not some new precedent in his biography. "The current French President Francois Hollande would be more appropriate for Ukraine, but Sarkozy is also not Le Pen. It’s just that, as a public politician, he seeks revenge and tries to flirt with the public mood persistent in French society today, and to take advantage of all possible allies, including the foreign ones," said the expert.

All French politicians try to consolidate as much votes as possible, including Hollande with his visit to Moscow. His flirtation also dictated by political infighting, Horbach said. Therefore, in his opinion, the game of the French officials (no matter, whether it will be Hollande or Sarkozy) with Russia will continue until the completion of a presidential campaign in France. Right after the election, the new French president will act solely in accordance with the national interests of France, rather than his political ones.

In turn, political analyst Taras Chornovil considers the increasing role of Le Pen and Sarkozy in France a negative signal for Ukraine. He believes it is clear signal that destructive processes are developing across Europe. "The outcome of these elections is the result of skillful manipulations on the issue of a migrant crisis,” he said. “It should be noted that this crisis has for some reason arisen at the time when it was beneficial for Russia, as it attacked the unity of the EU on the eve of the elections, rather than emerging before, at the time when there was the highest number of casualties in Syria, when there was a terrible rampant war."

In this regard, according to Chornovil, "there is a growing suspicion that this flow of refugees to Europe was well orchestrated." The political analyst recalls that refugees have "suddenly" and massively rushed to Europe just at a time when Russia became actively involved in the Syrian conflict - first politically, then with its bombing campaign. And no one can explain why the refugees did not pour into Europe in the early stages of the Syrian conflict when a quarter of a million people were killed. "This resulted in the victories of the pro-Russian forces, or the forces tolerant to Russia, in the EU; those who have always been eurosceptics with radical sentiments," he said. 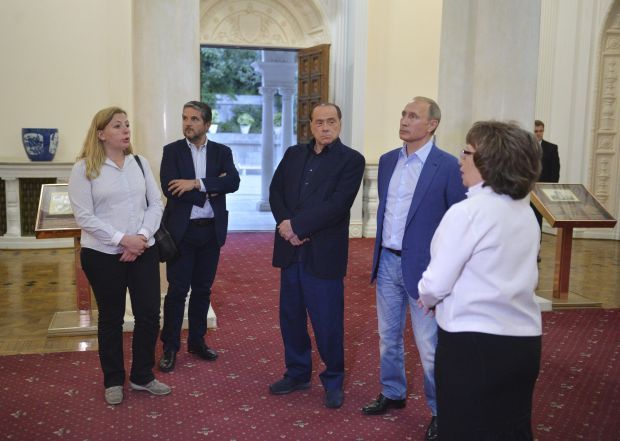 According to the expert, marginal, radical, anti-European and revisionist forces may also win the elections at different levels in other EU member states, and it is "part of Russia’s well thought-out plan."

Chornovil is convinced that the outcome of the second round of the French elections can be predicted: the population will shift to the right sharply and start practicing the principles of isolationism. And this euroskepticism is the very essence of the parties, supported or funded by the Russian Federation, or friendly tied with Moscow else wise.

Marginal, radical, anti-European and revisionist forces may also win the elections at different levels in other EU member states, and it is part of Russia’s well thought-out plan.

The political scientist believes that this outcome is a sign of weakness of democracy, which cannot withstand a well-orchestrated direct challenge and direct sabotage. "The Russian presence in Syria, the flow of refugees into Europe and the victory of Le Pen in France - it's all interconnected; but the democratic institutions are simply not able to oppose it," the expert says.

So, if Russia remains in a current status, to a greater or lesser extent, at the time of parliamentary and presidential elections in France, the political scientist suggests that Moscow will use Paris to destroy the policy of sanctions and the unity of the EU. In this regard, Kyiv needs to do as much as possible, while France is led by the authorities loyal to Ukraine – the Socialists. Chornovil believes that in the future, we can lose France as a partner, and Russia can find certain leverage in the ranks of the new French political elite.

Moreover, it is not necessarily that such forces as the French National Front or the Hungarian Jobbik, directly related to Russia, take over power in the EU member states, according to the expert. "Some EU states may be led, for example, by political forces like those of Silvio Berlusconi or Nicolas Sarkozy, that is also connected with Russia, but also being nationalistic and selfish, therefore not being ready to concede," he said.

Such future outcome of the elections in the EU will lead to greater imbalances since euro skepticism is growing across Europe today, as well as the role of the anti-European, fascist and right-wing parties. These are the forces that could tear the EU apart and become its gravediggers.