Bellingcat, the expert and journalist team investigating into the downing of MH17 over the Donbas sky in July 2014, recently announced it brought the number of the Russian soldiers possibly involved in this crime down to 20 people. In an exclusive interview with UNIAN, the founder of Bellingcat, Eliot Higgins, has revealed some details of his investigation.

The report holding the names and the photographs of the Russian troops involved in the MH17 crash, according to Bellingcat, was handed over to the Dutch prosecutors two weeks ago.

Earlier in the past year, the Bellingcat team found out that it’s the Russian 53rd air defense Brigade based in Kursk which is actually behind the tragedy with flight MH17.

Are you done with this investigation?

We have spent a year just looking at those members of the 53rd Brigade [anti-aircraft brigade stationed in Kursk]. It’s kind of difficult to know where to look next. We have already gone through every single scrap of social media we can find related to this incident. So I think we’ve pretty much exhausted that. There might be new things that surface, and new information that appears we should all take a look at.

Are you planning to publish this report on your website?

We are planning on January 25 to do a redacted version of the report, which will have most of the same information but we’ll redact the names and the identities of the individuals, but it’s a 123-page report, and there’s plenty of relevant information in there.

We have people doing Russian language articles that we have translated. Now we’re looking for funding to do a Russian version of Bellingcat, because there’s such an interest coming from the Russian language organizations and individuals about open source investigation. We really want to encourage that by having a Russian-language version. I think we’re talking about GBP 50,000-60,000, that’s really just a pay for a translation of the articles. We have a team of volunteers, but I’d rather be able to hire them full time.

How many pictures and videos have you gone through?

The process is that we had to find a name, and we can figure out someone’s in the 53rd Brigade, and we’d look at all the friends they have, look at all those accounts and see if they’ve got any relatives… There’s probably hundreds if not thousands of relevant pictures that we’ve looked at.

But how do you know that it’s not a fake, that it really is solid information? Do you know if the Joint Investigation Team can trust the information that you provide?

A lot of people think about this stuff as it’s just a photograph on the Internet. What they don’t think about is how that photograph is then connected to other information. So if we have a photograph of a soldier it’s not just a guy standing in a field. Then we have his name, his social media profile, we look at his activity, we see who his friends are, we see his friends also in the same unit [taking part in attack on MH17]. We build up a network of information around the individual images, and this is an important part of our process.

You have at least 20 people on the list. But is it possible to identify among them a person who really pushed a button or gave an order?

We said there were 20 people [those involved in the downing of MH17]. Those 20 people are basically the commanders, the brigade leaders, the battalion leaders, the system leaders, the kind of people that orders would have been passed through. Then you have those individuals who are the kind of the commanders of the individual missile launchers. There are also individuals who seem out of the ordinary, who we knew were part of the convoy, people who we were not expecting to see part of that convoy, I can’t say much at the moment, but they seem suspicious. So they’re also part of that twenty. We’ve tracked the convoy of the 53rd Brigade on June 24-June 25. That was made up of multiple soldiers, multiple vehicles, transport units. These people traveled together as a unit all the way down towards the border with Ukraine We’re talking of maybe around 100 people or so. And these are all people who are part of the same unit. So they observe what they’re doing, they know that they travel down as a complete unit with all the systems in place. So if one of those systems disappears one morning and a few of the soldiers disappear, they’re going to notice that. Even though they’re not part of that core twenty, they’re still going to be witnesses to what happened in that camp. They talk to each other. They’ll have good idea who went across the border and who didn’t. 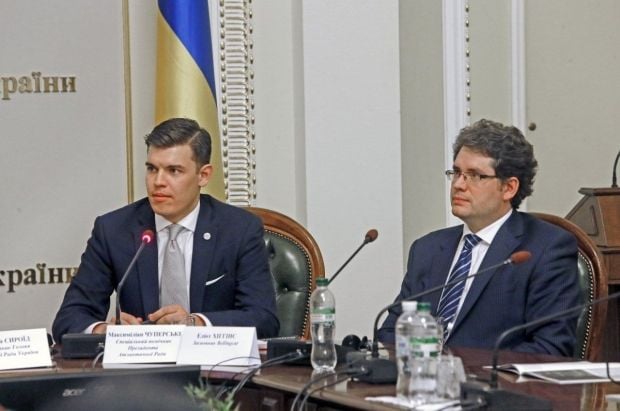 Do you believe that Russia will allow these people who are really involved in this crime to be in court?

I very much doubt it. I’m sure, if they get interviewed, which I doubt, they’ll be very well briefed beforehand about what they should be saying and what they shouldn’t be saying. And it’s very difficult to imagine a scenario where they will be in court. What we have at the moment is that the lawyer, Jerry Skinner, who represents the victims of the PanAm 103 Lockerbie crash, which Libya eventually admitted responsibility for thanks to his work [PanAm passenger jet was brought down by an explosion of a bomb planted onboard on December 21, 1988. 243 passengers and 16 crew members died in a crash], he’s now going to the European Court of Human Rights with a case against the Russian Federation and [Russian President Vladimir] Putin himself about what happened to MH17 and about Russia’s involvement in Ukraine. There has to be publicity surrounding what Russia did, the fact that there are witnesses and they need to be spoken to, and that Russia lied repeatedly about the MH17 case.

Are there any signs of involvement of any higher rank Russian military leaders?

We can only assume that the soldiers who drove across the border and shot down MH17 had orders to do so. There are people of different ranks those orders would have been passed through. So, where that order originated from, I would assume that it would have been up fairly high, and that it would have gone down through the ranks. And if it had been skipped over the ranks, I’m sure the people of various ranks would be very aware of what was going on.

Talking about this crime, what is your personal opinion? What happened? Did they really target this exact aircraft, or any aircraft, or was it a stupid mistake?

It’s possible that they targeted an aircraft thinking that maybe it was a Ukrainian transport aircraft, a military air transport, not realizing that it was in fact flight MH17, and then they shot it down accidentally. We of course know that a couple of days beforehand a Ukrainian An-26 military transport aircraft had been shot down, so this may have been another attempt to repeat that.

Do you expect any feedback from the Netherlands?

We’re in contact with the Dutch police. I’ve been interviewed twice as a witness, they took a lot of interest in a work we’re doing. They don’t tell us very much. They say “Thank you,” but they never say about any details of the case.