Lawyer Nikolai Polozov: Discontent with government in Russia is growing, but people will put up with it because they are afraid that things could get even worse

Russian lawyer Nikolai Polozov sat down with UNIAN to talk about possible implications for Russia and its closest neighbors of Vladimir Putin resetting the count of his presidential terms, on why Ukraine shouldn't believe one should not believe Russian negotiators offering to release Ukrainian prisoners in exchange for relaunch of freshwater supplies to the occupied Crimea, and on whether rallies against the Russian government are bound to lead to anything more significant.

Nikolay Polozov is one of the most acclaimed Russian lawyers in Ukraine. He represented a number of Ukrainian political prisoners and coordinated their defense, including for Ukrainian Navy crews  captured by Russians near the Kerch Strait in November 2018.

Judgments handed down by Russian courts are predictable, not differing much: Ukrainians are always found guilty and sentenced to long prison terms. In such cases, Polozov emphasizes the fact that they are politically motivated, and tries to bring them into the brightest public spotlight. As a result, under international pressure, sooner or later Vladimir Putin agrees to do the exchange. This was the way Ukraine got back Nadiia Savchenko, Ilmi Umerov, Akhtem Chiygoz, and 24 navy sailoirs.

In an interview with UNIAN, Nikolai Polozov told what Russians and the rest of the world should expect from the recently-passed amendments to the Russian Constitution, which secured for Putin a safe stay in power until at least 2036.

What changes can be expected in Russia after the reset of Putin's presidential terms?

No sharp turns should be expected. Everything will move along the path paved back in 2014, after the start of aggression against Ukraine – occupation of Crimea and the outbreak of war in eastern Ukraine. This will be a gradual departure from cooperation with other states and a further shift towards self-isolation. This will be about a tightened domestic political situation and harsher repression. The latest changes to the Constitution simply drew a de jure line under what has already been in place de facto. Legislation will be updated following constitutional amendments. Neither Russians nor those living close to Russia should expect anything good. 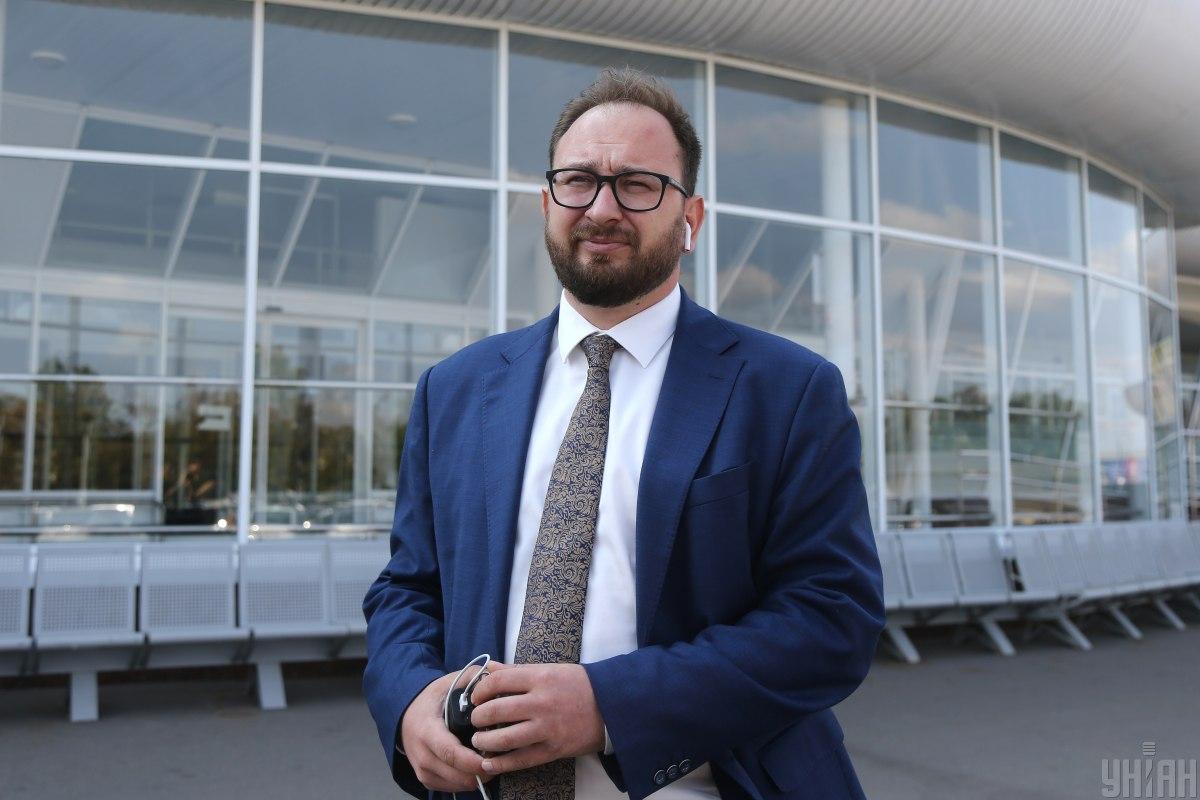 The State Duma has already passed a law banning the alienation of territories, including the temporarily occupied Crimea. How can this rule be applied in practice?

This article has actually been applied since 2014 – it was introduced after the Crimea grab. The article is titled "Public calls for violation of the territorial integrity of the Russian Federation." People in Crimea have already been persecuted under this norm. Ilmi Umerov was convicted precisely on these charges, now the same charges are being pressed against Refat Chubarov and Lenur Islyamov who are being tried in absentia. This is, first of all, about strengthening punishment. Now the maximum sentence is five years in prison, but will be up to ten years.

Russian State Duma Speaker Vyacheslav Volodin is already threatening with prosecution foreign politicians who declare that Crimea is part of Ukraine, not Russia, and that Ukrainian control must be restored over the peninsula. But what is this threat, really? In my opinion, this is a political baton Russia is swinging to calm itself down. This is like a mantra – "Crimea is ours", "Crimea is ours" – uttered in hope that someday it will actually be theirs. I don't see any real prospects for the extradition of any incumbent Ukrainian, European, or American politician. Most likely, cases will also be initiated in absentia against most vocal dissidents, verdicts will be passed, also in absentia, which Russian diplomats will be shaking in the face of UN, OSCE, and PACE officials. They'll say: "Look, 'Crimea is ours', Russian court has confirmed…"

Another factor is that verdicts passed in absentia have already been handed targeting many Ukrainian politicians. Some of the cases concern the Donbas events. Ukrainian military are accused of violating the rules of waging a conventional war, but this doesn't lead to anything. Although I don't rule out attempts to appeal for extradition of a number of them, attempts to abduct them, as was the case, for example, with Pavlo Hryb, who was captured on the territory of [the neighboring] Belarus.

Another question is that it is impossible to have Interpol put people on the wanted list on such charges. According to its charter, Interpol shall not prosecute anyone for their political views and political statements. And the issue of who Crimea belongs to is a priori political. It doesn't matter how Russian domestic legislation interprets the issue. Except for internal use, these innovations will have no prospects beyond Russian borders.

However, in special cases, could Russian government resort to abductions on foreign soil?

Why not? They sought to assassinate [journbalist] Arkady Babchenko in Kyiv. In 2013, Russian opposition leader Leonid Razvozzhaev was kidnapped in the Ukrainian capital. There have also been murders in other parts of the world. Everyone remembers the story in Salisbury with the Skripals' poisoning...

Of course, some will claim nothing has been proven, but we're well aware that, if necessary, such special missions will be executed. This is the Kremlin's traditional game. The Kremlin knows no other ways of operating, including in the foreign policy field.

Russian deputies, when discussing the ban on the alienation of territories, came to the conclusion that this doesn't mean Russia cannot acquire new territories. What do they need this window of opportunity for?

This is a sovereign state mentality that underlies the external political structure, proposed by Putin, which implies restoration of an empire within the former borders of the Soviet Union. Of course, Russia's rulers see the source of their legitimacy in selling people stories of the nation's greatness. But how is that greatness acquired? It's small victorious wars and chopping off pieces of land from neighbors. Remember Putin's words he voiced back in 2005, when he offered Latvia "dead donkey's ears" instead of giving back the territory of Pytalovsky district.

At the back of the mind of the current Russian regime lies greatness and imperialist features that they desperately lack. Therefore, legally, such schizophrenic constructions emerge in the legislative field, according to which alienation is banned, while grabs are okay.

So Ukraine is at risk. The occupation of just Crimea and the east of your country was a forced measure. In fact, their plans were far-reaching, up to and including creating a land corridor to Transnistria via Mykolaiv, Kherson, and Odesa regions.

Belarus is also under threat. The Kremlin is watching closely the ongoing election campaign in this country, because the entire infrastructure is ready for acceding to the Russian Federation. Everyone there speaks Russian, legislative acts have been brought into line thanks to the so-called Union State. 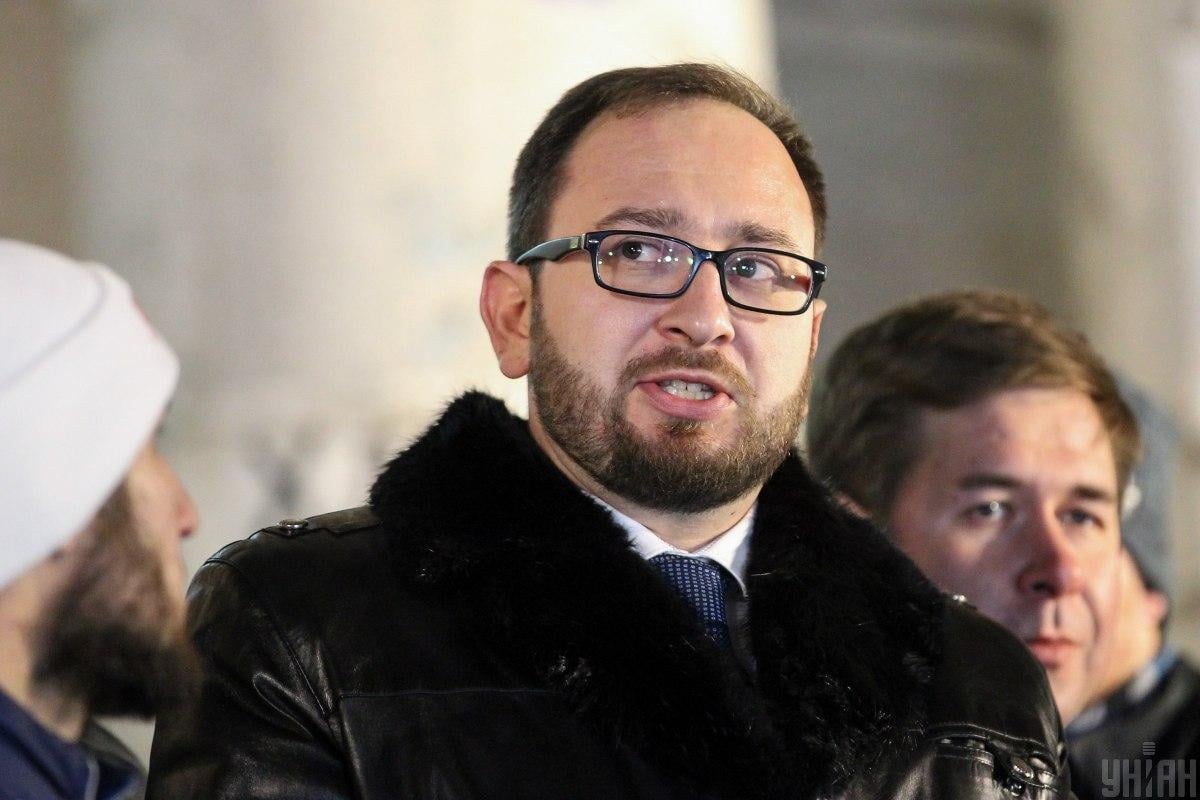 The third direction is Kazakhstan, especially its northern parts, home to a fairly large number of Russian speakers. In fact, since the time of Hitler, no one has invented anything new: one language, one nation. The incumbent authorities in Russia act on the same principle, trying to get back the breakaway fragments of the empire employing the linguistic issue. If people spoke Russian in Alaska, they would have rattle sabers there, too, although it is clear that they wouldn't be able to seize it.

Threats to neighbors are real. After all, failing to deliver in domestic politics, failing to make people's lives better and richer, they are forced to maintain a social contract with the people of Russia and their legitimacy through such external aggressive, expansive actions.

You often visit Crimea to defend Crimean Tatars in court. Do you expect changes in Russian policy towards the occupied territories?

Plus, the policy of repression hasn't gone anywhere. In the occupied Crimea, first of all, we're talking about the Crimean Tatars, who make up for the overwhelming majority of Ukrainian political prisoners. Out of 130 people 90 are Crimean Tatars, who are facing consistent repression and constant raids. Now more than 180 Crimean Tatar children are left without fathers, who were thrown in pre-trial detention centers and prisons. This repressive pressure doesn't cease.

Now there is a discussion on the resumption of exchange efforts. Moreover, they say the exchange could be not only people for people, but also people for freshwater supplies to Crimea. This is also on the table. I believe that this is an absolutely wrong position because Crimea is an almost inexhaustible reservoir for replenishing the so-called exchange fund. Today they give 130 people in exchange for water to Crimea, but tomorrow another 500 people will be captured. Who will stop them?

When it comes to certain areas of Donetsk and Luhansk regions, controlled by Russian-backed forces, there's complete chaos there. Even the minimum norms of Russian legislation that guarantee the right to defense, the right to a lawyer don't work there. People are simply thrown into basements as no law exists there – these are gangster nests in which people are bullied as much as it is possible. Naturally, Russia indulges the occupying administrations in such pressure on people. The task is very simple: to intimidate what's left of the disloyal population, so that they don't harbor hope of returning to Ukraine, so that they don't think that they'll be saved. Thus, the sense of helplessness is being imposed on people so that they never live in the hope that someday everything will return to normal.

Protests in Khabarovsk have been ongoing for more than a week already. Are they of any threat to Russian government?

This is a manifestation of that deep discontent that prevails among the Russian population. Since the end of 2011, not 2014 as many think, incomes have been falling, the economy has been growing slowly or, as we say, "growing negatively".

The authorities cannot offer people anything but repression and a tightening of the political regime. There's not much electoral choice, there are no courts. Naturally, people don't like this, so discontent periodically manifests itself here and there. This is not the story of today in Khabarovsk or Moscow. Remember, a year ago young people rallied on the occasion of the elections to the Moscow City Duma? As a result, there were criminal cases and verdicts with prison terms. Before that, there were protests against the construction of the Shiese landfill, before that there were rallies in Ingushetia. There were also truckers protesting against the "Platon" fees...

That is, there is discontent, but it will not translate into anything because despite this, for the most part, Russians fear that things will get even worse if something changes. They proceed from the principle: Putin is evil, but it's better this way, otherwise NATO troops will sit on the Kremlin throne and things will turn ugly. People have been fed these hysterical narratives through TV, so they're truly afraid of it.

Protests are scattered across country and the authorities can suppress them, redeploying their resources. Moreover, huge amounts of money are spent on maintaining the security machine, and all these local fires can be put off either with Russian Guards' batons or by working with local elites and bribing people as happened in the Caucasus or Crimea. After all, a part of the Crimean Tatar population, albeit a small one, flipped to the side of the invaders for certain benefits.

I don't think any consequences should be expected anytime soon, although protests will proceed in this sort of a sluggish manner. The authorities will suppress them, while the degree of discontent will rise, but it is unlikely to reach a critical point yet. When this bifurcation point comes, no one knows, but the Russian government still has, including a large financial resource in order to hold the reins. We are talking about the National Welfare Fund, which, if necessary, will be spent on the army, police, and security agencies to suppress any protests.