Ternopil entrepreneur Taras Kovalchuk, who turned his hospitality businesses into a religious organization on the eve of the weekend quarantine, which allowed him not to close down on Saturday and Sunday, told UNIAN about the nuances of such reprofiling.

"Dear parishioners, I expect to see you tomorrow, Sunday is no less important…" these are the words of the owner of the Ternopil-based Leliva Restaurant, Taras Kovalchuk, seeing off his patrons on Saturday night. On the eve of the introduction of new restrictions, he announced his move to establish his own religious organization, the Brotherhood of Bald, and thus change the concept of his establishments. In particular, the hostel was renamed into monastery, the restaurant – into monastery's refectory, and the club – into temple. UNIAN talked to Taras Kovalchuk in the newly opened "refectory" about how his establishments operated during the weekend quarantine and whether further development of the religious organization is in his plans.

At what stage did you declare the founding of your religious organization "Brotherhood of Bald"?

We held a meeting of the founders, notarized everything, and drew up a charter. Lawyers read our paperwork, said everything is fine, so now we will wait for official registration.

If the regional state administration doesn't approve the charter, we will sue. After all, all our documents comply with legislation. We understand perfectly well that this will take time. But according to Article 35 of the Constitution, we have the right for meetings as part of our religious organization because we held an official meeting of the founders.

The regional administration, where I came for a consultation, told me that there would be a religious vetting to study our documents.

But in general, our charter is standard, we didn't come up with any new stuff, new gods or cults. At the level of a joke, we only "believe" that God was bald.

How did your close circle generally accept the idea of ​​founding a religious community?

I didn't expect such publicity. I understood that we were touching on a painful topic and thought that, approximately, 50% would approve of the idea, but the other half would pour mud on me. I was ready for that. Now I see that much more people reacted positively to our creative stunt. It seems that it's about 90% support.

I suddenly had the idea to create a new religion and my own religious organization. This idea arose when we, the business, were driven into a corner. And I clearly see two options: either I die and close my business, fire everyone, or I look for ways to prevail. And when you have this dilemma in your head, and you just need to legally re-register from an individual entrepreneur to a religious organization – for me it's permissible.

We are talking about protection from the incomprehensible actions of the government, which tries to stifle businesses.

I'm a Christian, I go to church, I know my priests very well, I lead tours to the cathedral. In my comments section, one of the priests wrote: "Do you think this is funny?". I wrote back: "No, this is a response to the actual conditions of today's life created by the government."

We already advise people from almost ten cities in Ukraine, where they also decided to create their own religious organizations to allow for their business to keep working.

But we are well aware that we created the "Brotherhood of Bald" to save our business. We don't seek to go beyond adequacy. We defend our rights by all means available. At first, we held one picket, then the second, and then the third was already massive – 24 cities of Ukraine protested against weekend quarantine. The Minister of Culture comes out and says that quarantine is not needed on weekends, mayors say that it's not needed. But it still gets enforced. Well, that's absurd. So we're fighting absurdity with absurdity. 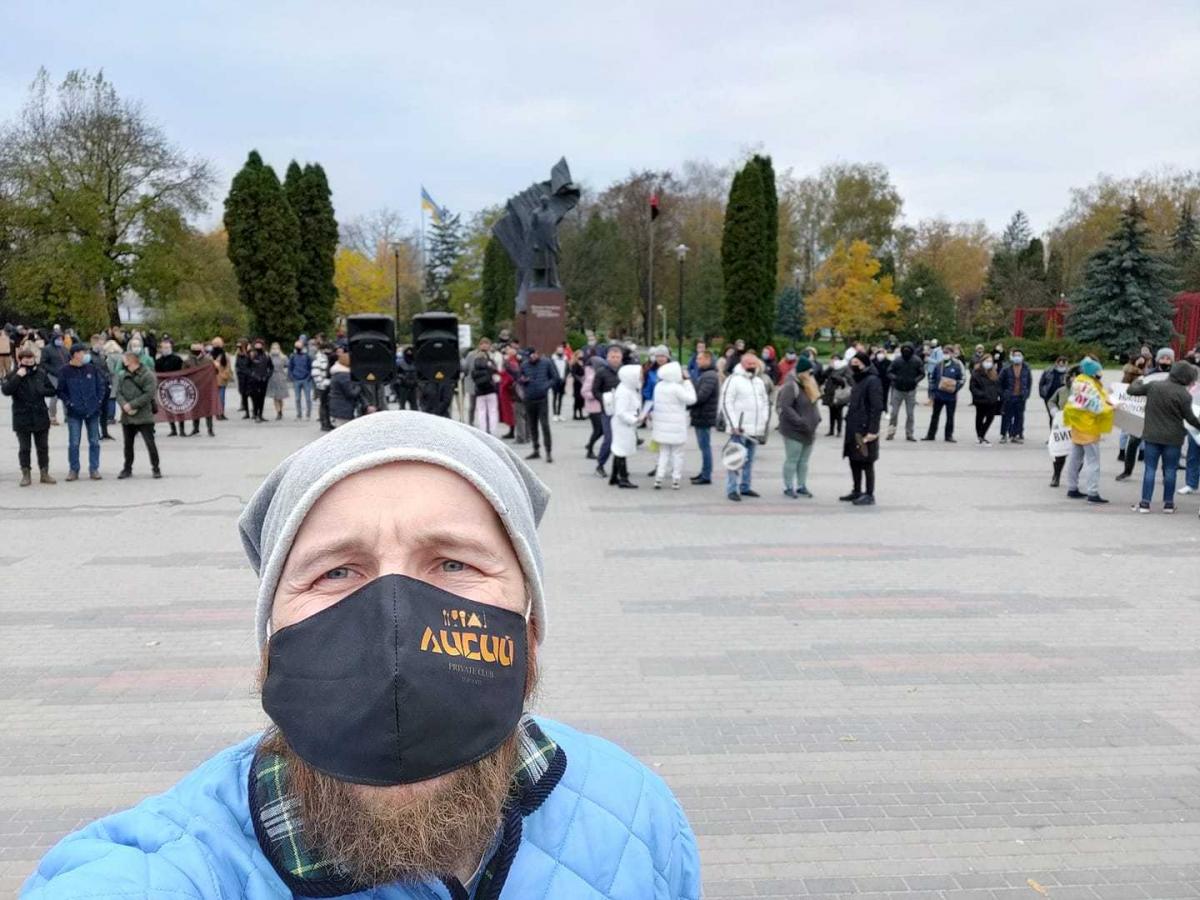 Did the police come to your establishments during weekend raids?

Yes, the police came and said that because of the weekend quarantine, catering establishments are not allowed to work. I explained that the Constitution gives us such a right. But I agreed that the Cabinet of Ministers has indeed made this strange decision. They go: "So why do you keep working?". I explain to them that today we have a gathering of pilgrims and parishioners of our religious organization. They laugh as they understand that this is all way too absurd.

At the same time, law enforcement officers are convinced that they must follow the Cabinet resolution. But for some reason they forget about the Constitution, which is above the resolution, and which prescribes the rights and freedoms that they are now trying to restrict. By creating a religious organization, me and some like-minded people want to show this whole absurd situation more vividly and make everyone finally think about it, including government officials. Ladies and gentlemen, let's face it – you can't fight a pandemic, and you can't help businesses. Then at least don't interfere, just let us work, and we will somehow figure things out.

Today is the 248th day of quarantine. Of our staff, no one got sick. I think this is a significant indicator. Maybe it's because we care about the health of our employees and follow safety norms. Probably because people from risk groups, over the age of 50, are not actually our target audience. But the fact remains the fact. And while the subway is working, public transport is working, a large hardware retail network is working, grocery stores and markets are working, restaurants should be closed... Explain the logic!

Or, forget about logic, just go help businesses, as Europe does. Now it's the third quarter of the year, go ask about the figures for the same period, provide payments at 70% to each registered employee, and then shut them down. But then I would praise the government at every occasion, saying that we have good guys in power, supporting businesses.

Or, perhaps, if you have launched a "5-7-9" loan program, make sure that I could get a loan within two weeks. We have been trying to use the program since June or July, but we only hear: "Give me another certificate, and now another one, and now sign another document, and another one..." And in this way the process drags indefinitely. Very few entrepreneurs in the region have been able to take advantage of this program.

Did the police draw up reports stating that your establishments were open on weekends?

I guess they'll come in a while. Because had they started drawing protocols today [Saturday], there would have been thousands rallying outside the police station. These protocols will come later when you are one on one. But I already have a lawyer on my team, ready to go to court and appeal fines. 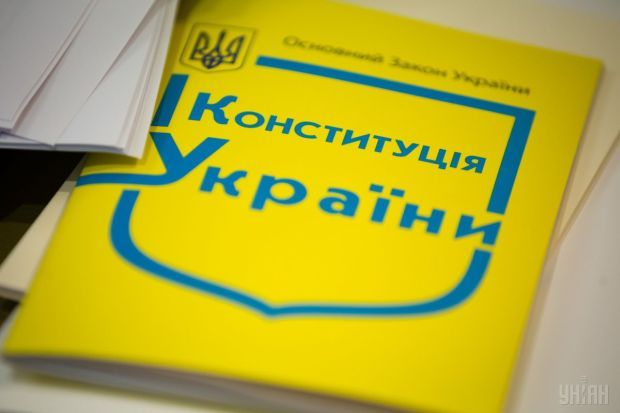 It is unlikely that the police are doing this on their own initiative. It seems that law enforcement have become hostages of the situation…

What is the supreme law in Ukraine? It's Constitution. There is Article 112 of the Constitution, which says that the Cabinet of Ministers is entitled to pass own decisions that have direct effect. It's just that they forget that such decisions must not contradict the existing legislation. Article 42 of the Constitution clearly states that we have the right to work, to entrepreneurial activity. If the decision of the Cabinet contradicts these articles, then what the police should be guided by? Human rights can only be restricted if a state of emergency imposed in the country. Go ahead and impose a state of emergency through the Verkhovna Rada, let the president sign it, and then the police will do their job.

Businessmen are in-between the grinders now. The government says we can't work, the city council says we can because we have to pay taxes to keep the city alive. We have a choice: either we shut down and have no means to survive or we do work and get tickets, and possibly fines. It's all major stress! We don't know what to do.

Then you come to court and refer to the decision of the city council that we have the right to work. And in court we are told in response that the resolution of the Cabinet of Ministers has greater legal force. If we follow this logic, I suggest that they first be guided by the Constitution. And they go: "We are not the Constitutional Court. If you don't agree, appeal the Cabinet's decision.

These double standards are really annoying. They cause great distrust of the authorities. Because no one has forgotten how in the spring we were all told to shut down, how we lost our income, received no salaries, but at the same time a Velur restaurant in Kyiv and the Epicenter retail chain kept working. So why can't I work? Do we live in the same legal field? Is our Constitution for everyone? Do we have one law for some and another law for others?