Eight Ukrainian citizens were killed in a crash of the Boeing 738, flying from Dubai to Rostov-on-Don, Ukraine ranks 123rd in the rank of world’s happiest countries, 693 Ukrainians are reported missing in action in Donbas.

Three Ukrainians (one military and two civilians) were released from militant captivity in Donbas region, according to the Presidential Administration. 125 Ukrainian citizens remain hostage to terrorists, including nine political prisoners.

Eight Ukrainian citizens were killed in the crash of the Boeing 738 flight FZ981 from Dubai to Rostov-on-Don, according to the Consulate General of Ukraine in Rostov-on-Don. All 55 passengers and seven crew members onboard have died in the accident. flydubai has is setting up a program of assistance to the families of the crash victims.

Turkish police have detained 11 people on suspicion of involvement in a terrorist attack in Ankara, foreign media reported. The blast in the Turkish capital killed 37 people.

13 Russian TV channels have been banned in Ukraine, according to the decision of the National Council on Television and Radio Broadcasting.

36 people, including 12 foreign nationals and a child, were injured in an explosion in Istanbul (Turkey), foreign media reported. Seven of them are at a hospital, remaining in a critical condition. Five people have died in a blast.

44 Russians and two Ukrainian citizens involved in fabricating a case against the Ukrainian female pilot, Nadia Savchenko, were put on a so-called “Savchenko list” passed by the Ukrainian officials to the European Union authorities, Polish correspondent of RFE/RL Richard Jozwiak reported from Brussels. The Ministry of Foreign Affairs of Ukraine has stated that the list may be expanded.

The State Property Fund offers a 50% and a 60% discounts on the sale state-owned shares in  nine and 22 enterprises, respectively, according to the Fund’s press service. The new offer was due to the lack of demand for these stakes during previous auctions.

Thermo isolation is needed in 40,000 (90%) of high-rise buildings across Ukraine to provide for energy efficiency, according to the Ministry of Regional Development, Construction and Housing and Communal Services.

Ukraine ranks 123 out of 157 world’s most happiest countries, according to the World Happiness Report. Top five states with a developed social security system and the happiest residents includes Denmark, Switzerland, Iceland, Norway, and Finland.

179 drug labs, drug manufacturing and drug usage sites have been revealed and eliminated within two months, according to the Ukraine’s drug enforcement agency (Department of countering drug-related crime at Ukraine’s National Police).

The Ukrainian Foreign Ministry has sent 185 notes to the Russian side regarding the Ukrainian political prisoners, according to the ministry’s press service. Some 80 notes were related solely to the Savchenko case. 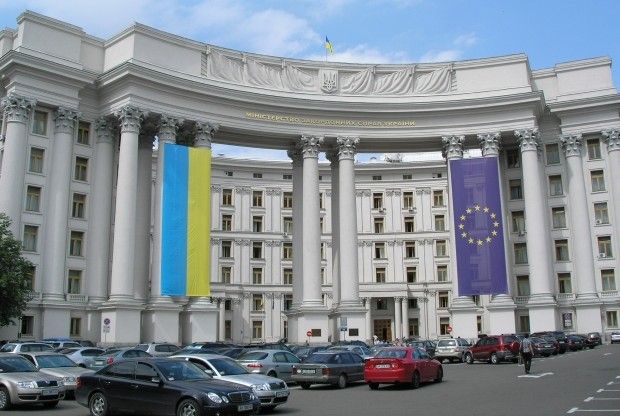 228 MPs have supported in the first reading the bill on special confiscation. To finalize the bill ahead of the second reading, the working group will be created with the participation of deputies and experts, including international experts.

370 people have died from influenza in Ukraine since the beginning of the epidemic season, according to the report by the Ministry of Health of Ukraine. The highest incidence of influenza and SARS is registered in Kyiv, the lowest in the Kharkiv region.

693 Ukrainian citizens are reported missing, said the president’s envoy for a peaceful settlement of the conflict in Donbas, Ukraine’s representative to the humanitarian subgroup of the Trilateral Contact Group, Iryna Gerashchenko.

903 Ukrainians have declared income in 2015 at over UAH 1 million, according to the State Fiscal Service of Ukraine. The total declared income amounted to UAH 4.6 billion.

1,600 Russian citizens, active Russian soldiers are the armed forces, have been killed in Donbas since the beginning of the conflict, according to the Security Service of Ukraine.

The cost of arriving in Europe by sea, through the Aegean, is nearly EUR 4,000 for the refugees, according to foreign media. Transportation from Milan to Frankfurt costs EUR 600-800, and from Milan to Copenhagen – between EUR 1400 and EUR 2000. 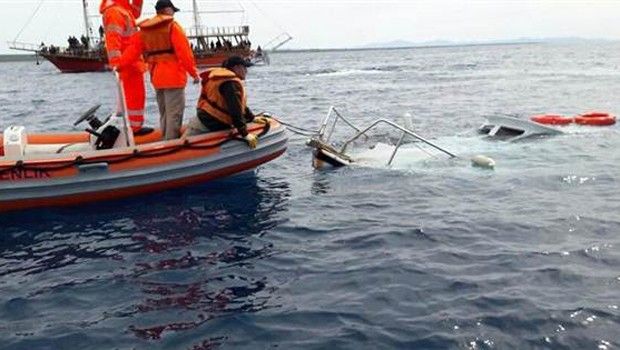 Migrants pay EUR 4,000 to get to Greece / hurriyet.com.tr

Team commander of patrol police stole $17,000 while on duty, according to the press service of the National Police. The officer was detained and is charged with “abuse of power or position.” The court has ruled to keep the suspect under house arrest.

126,784 soldiers and employees of the Armed Forces of Ukraine have obtained the status of combatants since the beginning of the antiterrorist operation, according to the Ministry of Defense.

3.7 million children were born in Syria since the conflict began in this country, and their life is shaped by violence, fear and the loss of home, the UNICEF report said. This number also includes 306,000 children born refugees since 2011.

The Ministry of Energy and Coal Industry of Ukraine intends to allocate UAH 157.4 million to repay the arrears of miners’ salaries for 2015 in the coming days, the ministry’s press service said.

UAH 14.2 billion will be allocated from various sources for repairs and reconstruction of highways in Ukraine in the current year, according to the resolution of the Cabinet of Ministers. Of this sum only UAH 6.5 billion will be disbursed.