One Ukrainian family was killed in a terrorist attack in Burkina Faso, Brent crude fell below $30 a barrel, 2.2 million cases of flu and acute respiratory infection have been recorded in Ukraine since the beginning of epidemiological season.

Ukraine will supply zero products to the occupied Crimea, as the corresponding resolution of the Cabinet of Ministers of Ukraine on the termination of trade turnover came into force January 17, 2016.

One pilot freight train from Ukraine to China along the route of the New Silk Road bypassing Russia, which runs through Georgia, Azerbaijan and Kazakhstan, is expected to deliver the Ukrainian goods within 11 days, according to the Ministry of Infrastructure. It is planned to reduce the delivery term to ten days. In addition, four countries -Ukraine, Kazakhstan, Georgia and Azerbaijan - have signed a protocol on the establishment of competitive feed-in tariffs for cargo transportation on the Trans-Caspian international transport route.

One Ukrainian family of four people was killed in a terrorist attack in Burkina Faso, according to the Ministry of Foreign Affairs of Ukraine. The attack claimed lives of 27 people of 18 nationalities. Al Qaeda terrorist organization took responsibility for the deadly attack. 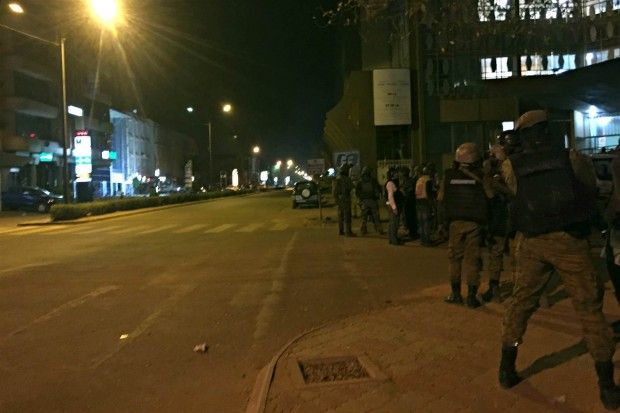 Two Ukrainian sailors - crew members on Sun Oil I vessel, who were held hostage by one of  the armed gangs in Tripoli (Libya) from January 2015, were released from the captivity due to the efforts of Ukrainian diplomats, the Foreign Ministry reported.

Every individual detained after a fight between the members of the Right Sector organization and ski resort security in western Ukrainian Dragobrat was arrested for two months by Zakarpattia Court, local media reported.

Four ex-Berkut police special force officers, who have been recertified and have continued their service in law enforcement, are suspected of unlawful violence against Automaidan activists during the Revolution of Dignity, according to the Prosecutor General's Office.

6% of the Ukrainians have personally experienced shelling and bombing in 2015, according to a survey by the Kyiv International Institute of Sociology.

Six caches with weapons and ammunition were discovered by Ukraine’s security officers along the administrative border between Donetsk and Dnipropetrovsk regions, according to the SBU. A total of 46 kg of explosives and a significant arsenal of weapons have been discovered.

The exchange rate of the Ukrainian hryvnia to the dollar should amount to only UAH 7.3, according to the British publication The Economist citing an updated data of the so-called "Big Mac Index." According to the publication, the hryvnia is undervalued by 68.7%.

Ten people were killed and another 15 injured in a blast in the heart of Istanbul, foreign media reported. Turkish law enforcement authorities arrested seven individuals during the investigation that followed the attack. 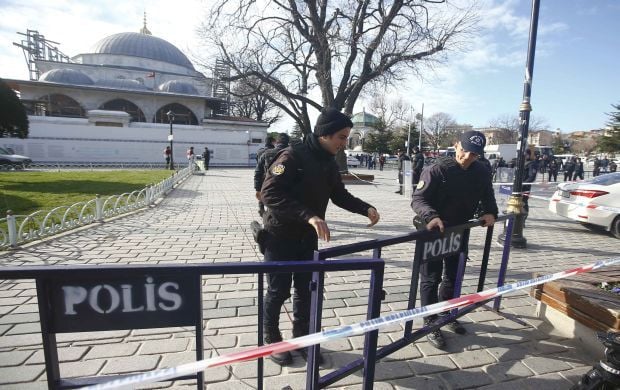 A Russian citizen was sentenced to 13 years in prison for participation in the war against Ukraine in the ranks of the “LPR” militants, Popasna district court of Luhansk region ruled, according to the PGO.

Ukrainian female pilot and MP Nadia Savchenko, who has been tried illegally by the Russian court, has lost 15 kg in a hunger strike. According to lawyers, the health of the Ukrainian captive in a Russian jail raises concerns.

At least 17 people were killed in a series of bombings and shootings in central Jakarta, foreign media reported. ISIL militants later claimed responsibility for the attack.

Brent crude hit a historic low of $29.29 per barrel, foreign media reported. The $30 floor was broken for the first time since April, 2004.

30 ID-cards instead of the traditional internal passports were issued on the first day after being introduced to the 16-year-old Ukrainian citizens, according to the Migration Service of Ukraine.

50.1% of Ukrainians believe that the readiness of the citizens to defend their rights, freedoms and dignity has increased over the past two years, according to a study conducted by the Democratic Initiatives Foundation and the Kyiv International Institute of Sociology.

There were 73 traffic accidents on railway tracks and crossings in 2015, the press service of the Ukrainian Railways reported. This is 8.9% more than in 2014.

75% of the Donbas residents support the unity of the Ukrainian Donbas, but on different terms, according to a sociological survey conducted by Rating group. Only 7% of the surveyed residents of these areas want to be part of the Russian Federation.

118 soldiers of the Armed Forces of Ukraine, who died in 2014-2015, including the defenders of the Donetsk airport, were ranted state awards posthumously, according to the official website of the Head of State.

132 miners at Makiyivka mines in the occupied territories of Donbas were dismissed for protesting against the backpay, Ukrainian media report. It is noted that the miners were fire with the notice to other mines of Makeevugol company.

399 terrorist attacks against civilians have been recorded in Donetsk region since the beginning of the ATO, according to the General Directorate of the National Police in Donetsk region. In total, these attacks affected 916 people across the region, killing 140. 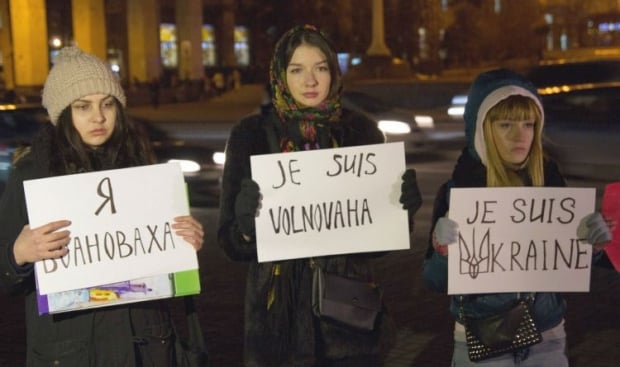 2,000 pieces of new and modernized weapons and military equipment is to be purchased for the Army during 2016, President of Ukraine Petro Poroshenko said. Another 1,500 samples of equipment and weapons will be repaired.

35,970 people from 124 countries are banned from entering Turkey on suspicion of their involvement in terrorist organizations, foreign media reported.

36,000 people have used the services of the heating points set up in the cities across Ukraine to prevent cases of hypothermia and frostbite amid cold snap, according to the State Service for Emergency Situations.

2.2 million cases of flu and ARI have been recorded in Ukraine since the beginning of epidemiological season (from October 1, 2015), according to the Ukrainian center of disease control and monitoring of the Ministry of Health. Compared to the previous epidemiological season, the current figures are higher by 14.3%.

The preliminary assessment by the occupation authorities in Crimea says $4.71 million is the amount of damage caused by the energy blockade of the peninsula, according to the Ukrainian media quoting the de-facto "prosecutor" of the annexed Crimea, Natalia Poklonskaya.

The Netherlands may allocate EUR 30 million for the organization and holding of a referendum on the Association Agreement between Ukraine and EU, foreign media reported.

244 million people have become refugees worldwide, according to the foreign media citing a UN report. About a third of all migrants (78 million people) live in Europe.

The approximate profit of human smugglers may total $6 billion in 2015 for the delivery of migrants to Europe, foreign media wrote citing the chief of Europol.