Crimean Tatars chose three routes for the economic blockade of the administrative border with the Russian-occupied Crimea, 45% of Ukrainians are willing to vote in local elections, 382 individuals and 105 legal entities fell under Ukrainian sanctions against Russia. 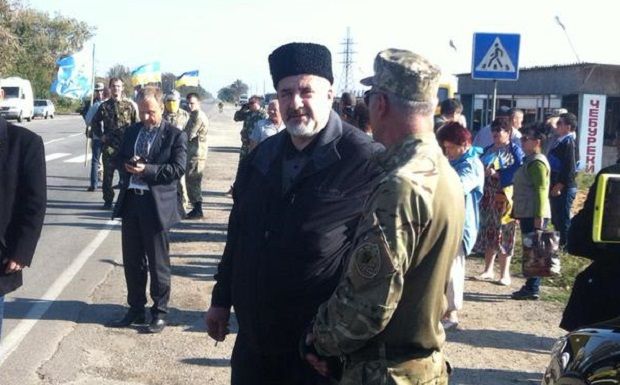 Chubarov said that all actions are coordinated with the Interior Ministry and SBU staff \ Krym. Realii

One MP, representative of the Radical Party Ihor Mosiychuk was stripped of his parliamentary immunity. The Verkhovna Rada has approved his further prosecution, detention and arrest. Mosiychuk is charged with crimes under five articles of the Criminal Code of Ukraine, according to the General Prosecutor's Office.

Three routes leading to Crimea - via Kalanchak, Chaplynka and Chongar - were blocked on Sunday. So began the economic blockage of the administrative border with the Russian-occupied Crimea by the Crimean Tatars. According to the organizers’ plan, the measure will see three stages. Ahead of the rally, officials from the Mejlis of the Crimean Tatar people projected that some 1,000 people were to take part in the blockage.

At least three candidates are expected to apply for the post of the Head of the Verkhovna Rada Administration after the resignation of Valentyn Zaichuk, according to Rada Speaker Volodymyr Groisman. The lawmakers only managed to dismiss Zaichuk fron the fifth attempt.

Chile suffered a 8.3 magnitude earthquake, foreign media reported. Evacuation announcement followed in some coastal regions due to a tsunami threat.

25 new patrol police officers out of 2,000-strong personnel have been fired in Kyiv since start of their work on July 24, according to the Interior Ministry.

34 local officials were reprimanded by the Ukrainian Government in connection with arrears of wages of public sector employees worth UAH 53.4 million, according to the Cabinet officials.

45% of Ukrainians are going to vote in the local elections on October 25, another 24% said that they most likely will vote, according to a poll conducted by GFK Ukraine. 13% of respondents are not planning to vote, while another 10% have not yet decided on this issue. At the same time, according to the Razumkov Center, 48.3% of Ukrainians believe that the political parties do not represent their interests. 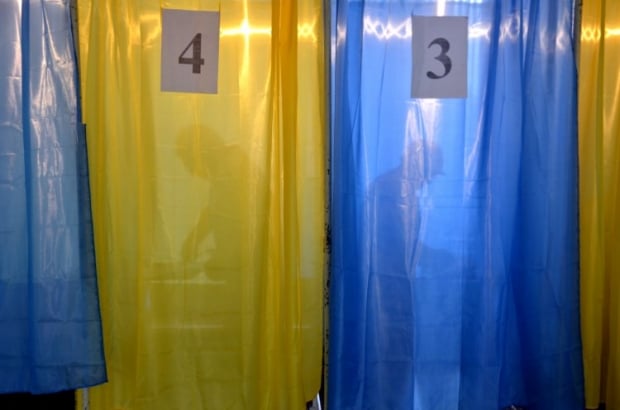 56 National Guardsmen who were wounded outside Rada on August 31 remain in hospitals, according to the National Guard’s press service. The Interior Ministry reported that three individuals are directly involved in organizing a terrorist act outside the Parliament building.

70% of parents of the Ukrainian students and 68% of teachers do not support the idea of ​​introducing a 12-year system of secondary education, according to a survey conducted by the Ilko Kucheriv Democratic Initiatives Foundation.

73 UN member states have already supported the initiative to abstain from the veto right in the UN Security Council in cases where conflicts are of a particularly brutal nature, said Ukraine’s Permanent Representative to the UN Yuriy Sergeyev.

170 Russian citizens, who fought on the side of the Islamic State, have died during a conflict, according to Russian media citing the chairman of the scientific advisory board of the CIS Antiterrorist Center. At the same time, according to the National Anti-Terrorist Committee, there are 800 to 1,500 Russian citizens still fighting in the ranks of the IS in Syria.

239 Ukrainian MPs have supported a government-proposed bill determining the date of the start of temporary occupation of Ukrainian territories - February 20, 2014.

388 individuals and 105 legal entities fell under the Ukrainian sanctions \ investigator.org.ua

910 real property items were green-lighted  for minor privatization by the State Property Fund.

1,435 complaints against the Ukrainian judges have been filed in the Supreme Council of Justice (SCJ) since this summer. 425 of these complaints have already been distributed among the SCJ members for consideration.

A special checking procedure is underway of 80,000 Ukrainian officials in accordance with the law "On cleansing of power", the Ministry of Justice reports.

The SBU announced a UAH 100,000 reward for information about theambush of an anti-smuggling mobile group in Luhansk region on September 2, according to the SBU press service.

Over 1.483 million internally displaced persons from Donbas and Crimea have been officially registered by the Ministry of Social Policy of Ukraine, according to the ministry. Nearly 490,500 families have been assigned financial aid from the state. At the same time, according to the Interagency Coordination Staff, 949,557 people were resettled from the temporarily occupied territory and the ATO zone in other regions of Ukraine.

2.8 million families in Ukraine have been granted subsidies for housing and communal services, according to the Ministry of Social Policy. Sumy, Kirovohrad, Zhytomyr, Vinnytsya, and Donetsk regions go on schedule with assigning subsidies.

$4.4 billion of investment is required for substitution of greenhouse vegetables imports to Russia, said the president of the National Union of vegetable producers Sergei Korolev. He recalled that 70% of vegetables sold in Russia in winter are imported.

$5 billion may be the annual cost of Russian support for the unrecognized states, according to Stratfor, the U.S-based private intelligence and analysis company. According to Bloomberg, Russia transfers $37 million in the accounts of the self-proclaimed Donetsk People's Republic each month, just for the payment of pensions.