The Ukrainians mark the second anniversary of the Revolution of Dignity and the Euromaidan, 28 EU Member States have ratified the Association Agreement with Ukraine, 270 people are suspected of crimes against the Maidan protesters.

Two years have passed since the beginning of the Revolution of Dignity and the Euromaidan protests. The citizens marked the anniversary on the streets of several cities across Ukraine.

The law enforcers initiated four criminal proceedings into the facts of the blasts at power line pylons in Kherson region, according to the region’s General Directorate of the National Police. In particular, one proceeding was launched regarding deliberate damage to the power lines, two – regarding inflicting body injuries to police officers and one -- regarding the obstruction of professional activity of journalists.

Six countries - Russia, Andorra, Argentina, Israel, Bolivia and Ukraine - were disqualified in the Board of the World Anti-Doping Agency (WADA) for violations of the organization’s Code by their anti-doping agencies, according to the WADA’s Twitter page.

For eight years - from 2008 to 2015 – the Russian diplomats, Grigory Lukyantsev, Vasiliy Nebenzia, Anatoly Viktorov and Yevgeny Zagaynov,  used the same speech at the United Nations, with only minimal changes to them, foreign media reported. The Russian Foreign Ministry called this practice normal.

It will take 10 years to build the first nuclear power plant in Egypt with the use of Russian technology, the Russian media reported. Moscow says that this contract will “connect the two countries" for the next 100 years.

10 jihadists seized the Radisson Blu hotel in Bamako (Mali), taking hostages, foreign media reported. According to various sources, the terrorists captured between 130 and 170 hostages. After freeing the hostages, the security officials found 19 dead in the attack. It was later reported that the death toll rose to 21 (two attackers were also killed in a storm by security officials). Another seven people were injured.

Ukraine ranks 12th in a Global Terrorism Index, according to a study by the Institute of Peace and Economics at the University of Sydney. Ukraine has lost 39 positions, worsening its performance due to the downing of MH17 and the war in Donbas.

The Ukrainian government mulls introduction of a 12-year secondary education. The draft law on education, registered in the Verkhovna Rada, provides for the 12-year curriculum to be introduced from 2018.

12 internal checkpoints of the Ministry of Internal Affairs have been closed up in Luhansk region by head of Luhansk military-civilian administration, George Tuka. According to the official, the checkpoints have created preconditions for corruption recently, rather than fulfilled preventive functions.

The competition commission nominated 15 applicants for administrative posts in a specialized anti-corruption prosecutor's office, inviting them to the second stage of the interviews, according to the Prosecutor General’s Office of Ukraine.

Construction companies showed a 20.8% drop in production volume across Ukraine in January-October, 2015, compared to the same period of 2014, the State Statistics Service reported. 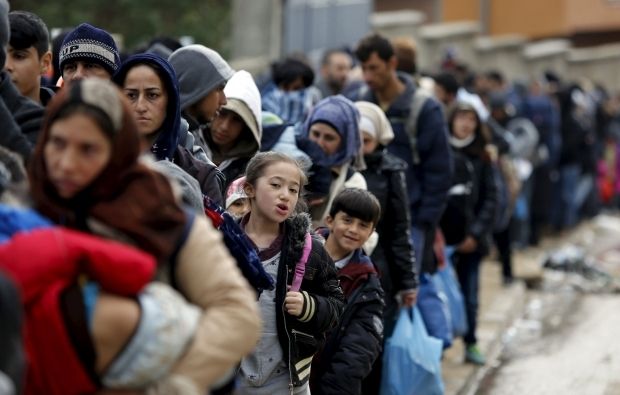 24 U.S. States, mostly governed by Republicans, refused to accept Syrian refugees, foreign media reported. Formally, they cannot refuse to accept refugees because the issue is in the competence of the Federal Government. At the same time, the House of Representatives supported a bill (289 votes to 137 votes) tightening the rules for admission of Syrian and Iraqi refugees. U.S. President Barack Obama has pledged to veto the bill.

24% of Ukrainians believe that decentralization could lead to the emergence of local lords, according to the survey by Ilko Kucheriv Democratic Initiatives Foundation. However, only 15% of respondents are well informed of the decentralization process.

All 28 EU Member States have ratified the Association Agreement with Ukraine, according to Ukrainian President Petro Poroshenko.

32 people were killed and 80 injured in a blast in the market of the Nigerian city of Yola, foreign media reported.

Ukraine takes 107th position in a ranking of the tax burden on business among 189 economies, Ukrainian media report with reference to the joint rating of the World Bank and PwC auditors. Last year, Ukraine held the 108th position.

118 years is needed to close the gap completely between the salaries of men and women, according to Ukrainian media citing the report by GenderGapIndex (GGI). Currently, the average salary of an employed woman equals that of a man back in 2006.

270 persons were announced suspicion of crimes against the Euromaidan. Of these, 43 are Ukraine’s former senior officials, according to the Office of Special Investigations of the PGO.

The Ukrainian authorities (at the time of Euromaidan uprising] handed over to the so-called “titushky” anti-protest thugs 408 rifles and 90,000 rounds of ammunition from mobilization warehouses of the Ministry of Internal Affairs on February 20, 2014, according to the Office of Special Investigations of the PGO.

Ukroboronprom delivered 2,019 pieces of military equipment and weapons to the Ukrainian army, according to the company’s press service. Of these, there were 688 pieces of new equipment and 1,331 pieces of restored and modernized equipment.

8,150 years ago the Northern Europe had been devastated by a powerful tsunami, suggested the French and Danish researchers, foreign media reported. The scientist made such conclusions having examined sediments on the southwestern shores of Denmark.

20,000 law enforcement officers are involved in around the clock enhanced measures to provide public security across Ukraine in connection with terror alert, according to the Ministry of Internal Affairs of Ukraine.

100,000 Muslims have fallen victim to the Islamic state in Iraq and Syria this year, said the King of Jordan, foreign media reported.

There are 1.69 million people in Ukraine suffering from mental and behavioral disorders, according to the Parliamentary Committee on Health.

The Netherlands have allocated EUR 2 million on a campaign regarding the advisory referendum on the issue of the Ukraine-EU Association Agreement. The referendum is slated for April 6, 2016.

The Russian authorities set a $50 million reward for information about the terrorists involved in the terrorist attack on A321 aircraft in Egypt, Russian media reported. Russia has not recognized a terrorist act as the cause of the airliner’s crash until recently. At the same time, ISIL claimed that downing the Russian aircraft was not planned initially, but still executed due to Russia's intervention in Syria.

Ukraine supplied $654.6 million worth of goods to the territory of the “Crimea” free economic area in the first nine months of 2015, according to the State Statistics Service of Ukraine. It is 25.7 times more than the supply of goods from the "Crimea" free economic area to the mainland Ukraine.