Mayoral elections across Ukraine brought plenty of surprises. The MPs finally managed to adopt EU-required “visa liberalization package,” some of them noticeably struggling to reach psychological compromise with their perception of “anti-discrimination” draft law. Ukrainian Prime Minister sees a dark cloud on his political horizon. 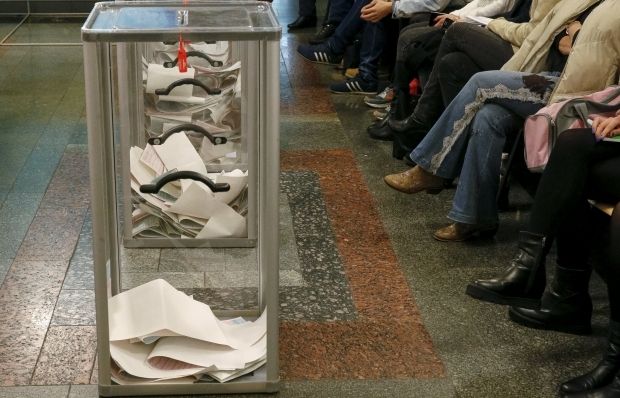 While a number of Ukrainian officials, including head of the Central Election Commission Mykhailo Okhendovsky, suggested inexpedience of a second round of mayoral elections, these allegations are actually unfounded. Vitaly Klitschko in Kyiv and Andriy Sadovy in Lviv may have easily won their second-round battles, but the standoff in the eastern Ukrainian city of Dnipropetrovsk between Borys Filatov (UKROP Party) and Oleksandr Vilkul (Opposition Bloc) was fierce, indeed. Besides, the industrial hub of Kryviy Rih in Dnipropetrovsk region may have yet to witness the elder Vilkul prove the legitimacy of his, rather hastily declared, victory over Yuriy Myloboh. The southern port city of Mykolayiv has got a new mayor - Oleksandr Senkevych (Samopomich), while a Batkivshchyna member Anatoly Bondarenko defeated Cherkasy’s incumbent mayor Serhiy Odarych. Another MP, Vladyslav Atroshenko, outplayed Oleksandr Sokolov  in Chernihiv despite the latter having governed the city since 2002. A low voter turnout on November 15 is evident of the fact that the elections to local councils are overshadowed by other events if held for a longer period of time, rather than of the citizens’ political apathy.

In fact, the Ukrainian politicians don’t tend to pay too much attention to their voters in-between the elections. The fight for adopting the package of bills required by the EU to further implement the Visa Liberalization Action Plan is a very showing example. Objectively speaking, following several attempts to pass the motions, the parliamentary Coalition branded “European Ukraine” should be renamed to "Primeval Ukraine", because the logic of statements of many MPs does not hold water. Some of the politicians noticeably struggled reach psychological compromise with their perception of “anti-discrimination” draft law and overcome their primal fear of adopting anything that could hint at protecting the rights of sexual minorities. Their willingness to put political expediency above public interest was regrettable and disheartening. I am afraid that even the terrorist attacks in Paris, which can result in tectonic changes in EU security system, are unlikely to force our politicians to see beyond their noses. 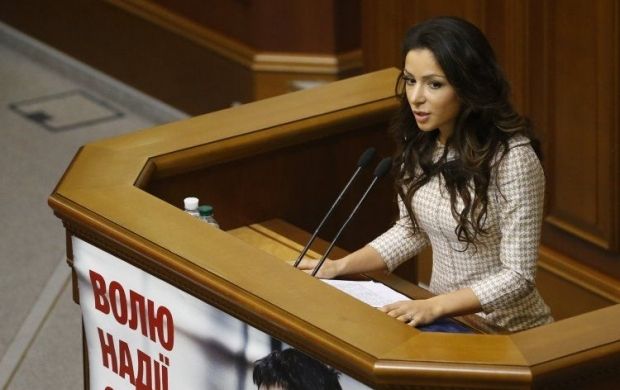 However, there were some pleasing moments in Rada last week. Zlata Ognevich from the Radical Party of Oleh Lyashko announced her decision to quit parliament and return to her singing career. Soon she will be replaced in Rada by an experienced lawyer, Tetiana Iuzkova. Yevgeny Rybchynsky, a Ukrainian poet and MP, who had resigned from the Bloc of Petro Poroshenko, moved into the Volya Narodu (Will of People). He can form a creative tandem with the "singing rector" Mykhailo Poplavsky. Dmytro Yarosh, the major boogeyman for the Russian media, stepped down as leader of the Right Sector organization, focusing on the management of its Volunteer Corps. Rumor has it that there was a coup in this military-political organization, and the new leaders today need Yarosh as much as the fish needs a bicycle.

The black cloud is getting bigger on the Cabinet’s horizon. Not only the deadline for the Government's immunity gets nearer (early December will mark a year since the adoption by Rada of the Government’s Action Plan), but also there is no success in the executive performance, which would be clear and understandable to millions of Ukrainians. Although Borys Lozhkin, head of the presidential administration, claims that Yatsenyuk's resignation is “not on the agenda," the Bankova Street [presidential Administration] would be able to distance itself at any moment from the unexpected, but targeted, parliamentary initiative. However, the list of potential nominees for the prime minister’s post bears little resemblance to the list of those who are willing to sacrifice their political careers for the actual reform of the Ukrainian economy.