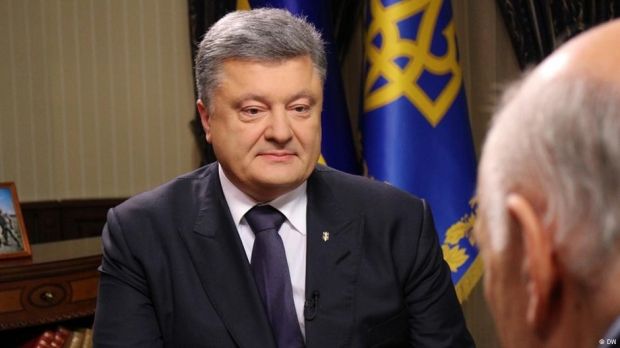 "Our position is to reform the country. We need at least six or seven years to meet the criteria. The world would be more secure if Ukraine had an opportunity to do that," Poroshenko told Deutsche Welle in an exclusive interview.

"We're a sovereign and independent state, and we do not ask the permission either from Russia or from anyone else. Our position is to reform the country, and we need at least six or seven years to meet the criteria. We should do the work, which is necessary for us, and only then we should ask the Ukrainian people and hold a referendum [to see if] the Ukrainians accept [NATO] and want to be a NATO member state in seven years' time," the president said.

In his words, accession to NATO was supported by about 16% of Ukrainians, and nowadays their share is about 60%.

Poroshenko says he believes that NATO is the only effective security system today.