Two months of arrest is the preventive measure chosen by the Ukrainian court against ex-member of the Party of Regions Oleksandr Yefremov; 72 new U.S.-made unmanned aerial vehicles have been handed over to the Armed Forces of Ukraine; UAH 200,000 is the reward for the information which will help the investigation into the murder of a journalist Pavlo Sheremet.

One country-member of the UN Security Council, Russia, has blocked the Ukrainian draft statement on the inclusion ​of the Russian-annexed Crimea into the Southern Federal District of the Russian Federation.

One Ukrainian citizen was killed and another 20 injured in a bus crash in Norway, according to the Department of Consular Service of the Ministry of Foreign Affairs of Ukraine.

One soldier was killed and another eight wounded at Shyrokyi Lan training site in Mykolaiv region during fire training when a 120mm mortar exploded, according to the General Staff of the Armed Forces of Ukraine.

Two months of arrest is the preventive measure chosen by court August 1 in the case of ex-member of the Party of Regions Oleksandr Yefremov.

Two religious processions organized by the Ukrainian Orthodox Church of the Moscow Patriarchate and the Ukrainian Orthodox Church of Kyiv Patriarchate were held in Kyiv. According to the National Police of Ukraine, 30,000 people took part in celebrations of Baptism of the Kievan Rus over the weekend. No gross violations of public order were recorded. 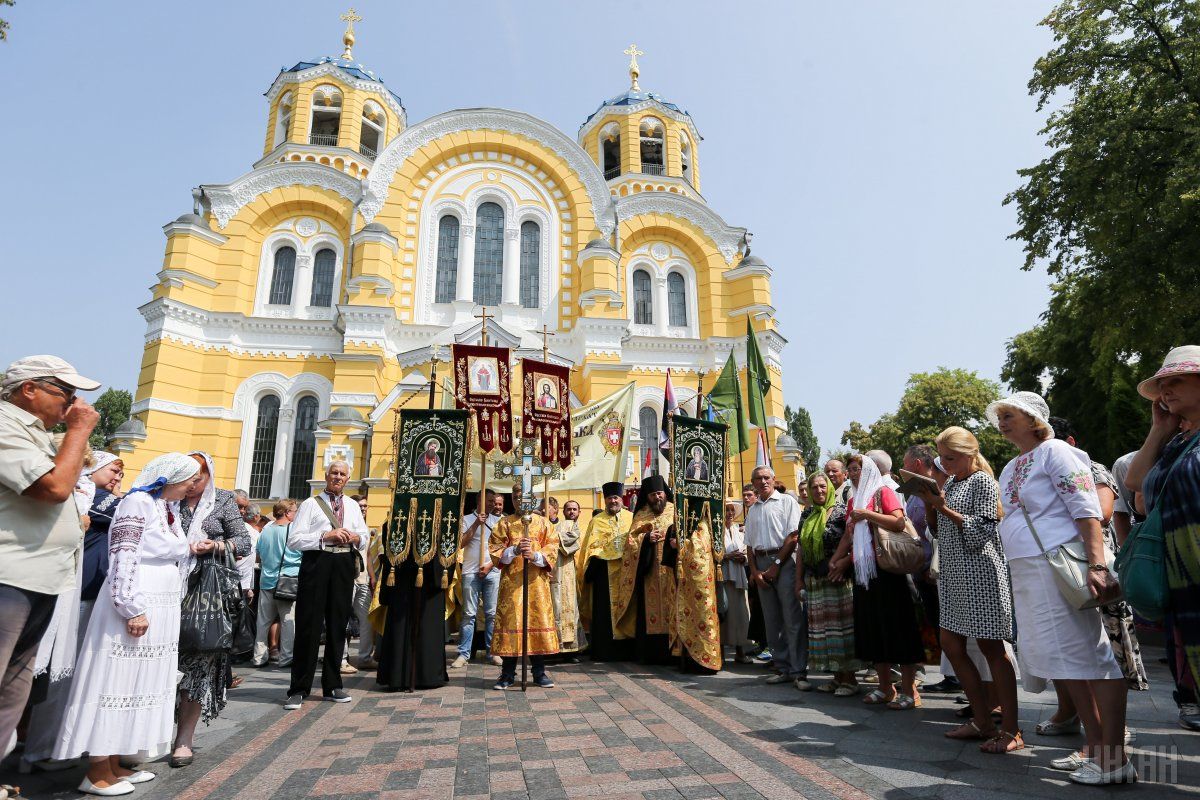 Two warships of the Russian Black Sea Fleet – frigate Pytlivyi and a medium-sized reconnaissance ship Ekvator – approached the territorial waters of Ukraine to monitor the deployment of the naval component of the Ukraine-U.S. military exercise Sea Breeze 2016, according to the headquarters of Ukrainian Navy. The Russian ships were moving in the same direction as the ships which participated in maneuvers.

Two tranches from the International Monetary Fund in the amount of $2.7 billion are expected to be received by Ukraine before the end of 2016, said Governor of the National Bank of Ukraine, Valeriya Gontareva.

Three people were killed and another two injured in the explosion of ammunition, which were transferred for disposal, at one of Ukroboronprom’s test sites in Ukraine’s Sumy region, according to the military prosecutors.

14 years have passed since the tragedy at a Sknyliv airshow when a warplane plunged into the crowd killing 77 people.

18 terrorist attacks, which have claimed lives of 443 people, happened in Europe over the past two years, foreign media reported. Since the beginning of 2016 alone, 172 people have died in terrorist attacks.

19 people were killed in the Japanese prefecture of Kanagawa in the incident at a medical facility where an unknown perpetrator armed with a knife went for a killing spree, foreign media reported. At least 40 people were injured.

40 "instructors", mainly-tankers and motorized infantry officers, arrived from Russia to training sites near Ukraine’s Yenakiyevo and Torez to train "DPR" militants, according to MP and coordinator of Information Resistance activist community Dmytro Tymchuk.

51 troops of Ukraine’s special operation forces received state awards for bravery and heroism in combat missions in the ATO zone and high professionalism shown in the defense of national sovereignty and territorial integrity of Ukraine, and commitment to military oath. This year, Ukraine has celebrated for the first time the Day of Special Operation Forces.

72 new U.S.-made UAVs have been handed over to the Armed Forces of Ukraine, as reported by the press service of the U.S. Embassy in Ukraine.

72% of Ukrainians are concerned about the war in Donbas, according to a survey conducted by the Kyiv International Institute of Sociology (KIIS). Also among the issues that concern most Ukrainians is the standard of living (61%), the economic situation (46%) and security (15%). Ukrainians appear to care the least about the status of the Russian language (1%).

163 participants of the ATO (13 of them – posthumously) were given high state awards for bravery, heroism and professionalism in protecting state sovereignty and territorial integrity, according to the press service of the Ukrainian president.

165 people were detained in the Armenian capital Yerevan in clashes with the police, foreign media reported.

243 Russian companies are banned from carrying out foreign trade activities, as they have conducted business with commercial entities in the areas of Ukraine, temporarily occupied by terrorists, according to the Security Service of Ukraine.

410 potential terrorists arrived in Germany as refugees and remain in the country at the moment, the German media reported, citing the statement of the Federal Criminal Police Office.

750 Turkish military, previously detained on suspicion of involvement in the attempted coup in Turkey, were released by the court, foreign media reported. Turkish authorities say that more than 8,500 soldiers took part in the coup attempt. 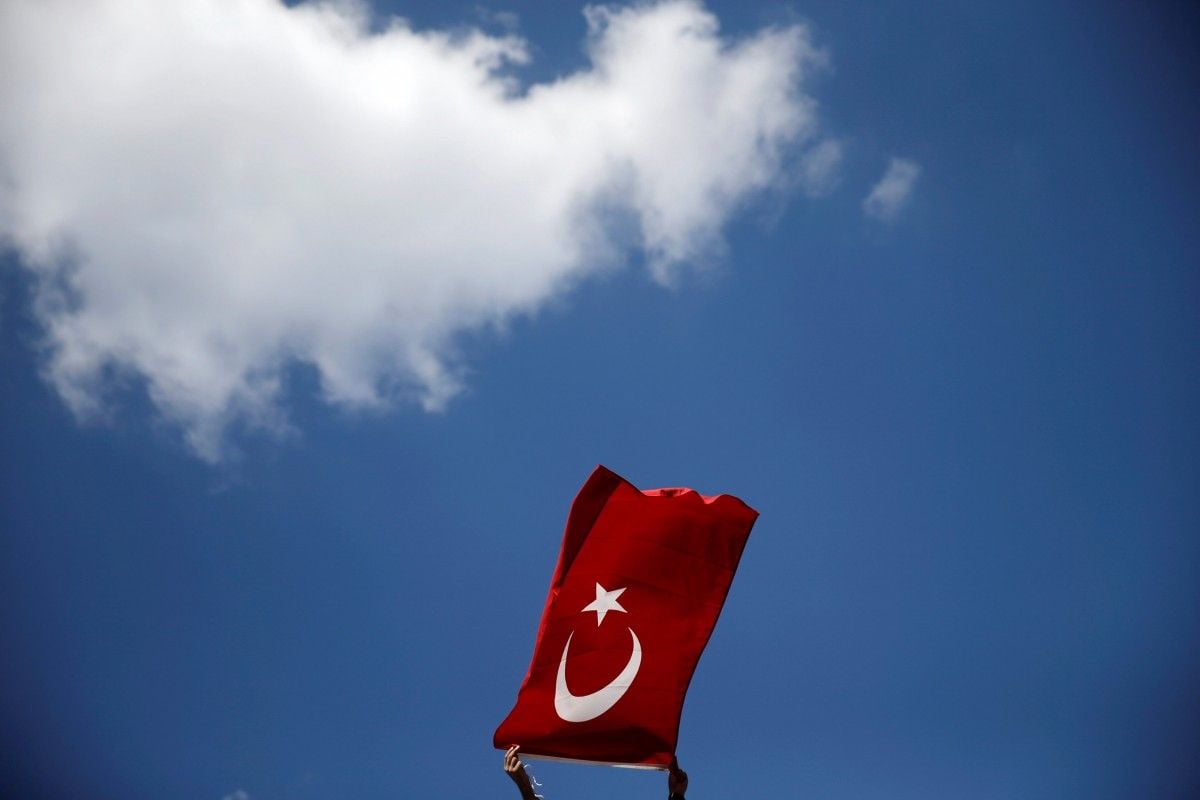 40,800 troops, of which about 4,500 officers, have signed contracts with the Armed Forces of Ukraine since the beginning of 2016, reported in the Ministry of Defense of Ukraine.

UAH 200,000 is an award the National Police is willing to pay for information that will help investigate the murder of a journalist Pavlo Sheremet, according to the Minister of Internal Affairs of Ukraine, Arsen Avakov.

A $2.9 million compensation from Russia’s Aviacor-Aviation Plant has been won in court by Ukraine’s aircraft manufacturer Antonov in a suit into the payment of royalties for the use of the trademark.

UAH 39.7 million is needed for the project on stabilization of a landfill in Lviv, Ukrainian media report with reference to the Lviv City Council.

UAH 141.5 million will be allocated by the Ukrainian Cabinet from a special fund of the state budget, which is financed by the European Union, for the elimination of technical barriers to trade between Ukraine and the EU.

UAH 5.2 billion is the total debt of the Ukrainians on payments for centralized heating and hot water, according to the State Statistics Service of Ukraine.