Patriarch Filaret: No Ukraine if church dependent on Moscow 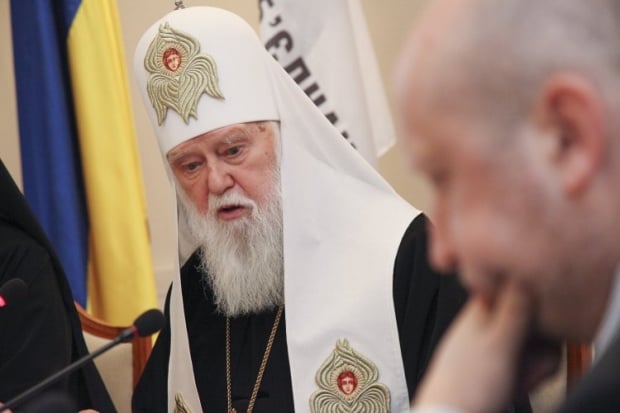 "If the church is dependent on Moscow, Ukraine will cease to exist, and Putin is well aware of it. Therefore, he pins his hopes primarily on his church, the Russian church in Ukraine, in helping him to conquer Ukraine. The same slavery again," Filaret noted.

"They say: let us pray for peace. That's right, we should pray for peace. But what kind of peace? For peace in captivity, for peace in bondage? We do not want such peace. We'd better sacrifice our lives for freedom and independence," Filaret added.

The All-Ukrainian religious procession for peace, love and prayer for Ukraine, which was organized by the Ukrainian Orthodox Church of the Moscow Patriarchate – an affiliate of the Russian Orthodox Church and a rival of the Ukrainian Orthodox Church of the Kyiv Patriarchate, moved from two directions to Kyiv. The eastern column of marchers set out from the Sviatohirsk Lavra monastery in Donetsk region on July 3, while the western column began their march from the Pochayivska Lavra monastery in Ternopil region on July 9. Both met in Kyiv on July 27, and held a night prayer service in Kyiv's Kyivska-Pecherska Lavra monastery. According to different estimates, from 10,000 to 80,000 church members participated in the march.

Filaret is leading the drive for his church to become a single local Ukrainian church, and is seeking canonical recognition.