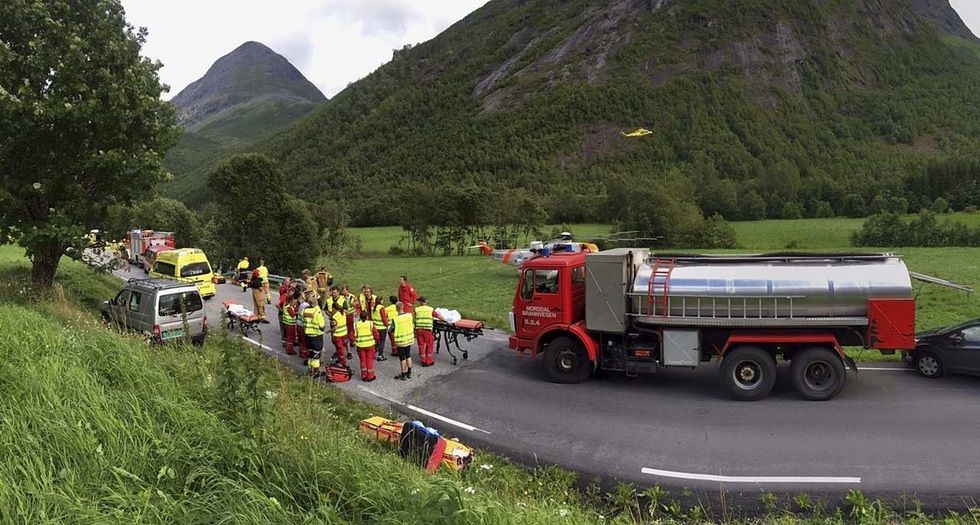 One person was killed, and from eight to ten passengers were seriously injured in a bus crash near Oslo / Photo from aftenposten.no

He referred to reports by local police and representatives of hospitals in Norway, the channel said, Channel 112 Ukraine reported.

Yatsiuk said that the accident happened not far from Oslo.

Read alsoCNN: At least 27 killed in Italy train collisionAs UNIAN reported, a tourist bus with Ukrainians on board crashed in Norway on July 30.

The Consular Service of Ukraine's Ministry of Foreign Affairs reported that one person was killed, and from eight to ten passengers were seriously injured.