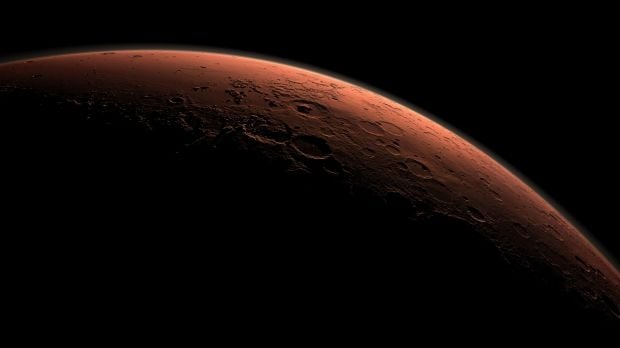 Scientists have long suspected that the planet might have running water. But the new findings confirm that it is on the planet, combined with "hydrated salts" in a brine, Andrew Griffin of The Independent wrote in the article titled "Nasa Mars water announcement: agency announces it has found proof of flowing water, improving chances of supporting alien life."

Normally, water on Mars freezes or evaporates, because of the intense environment on the planet. But the addition of salts means that it is much more stable, allowing it to survive on the Red Planet.

Scientists have long speculated that the Recurring Slope Lineae — or dark patches — on Mars were made up of briny water. But the new findings prove that those patches are caused by liquid water, which it has established by finding the hydrated salts.

The new research is based on an analysis of spectral data from the American space agency Nasa's Mars Reconnaissance Orbiter spacecraft.

Breaking down reflected light into its different wavelengths provides a chemical "fingerprint" of what a substance is made of. The Mars scientists devised a new method that allowed chemical signatures to be extracted from individual image pixels, providing a much higher level of resolution than had been achieved before.

"Recurring Slope Lineae (RSL) are seasonal flows on warm Martian slopes initially proposed, but not confirmed, to be caused by briny water seeps," the team behind  the discovery wrote in another paper, due to be delivered this week. "Here we report spectral evidence for hydrated salts on RSL slopes from four different RSL locations from the Compact Reconnaissance Imaging Spectrometer for Mars on board Mars Reconnaissance Orbiter.

"These results confirm the hypothesis that RSL are due to present-day activity of briny water."