"It was we who downed the plane": Intercepts of Russian proxies' comms revealed in MH17 trial

At a previous hearing, another batch of intercepts showed Russian General Sergei Dubinsky discussing the receipt of the Buk missile launcher (transferred from Russia) and its further transportation. 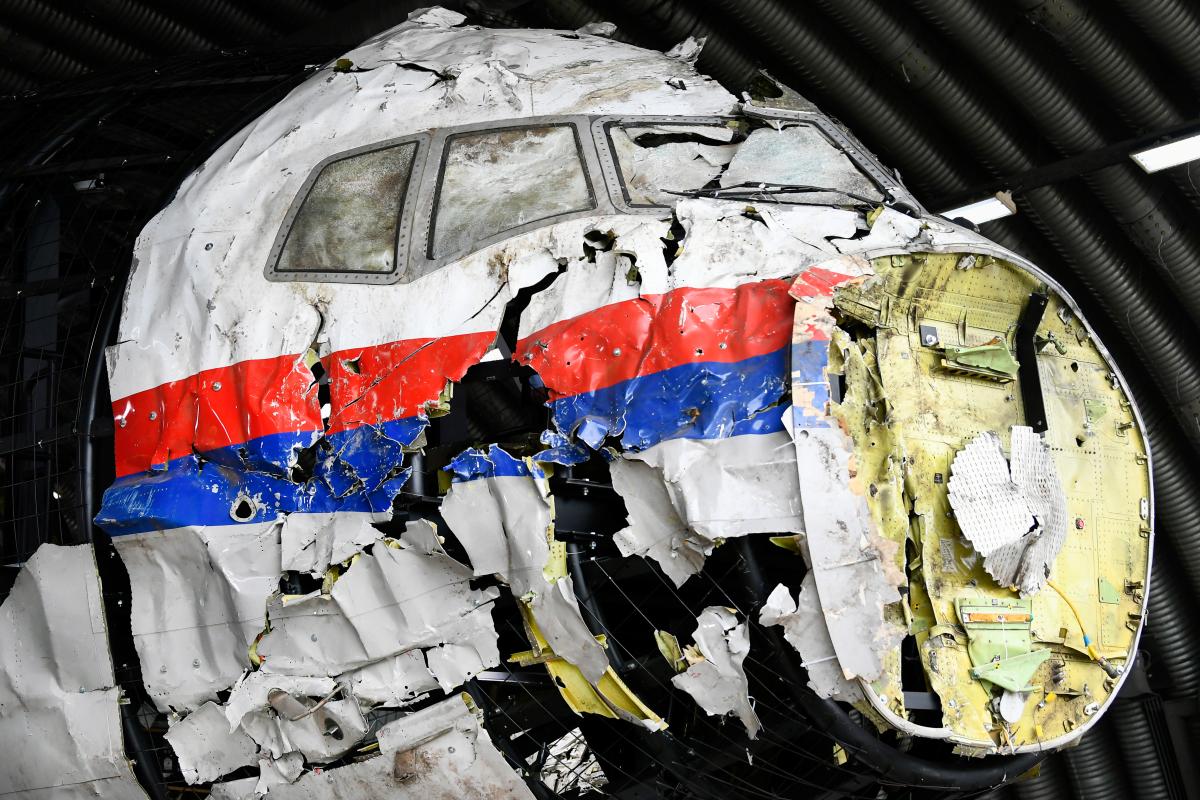 In the Dutch court hearing in the case of an MH17 downing, intercepts of phone calls between "DPR" fighters were made public, exposing them discussing the outcome of a Buk anti-aircraft missile system firing at a passenger plane over Donbas in eastern Ukraine's warzone.

The BBC reports that at the start of today's hearing, a previously published recording was played of a call made half an hour into the MH17 crash.

"We are on the site, we've already shot down a Sushka [a Su fighter jet]" "Good job, you guys, well done! Downed a Sushka…Well done!" Dubinsky answers him.

Kharchenko and Dubinsky are both suspects in the MH17 crash case heard by the Dutch court in The Hague. According to prosecutors, both were engaged in transportation of the Buk-M air defense missile system, which eventually shot down the liner.

Read alsoBellingcat journo on MH17: All evidence confirms Russia brought in deadly launcherJudging by the billing data of mobile phones studied by investigators, Kharchenko at the time of the intercepted call was in the area of the ​​occupied Snizhne, while Dubinsky was in Donetsk. The phone of someone who constantly accompanied Kharchenko at the time of the Boeing crash (about 30 minutes before the intercepted call) was pinged to a tower near the village of Pervomayske. It was from there, according to the Joint Investigation Team, that the missile was launched, shooting down MH17.

Soon after the said conversation, "DPR" militants in reports to their commanders started saying that the downed plane appeared to be a civilian one. Many of them, however, were unaware of this fact at the time.

"Botsman": I got a plane that's been downed here, I'm here behind the boxes. If you ned it, I'll report to you so you could report further on later.

Dubinsky: We hit someone (inaudible).

"Botsman": What are you saying?

Dubinsky: I'll only be in town in two hours. I'm in Marynivka now. We hit the plane just now, too, a Sushka. Right over Saur Mohyla. We got that Buk-M, so yeah.

At the previous court hearing, intercepted calls were played where Dubinsky repeatedly mentioned the receipt of the Buk missile launcher and the efforts to organize its transportation from Donetsk to Snizhne.

Read alsoIntercepted comms between Russians, proxy warlords reveal new details of MH17 downingIn a call at 18:44 Kharchenko reaches out to a retired military intelligence officer of the Russian army, Oleg Pulatov (call sign "Gyurza"), who in 2014 was the so-called head of the 2nd department of the "GRU DPR".

In the recording, Pulatov voiced a new version of what happened in the sky over Donbas.

Pulatov: You can head over here too, if you got time. They nabbed a downed pilot so we need to check what's going on here, to assess the situation that's happened. It appears from the report that this pilot… The main thing I want you to tell me is this: Did out Buk, which…

Pulatov: Ok, fine. The point is: it was a Sushka that brought down that Chinese passenger transport.

Kharchenko: No-no-no, it was we who were working on that Sushka.

Pulatov: No, I know that. It's that this Sushka right before that had shot down that Chinese thing. And only then did we pick up on that Sushka. Now the whole world is going to rumble overt this.

Kharchenko: I got you.

Pulatov: Everything is very good there. Now the main thing is to say ... [inaudible]. Take a couple of people along and come to me through Torez, I will direct you further.

As established by the JIT, on July 17, 2014, only one plane was shot down in the skies over Ukraine – the Malaysian Airlines flight MH17.

Read alsoBellingcat: Key MH17 figure identified as senior FSB officialAt the same time, Pulatov and Kharchenko continue in their calls to insist on the version that the Buk, which was guarded by "DPR" militants, shot down a Ukrainian Su-25 attack aircraft, which in turn had allegedly downed the passenger plane shortly before that. Soon Dubinsky reports this version to the so-called "minister of defense of the 'DPR'", Igor Strelkov. He also serves as a suspect in the MH17 case.

Dubinsky: We were observing from Snizhne, and our guys were, too. Here's the thing: the Sushka hit the Boeing, and then the Sushka, when it was making a second circle, was downed by our men from the Buk. And this was witnessed by [explicit, "a lot"] of our people. Gyurza reported this just now.

Dubinsky: The Sushka hit the Boeing, and our men [explicit, "hit"] the Sushka from the Buk.

Strelkov: Well, I don’t know, to be honest, I don’t really believe this.

Investigating this version, JIT investigators examined all the air-to-air missiles that the Su-25 attack aircraft is able to carry. The damage caused by such missiles was compared with the damage on the wreckage of the downed Boeing. As a result, Dutch experts came to the conclusion that of all air-to-air missiles, damage similar to that seen on the MH17 wreckage could only be inflicted by missiles of the R-33, R-37 and R-40 types.

After examining documentation and interviewing experts, the investigation found out that only the MiG-31 aircraft can be equipped with such missiles. There are no such fighters in service with Ukraine's military. Moreover, Ukraine handed to the Netherlands all flight data of its military aircraft of July 17, 2014 - all of the flights performed were beyond the combat zone in eastern Ukraine.

The investigation also examined data from Russian and Ukrainian civilian radars transmitted to the Netherlands. There were no signs of presence of any Ukrainian military aircraft near the MH17 route.

On June 7, the court started hearings of the case on merits against the four suspects in the July 2014 downing of the Malaysian Arilines Boeing (Flight MH17). The court on June 7 considered general issues.

The court is now focusing on three key issues:

Today, the hearings on these matters were set to be completed. A June 11 hearing will be scheduled as an extra day, if needed.