They view Russia as a party to the conflict in eastern Ukraine rather than as a mediator. 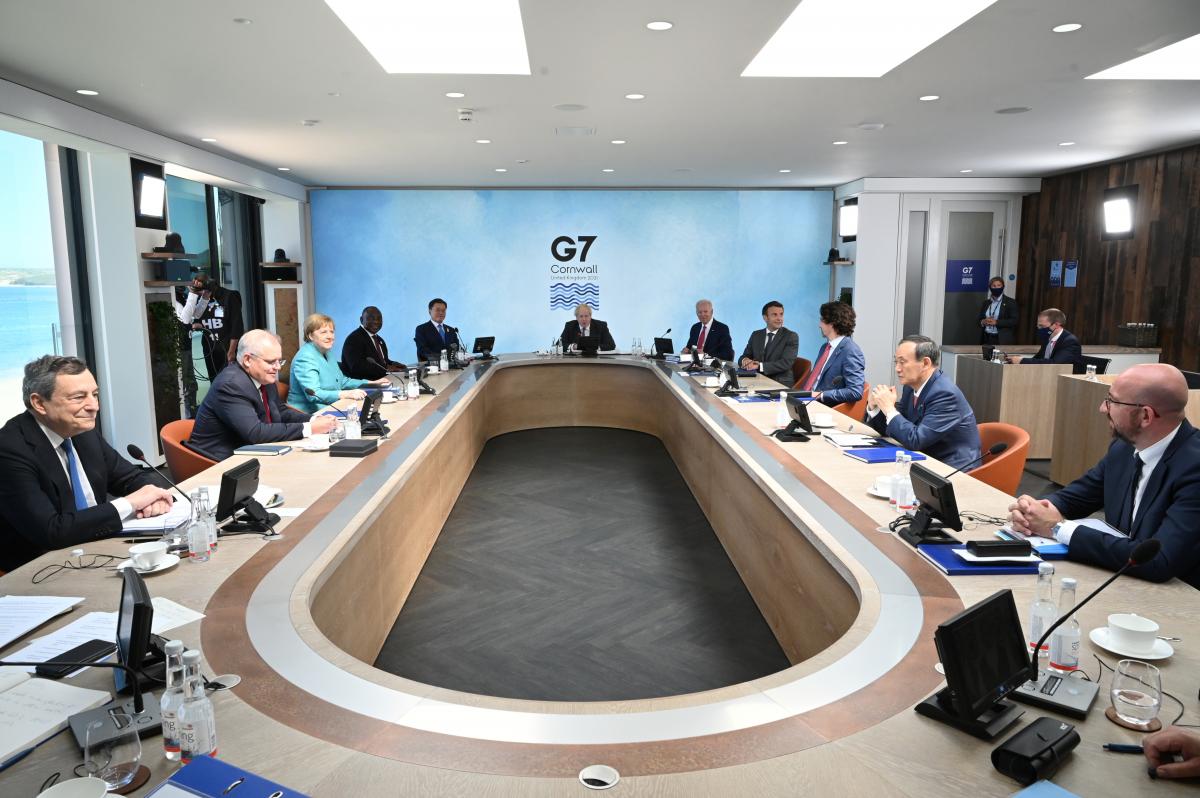 The G7 leaders were meeting at Cornwall's Carbis Bay, Britain, on June 11-13 / REUTERS

The leaders of the Group of Seven (the United Kingdom, the United States, Canada, France, Italy, Germany, and Japan) have called on the Russian Federation to withdraw its troops from Ukraine's eastern border and on the Crimean peninsula.

This was announced in their Carbis Bay G7 summit communiqué following a meeting in Cornwall on June 11-13, 2021.

"We reiterate our support for the independence, sovereignty and territorial integrity of Ukraine within its internationally recognised borders. We call on Russia to alleviate tensions and act in accordance with its international obligations, and to withdraw the Russian military troops and materiel at the eastern border of Ukraine and on the Crimean peninsula," they said in the communiqué.

"We remain firmly of the view that Russia is a party to the conflict in Eastern Ukraine, not a mediator. We affirm our support for the Normandy Process to secure the implementation of the Minsk agreements, and call on Russia and the armed formations it backs to engage constructively and recommit to the ceasefire," the communiqué said.

What is more, the G7 leaders reaffirmed their efforts to strengthen Ukraine's democracy and institutions, encouraging further progress on reform.

Read alsoUkraine set to demand reparations from Russia over aggression