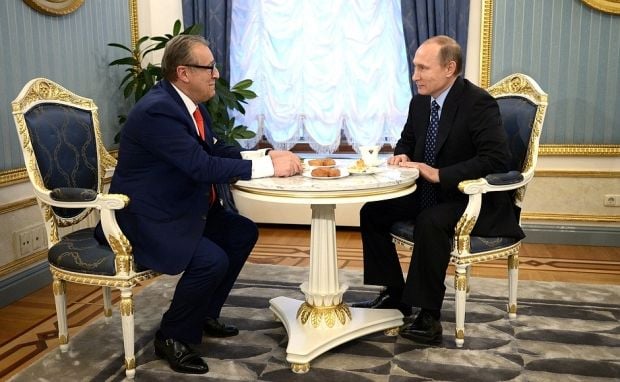 "As you are the hero of the day today, not me, it should fit you," said Putin, refusing to try on the crown, TASS news agency reported.

Khazanov admitted that "the cap" is too heavy for him. The comic said he had prepared the gift for the president’s birthday (October 7), but was unable to deliver it on time.

"Had you brought something more modest, I would have taken it, but this I’ll have to pass it over to the Kremlin," Putin said.

Russian President Vladimir Putin alier said in an interview with Charlie Rose for a 60 Minutes TV show on CBSNews that he does not fit the label of "czar" that Americans often apply to him.