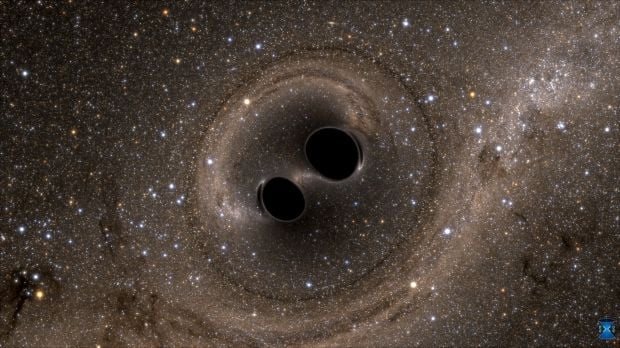 That faint rising tone, physicists say, is the first direct evidence of gravitational waves, the ripples in the fabric of space-time that Einstein predicted a century ago, NYT reports.

And it is a confirmation of the nature of black holes, the bottomless gravitational pits from which not even light can escape, which were the most foreboding (and unwelcome) part of his theory.

More generally, it means that scientists have finally tapped into the deepest register of physical reality, where the weirdest and wildest implications of Einstein’s universe become manifest.

Conveyed by these gravitational waves, an energy 50 times greater than that of all the stars in the universe put together vibrated a pair of L-shaped antennas in Washington State and Louisiana known as LIGO on Sept. 14.

Even with such extreme sensitivity, only the most massive and violent events out there would be loud enough to make the detectors ring. LIGO was designed to catch collisions of neutron stars, which can produce the violent flashes known as gamma ray bursts.

Nobody knew if black holes, the even-more-extreme remains of dead stars existed in pairs or how often they might collide. If they did, however, the waves from the collision would be far louder and lower pitched than those from neutron stars.

Dr. Thorne and others long thought these would be the first waves to be heard by LIGO. But even he did not expect it would happen so quickly.

"This is the holy grail of science," said Rochester Institute of Technology astrophysicist Carlos Lousto, according to Reuters. "The last time anything like this happened was in 1888 when Heinrich Hertz detected the radio waves that had been predicted by James Clerk Maxwell’s field-equations of electromagnetism in 1865," added Durham University physicist Tom McLeish.