The interlocutors discussed the course of reforms in Ukraine. 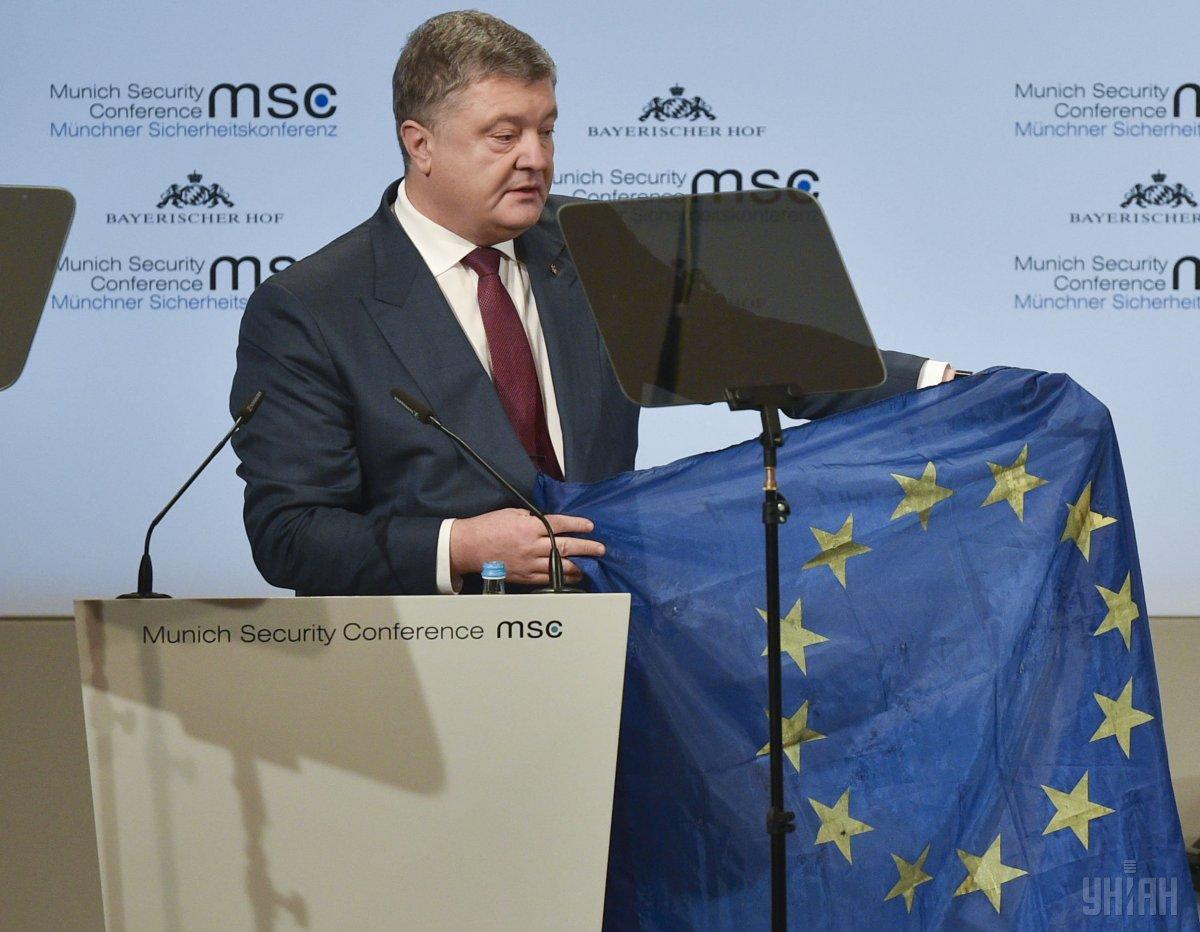 Ukrainian President Petro Poroshenko in the framework of the Munich Security Conference met with President of the European Commission Jean-Claude Juncker, during which the parties discussed the prospects of the European Union's allocation of the fourth macro-financial aid to Ukraine, as well as the ways of implementing the Eastern Partnership Initiative.

Read alsoPoroshenko, Mattis discuss situation in DonbasThe President of the European Commission assured that the European Union is ready to enhance the comprehensive support for Ukraine in 2018 on the way of systemic reforms and implementation of the Association Agreement between Ukraine and the EU, Poroshenko's press service reports.

The interlocutors discussed the course of reforms in Ukraine. The president of Ukraine noted the importance of forming an independent anti-corruption infrastructure, in particular an independent Anti-Corruption Court.

The leaders agreed to begin preparations for the 20th Ukraine-EU Summit.

Concern was also expressed as regards the implementation of the Nord Stream 2 project. Poroshenko called the given project a political one.

If you see a spelling error on our site, select it and press Ctrl+Enter
Tags:PoroshenkoUkrainemacrofinancialaidEuropeanUnionJunckerMunichSecurityConference