Rockets could be blasting into orbit from Derby within five years if the State and Federal governments get behind an ambitious proposal from the Ukrainian government. 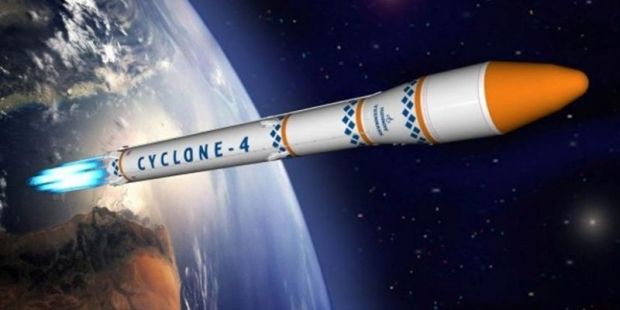 The State Space Agency of Ukraine (SSAU) wants to build a spaceport outside the Curtin air base in the Kimberley, pitching the idea as an answer to Australia's decades-old dream to host its own launch facility.

The bid, first proposed to the State and Federal governments in 2016, has struggled to gain traction within a sector that has, until now, lacked a champion in an Australian space agency and is jaded by pie-in-the-sky proposals that have quickly disappeared, The West Australian reported.

But Ukraine's Ambassador to Australia, Mykola Kulinich, told The West Australian that Ukraine has the technical expertise, supply chain and a long history in the global space race to back its offer.

"This proposal is very realistic," he said. "Ukraine could launch tomorrow morning if we had a site. We offer our people and our expertise if Australia has land for use."

The SSAU says it needs 5000sqkm to 7000sqkm of land on a commercial lease, preferably around the Curtin air base near Derby, to establish a spaceport.

It wants State and Federal government support to investigate land availability and tenure, environmental approvals, native title issues and other basic building blocks of the project.

Proponents say an initial study could be finished in a relatively short time frame, and for less than $500,000. A feasibility study to determine how much it would cost could be done within two years, Kulinich said.

Construction of launch pads, hangars and support facilities could be funded through private investment, as well as contributions from Australia's neighbours and allies.

WA senator Linda Reynolds has been working behind the scenes to bring together WA scientists and the space industry, hoping to lay the foundations for growth of the industry.

She has also been working to convince her colleagues to make WA the home of an Australian space agency.

Senator Reynolds says the Ukrainian proposal, if realised, is an exciting opportunity.

"The North West of our State is ideally positioned to develop an equatorial launch capability, and it would add to WA's already extensive space capability," she said.

Kulinich said he expected an SSAU delegation to visit Australia this year to lobby for the idea. Ukraine has a long history as a space-going nation. It was an integral part of the former Soviet Union's space program from the late 1930s and home to much of the USSR's rocketry research and technical know-how, as well as major manufacturing facilities.

After winning independence in 1991, Ukraine became a spacefaring nation in its own right. By the mid-2000s, Ukrainian-designed and built launch vehicles made up more than 10 per cent of global launches, according to the SSAU.

But its own space program, largely a partnership with Russia's space agency, was crippled after Russia's annexation of Crimea. The conflict has denied Ukraine access to joint launch facilities in Russia and Brazil.

If you see a spelling error on our site, select it and press Ctrl+Enter
Tags:Australia