The agreement reached will promote the strengthening of friendly relations between Ukraine and Qatar aimed at improving the defense capabilities of the two states. 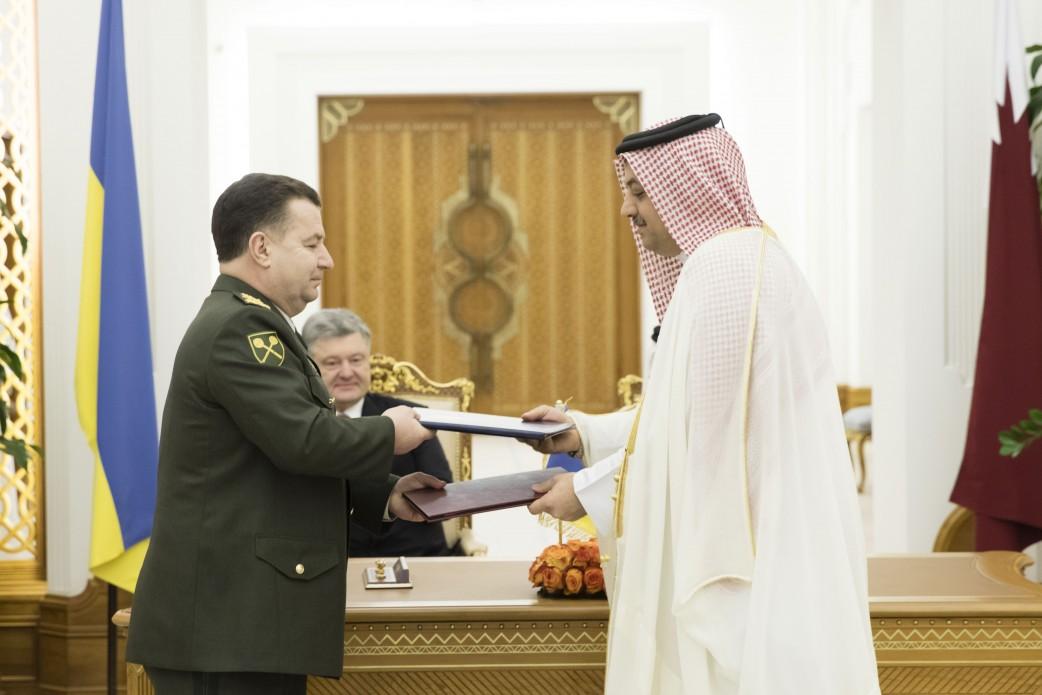 The Cabinet of Ministers of Ukraine and the Government of the State of Qatar have signed an agreement on military-technical cooperation.

The deal was signed in the presence of President of Ukraine Petro Poroshenko and Emir of Qatar Sheikh Tamim bin Hamad Al Thani, the presidential press service reports.

The signing of the document will promote the mutually beneficial and long-term cooperation between the two states in the military-technical field with the use of the latest scientific and technical achievements in the defense industry.

The document will promote the strengthening of friendly relations between Ukraine and Qatar aimed at improving the defense capabilities of the two states.

The Saudi-Ukrainian multi-purpose aircraft is intended in particular for military transportation of armed personnel, and warfare equipment.

The Kingdom of Saudi Arabia plans in 2019 to begin construction of an assembly plant for multi-purpose An-132 aircraft and to launch by 2021 their serial assembly.

Serial production of the new multipurpose An-132 aircraft will be organized within the framework of setting up a technopark near the city of Taif, located in the west of Saudi Arabia.

If you see a spelling error on our site, select it and press Ctrl+Enter
Tags:UkraineQatar