It is now important for parliament to quickly approve the supplementary law submitted by the President to formally establish the court, according to Lagarde. 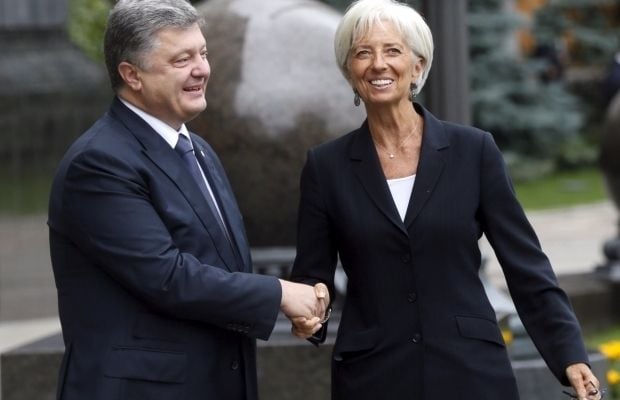 Ukraine's new law on the Hign Anti-Corruption Court is an important step forward in the fight against graft, according to Christine Lagarde, Managing Director of the International Monetary Fund (IMF).

“I am very encouraged by the adoption of the law on the High Anti-Corruption Court (HACC) by the Ukrainian parliament, which is an important step forward in the authorities’ fight against corruption," Christine Lagarde said in a statement released late Tuesday, following her telephone conversation on June 18 with Ukrainian President Petro Poroshenko.

Read alsoNBU expects to get next IMF tranche in 2018

“We agreed that it is now important for parliament to quickly approve the supplementary law submitted by the President to formally establish the court, as well as the necessary amendments to restore the requirement that the HACC will adjudicate all cases under its jurisdiction, including all appeals of relevant first instance court decisions, as it was in the draft law approved in the first reading," the statement reads.

“We also agreed to work closely together, including with the government, toward the timely implementation of this and other actions, notably related to gas prices and the budget, that are critical to allow the completion of the pending review under Ukraine’s IMF-supported program,” Lagarde said.

As UNIAN reported earlier, on June 7, the Verkhovna Rada adopted the draft law No. 7440 on the High Anti-Corruption Court. It was supported by 315 MPs. On June 11, the president signed the law.

Shortly after the vote, a dangerous loophole was spotted in the law on the anti-corruption court.

In particular, the appeals in NABU cases, which are now being heard in the first instance courts, will be considered by ordinary appellate courts instead of the Anti-Corruption Court. According to the Anti-Corruption Action Center, the provision emerged in the text of the amendments, handed over to the Rada's profile committee members just one hour before the final voting.

In order to establish the court one more draft law needs to be passed that has already been submitted by the president for Paliament vote. For the actual launch of the court, according to the Constitution, the president has to submit to parliament a short draft law with just one article "The High Anti-Corruption Court is established and based in Kyiv."

UNIAN memo. In March 2015, the IMF approved a four-year EEF loan program for Ukraine under which $17.5 billion will be disbursed. Under the program, Ukraine has received only four disbursements from the Fund to the tune of $8.7 billion due to the slow implementation of the agreed reforms. The program is expiring in March 2019. However, the National Bank of Ukraine and the Finance Ministry expect to receive $1.9 billion from the IMF in 2018.