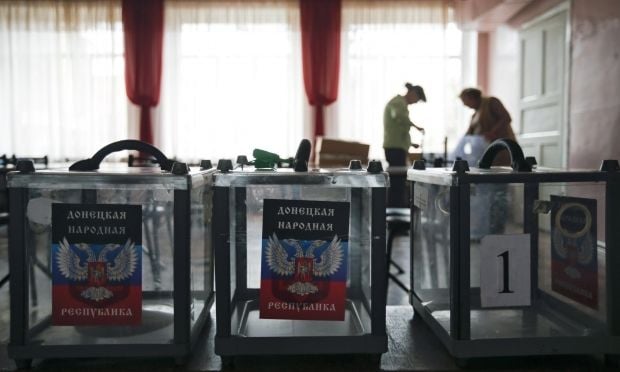 From now on, the Ukrainian authorities have suspended pension payments in the Donbas areas that are occupied by the militants, he said.

In early November, the cabinet took a ministerial decision to stop financing state institutions and making social payments to the people in the parts of Donetsk and Luhansk regions that are not controlled by the Ukrainian authorities. A source in the government said all payments would be suspended on December 1.

If a retiree wants to continue to get their pension, they have to relocate to a government-controlled area, register as a migrant, and live and receive social payments there. The pensions of all those who stay in the occupied regions will be calculated but will not be paid until the regions are freed from control by the Russian-backed militants.

“As long as parts of Donetsk and Luhansk regions are controlled by the imposters, the state budget will not finance those regions,” Yatseniuk said at a government meeting.

“Once the Russian terrorists leave Donetsk and Luhansk regions and we regain control over those areas, we will ensure everyone there receives the payments they are entitled to. If we make social payments in these regions now, the money will be stolen by Russian criminals anyway. This will be direct financing of Russian terrorism,” he said.

Yatseniuk noted that under the Minsk peace agreements Russia was to discontinue support for the militants, and Ukraine was to regain control over those areas.

“Stick to the agreements, free the area of the contagion you brought, and do not make people prisoners of your imperial ambitions, because the people are suffering,” Yatseniuk said.