According to Petro Poroshenko, the participants of the 20th Ukraine-EU Summit discussed the issue of energy solidarity, which remains a common priority. 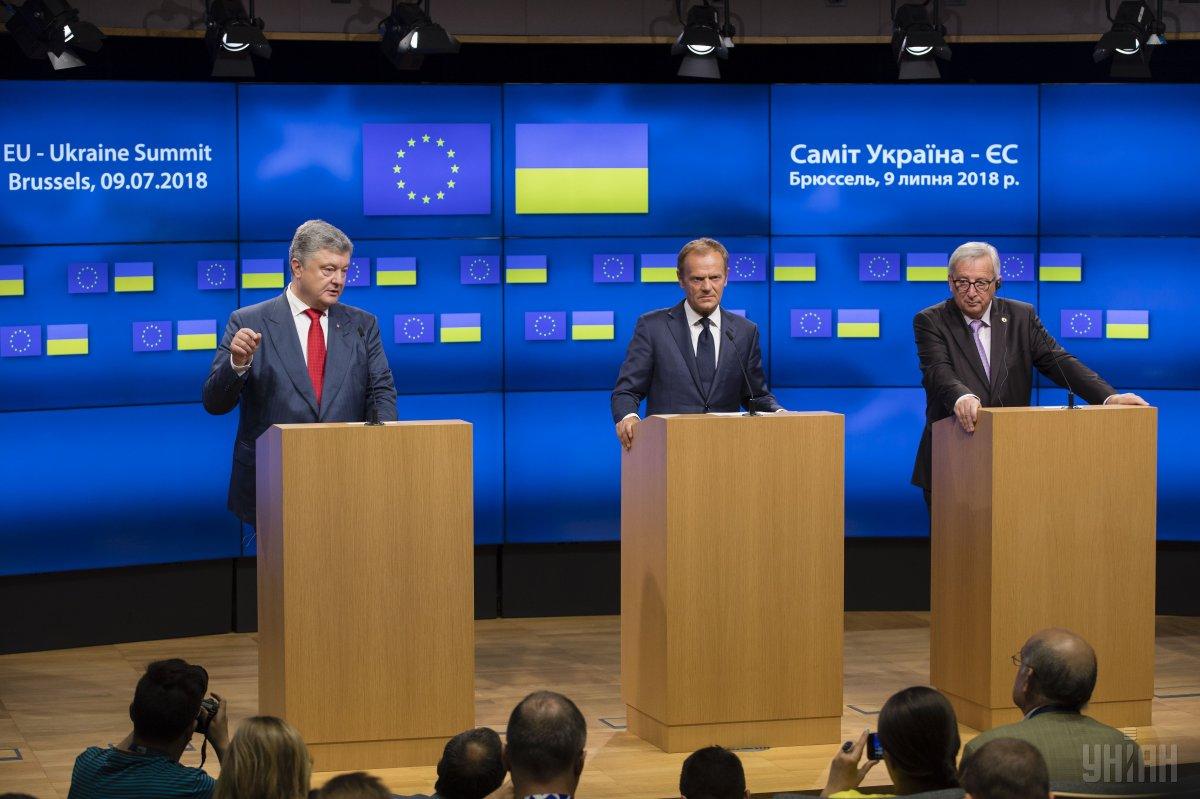 Ukrainian President Petro Poroshenko highlighted the negative impact of the geopolitically motivated project of Nord Stream-2 on the energy security of Ukraine and the EU and called on the European Union to elaborate the common approach to stop its construction.

“Energy solidarity remains our common priority. We have reconfirmed Ukraine's role as a strategic transit country, ensuring affordable, secure and sustainable gas supplies to the EU,” President Petro Poroshenko noted during the joint press conference with President of the European Council Donald Tusk and President of the European Commission Jean-Claude Juncker following the 20th Ukraine-EU Summit, according to the presidential administration press service.

“It is certainly a geopolitical project aimed to weaken Ukraine. To do everything to leave Ukraine without profits from the existing gas transport system. It is also aimed to take over 20 billion dollars from the EU for the construction of the infrastructure project Europe doesn’t need,” the President of Ukraine stressed.

The Head of State added that the given project would increase the EU’s dependence on Russia, which poses a geopolitical threat. “With this situation, we make every effort at our disposal to stop this geopolitical project and stop the dependence of Europe on Russian gas, stop monopolization of European market. And, of course, to protect the interests of Ukraine, interests of Poland, interests of the Baltic states, Scandinavian states, the whole EU and the whole world,” he added.

If you see a spelling error on our site, select it and press Ctrl+Enter
Tags:RussiaPoroshenkoUkraineenergyPolandEuropeanUnionsecurityBalticsNordStream2