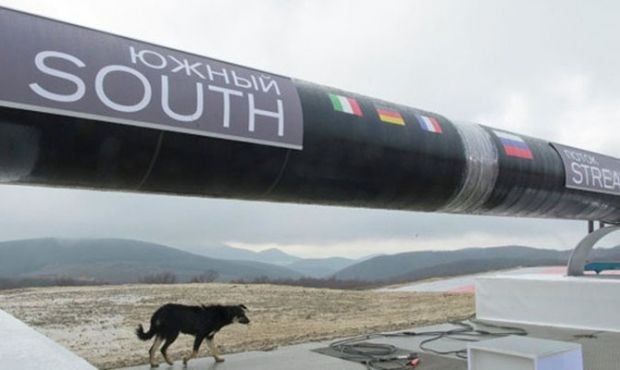 The change of direction was announced on Tuesday by the European Commissioner for Energy Union Maroš Šefčovič at a meeting of the European Council devoted to the problem of South Stream, according to Russia’s Gazeta.ru.

The SGC is expected to start transporting gas to Europe by 2019,” Šefčovič said.

He also noted that the EU energy ministers had considered the possibility of simplifying political and bureaucratic hurdles when implementing the European energy project, as well as giving assistance in addressing these issues to its partners outside the EU.

"At the same time, South Stream was never a real priority for the European Commission,” said Sergiy Agibalov, chief of the economic department of Russia’s Institute of Energy and Finance.

“Brussels has always tried to reduce its dependence on Gazprom and was looking for alternative suppliers, so speeding up South Stream was purely a political decision."

The SGC combines several pipeline projects intended to supply gas from the Caspian region to Europe, bypassing Russia. Earlier the SGC even included the Nabucco project, which is considered a failure today. It will instead include the South Caucasus gas pipeline project (Baku-Tbilisi-Erzurum), through which Azerbaijani gas will be transported to Turkey, and its extension – the Transanatolic and Trans Adriatic pipelines (TANAP and TAP respectively). TAP will be the last link in the chain, going through Greece, Albania and the Adriatic Sea to southern Italy and further into Western Europe.

According to Šefčovič, the EU has already received assurances from Azerbaijan and Turkey as for their commitments to implement the SGC projects.

There is also another SGC project option - the Trans-Caspian gas pipeline carrying gas to Europe from Turkmenistan.

According Šefčovič, the EU intends to intensify the construction of gas pipelines of local importance in Southern Europe so that they can be connected to the pipeline network serving the rest of the EU.

"We also need to explore the possibilities of additional investment in infrastructure," the European official said. Russia’s South Stream was to have supplied 63 billion cubic meters of gas (of which 14 billion cubic meters was to be transported to Turkey). After Russian abandoned the South Stream project, it announced plans to build a replacement with Turkey, establishing a gas hub there.

However, Turkey does not possess enough capacity to receive, store and transit Russian gas in the volumes planned. Given the fact that the new Russian gas pipeline and SGC will both go through Turkey, this may cause competition for the use of infrastructure.