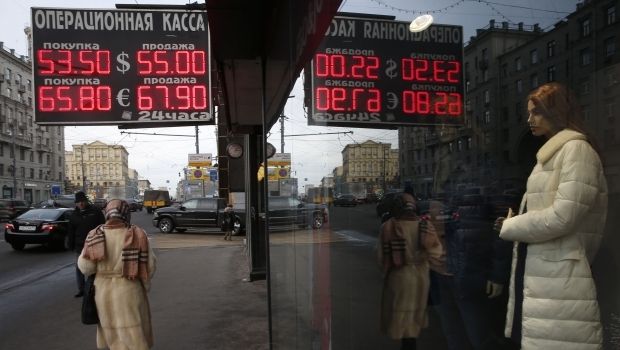 The fall of the ruble is occurring against the backdrop of a steep decline in oil prices. The cost of Brent crude oil fell during trading in London by 0.8%, to $63.18 per barrel.

The day before, Russian Central Bank took a decision to raise its key interest rate from 9.5 to 10.5%. Immediately after the announcement of bank’s decision, the fall of ruble accelerated: the dollar exchange rate has reached RUR 55.45 to the dollar, which was higher than Wednesday’s close of trading figure by 60 kopecks. The euro grew to RUR 68.99, or 74 kopecks higher compared with the previous close of trading.