The lack of buyers in the market has resulted in almost daily losses for the price of a Ukrainian kernel, as sellers attempt to remain price competitive. 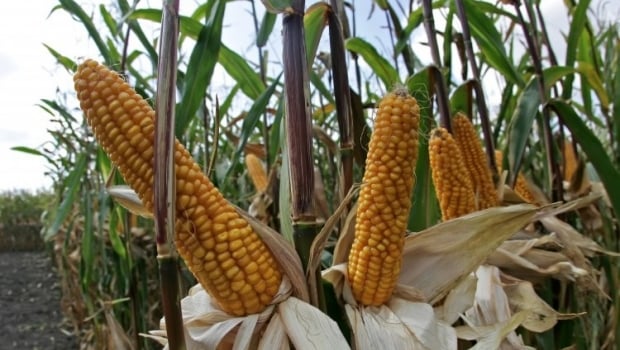 Ukrainian corn is expected to slide to below $160/mt, possibly as low as $150/mt in the next few weeks, as it struggles to compete with U.S. corn on price, sources said.

The competitiveness of U.S. corn has kept the arbitrage route from the U.S. to buyers in the Middle East, North Africa and Asia open.

The lack of buyers in the market has resulted in almost daily losses for the price of a Ukrainian kernel, as sellers attempt to remain price competitive.

Ukrainian corn, as assessed by S&P Global Platts, has shed $30.50/mt in the last five weeks.

"I'm pessimistic about the market. Some Ukrainian exporters still don't have an export program in place. Silos will remain plugged for much of the year," a source said.

U.S. corn has been driving lower prices due to expectations of another large harvest this marketing year as well as escalating trade tensions with China.

The growing trade tensions have signaled that Chinese tariffs of 25% will remain on U.S. corn and U.S. soybean for some time to come.

As soybean and corn farmers typically store both commodities together, the growing carry attached to soybeans has pushed more farmers to sell their corn on the market as they opt to store soybean in anticipation of a higher future price amid limited storage capacity.

However, due to the weak price of corn, some ethanol crushing is going at full capacity as the lower price of the feedstock means margins still work.

Moreover, in addition to weak demand, Ukraine is likely to see a bumper corn crop.

The most recent U.S. Department of Agriculture WASDE report forecasts 2018-19 production of 31 million mt, with exports forecast at 25 million mt.

"Ukraine will need to export 20-25 million mt of corn this [marketing] year," a source said, adding that under current conditions this will be incredibly difficult because prices will have to drop further for Ukraine to sell.

This is important because corn distributors suffer from high logistical cost premiums due to insufficient infrastructure in the country.

Logistical tightness can be best represented by the price surge of over $40/mt through Q1 2018 as demand came in droves from the EU and China.

However, the EU is unlikely to apply another levy. The drought and heat of the summer punished many corn crops. The USDA forecasts the EU 2018-19 corn crop at nearly 2 million mt, with imports at 19.5 million, up from 18 million the previous marketing year.

Despite the gloomy short-term picture, many are hopeful that tighter overall global supply and demand fundamentals will absorb any excess corn in the long run.

If you see a spelling error on our site, select it and press Ctrl+Enter
Tags:Ukrainepricecorn