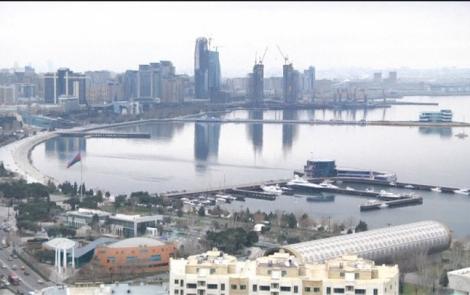 The Azerbaijan-Ukraine relations have reached the level of strategic partnership, said Azerbaijani First Deputy Prime Minister Yagub Eyyubov at an event dedicated to the 27th anniversary of Ukraine's independence in Baku on September 26.

"The relations between the two countries are based on friendship and mutual respect. Economic ties are developing rapidly," he said, AzerVews wrote.

Eyyubov underlined the role of the Azerbaijan-Ukraine intergovernmental commission in intensification of economic ties between the two countries.

Ukrainian ambassador to Azerbaijan Alexander Mishchenko also made remarks at an event, speaking about successfully cooperation of the two countries in many areas.

The ambassador stressed that many companies with Ukrainian share work in Azerbaijan. At the same time, he stated that construction of a pharmaceutical plant of Ukrainian company Indar will be launched in Azerbaijan soon.

Azerbaijan is one of the main trade partners of Ukraine among the CIS countries. Azerbaijani State Customs Committee reports that trade turnover between Azerbaijan and Ukraine amounted to $343.87 million in January-June 2018, $146.57 million of which accounted for the export of Azerbaijani products.

If you see a spelling error on our site, select it and press Ctrl+Enter
Tags:UkraineeconomyAzerbaijanpartnership