Monobank has delivered over 450,000 cards to its customers in only ten months

The ideology of mobile-only allows the project not to incur costs for maintaining offices and traditional banking infrastructure. 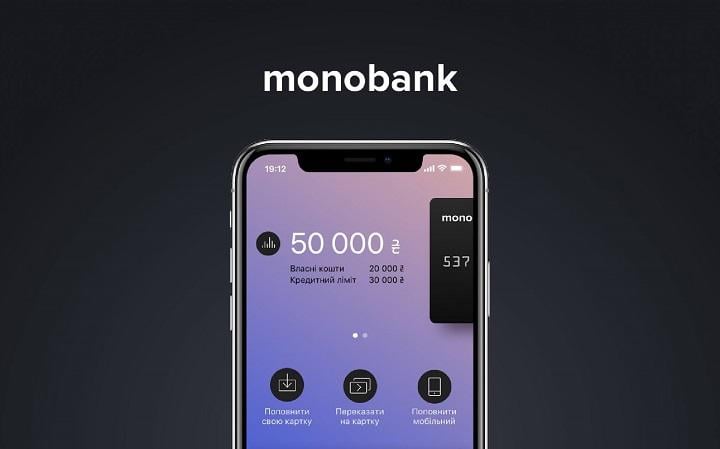 The Monobank project was launched in October 2017, and it's the first mobile-only bank in Ukraine. The project was founded by three partners — Dmytro Dubilet, Oleg Gorokhovskyi, and Michael Rogalskiy, former managers of the nationalized PrivatBank, the country's largest bank that serves more than 30 million payment cards.

The ideology of mobile-only allows the project not to incur costs for maintaining offices and traditional banking infrastructure. And since there are no other neo-banks in the country, such an approach allowed to offer clients the most favorable tariffs in Ukraine.

Dima Dubilet believes that affordable loans to Ukrainians and a mobile app as a convenient tool for managing a credit card have a good effect on purchasing power and, as a result, on the well-being of business and the country.

The project issues credit cards and provides the best mobile app in the market. Misha Rogalskiy says that such high adoption rates were achieved due to the fact that 80% of the clients learned about the bank from word of mouth. The bank became a hit on social media thanks to the clear UX, its character, the QR-cat, and referral program.

A unique installment product that works instantly and in any store in the world. The user has the option to pre-emptively and retrospectively allocate purchases to installment directly from the application. the installment is customisable by the customer to better suit their financial needs.

The Shake-to-pay feature is a fun way to complete p2p transfers to people who are nearby. To transfer, simply shake your smartphone, input value and choose the recipient. One doesn't need to know the recipient's details and even his or her phone number.

Despite the fact that the bank is only ten months old, it has already become one of the first banks to launch Google Pay and Apple Pay in Ukraine.

"The launch of Apple Pay was made possible by our early adopters; first, paradoxically, helped by Android clients!" says Oleg Gorokhovskyi, "It turned out that Monobank processes almost as many payments as the country's largest bank! These statistics struck us, and Apple. Secondly, Apple employees found that Monobank cards were one of the top ones in unsuccessful attempts to add to Wallet. Therefore, the merit of Monobank iOS clients is also considerable!"

For any questions, users are happy to contact a friendly support service in instant messengers, such as Viber, Facebook Messenger, and Telegram.

If you see a spelling error on our site, select it and press Ctrl+Enter
Tags:bankingmobile