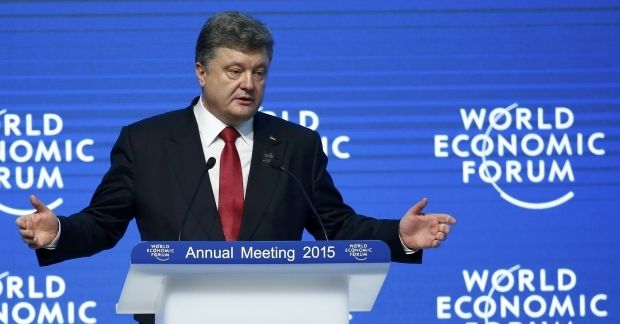 "I hope that on January 29 we will have a powerful new program with the IMF. Our ambitious reform program is ready for this event," Poroshenko said during his speech at a session entitled “The Future of Ukraine” at the World Economic Forum in Davos, Switzerland.

"We need a financial cushion, and it will be provided by the partners from the IMF, and other partners,” he said.

“These [partners] are from the United States and Canada. We also have signals from the Swiss government. These are demonstrative forms of solidarity with us, and we thank you for this."

As reported earlier, Poroshenko said that Ukraine and the IMF had prepared a memorandum on the new program of cooperation that involves an enhanced package of reforms and an extended package of lending to the economy.

Ukraine and the IMF are currently implementing a two-year cooperation program of lending to the economy of Ukraine, which is to run until 2016 and which has total funding of $17 billion, $4.6 billion of which Ukraine received in 2014.