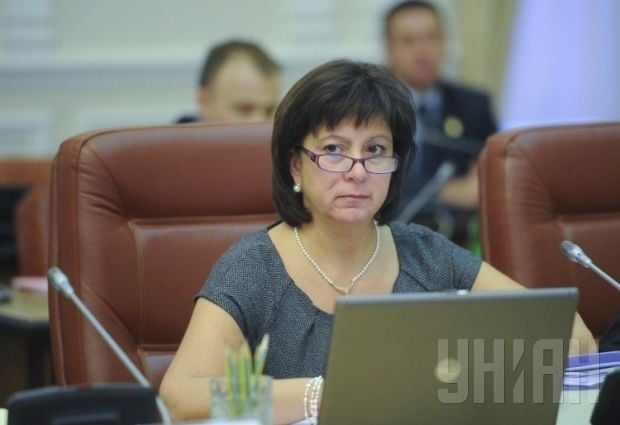 "Ukraine is an example of how risks are being improperly estimated,” Jaresko said.

“For our country, the risks are overestimated. After the global crisis of 2008, the risks of which also were not estimated correctly, we were predicted to default more than once. But these predictions have not come true."

She has also noted that even now, when Kyiv is requesting an additional financial aid package of $15 billion, the risk estimations are not correct.

"The amount referred to by the press is $15 billion. If we compare it with the amount of aid provided to Greece, I do not think this is a significant sum for a country with a population of 45 million," Jaresko said.

At the same time, she said the government was doing a lot to implement key reforms – in the judiciary, anti-corruption, and peace building in the east.

"We have a strong government ready for reforms. We often consider the numbers, but overlook the impact of the human factor. For Ukraine, it is essential. Today we are stronger than those statistical indicators."

Jaresko also said Ukraine is fully complying with its financial obligations. In 2014, Ukraine received $9 billion of macro-financial assistance from various sources, while it repaid $14 billion in external debts. The amount of payments due in 2015 is up to $11 billion. The volume of required borrowing in 2015 is estimated by the government at $15 billion.