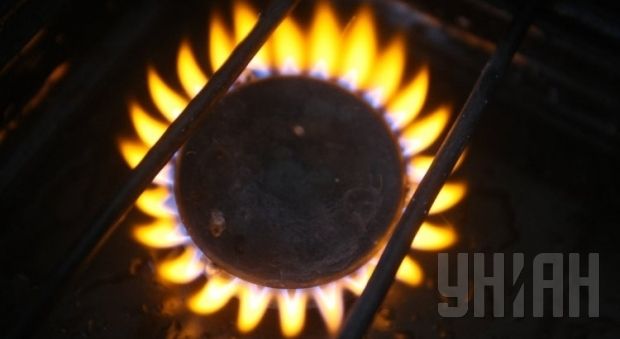 In particular, it was reported that on June 16, 2014 Gazprom submitted a lawsuit to the Arbitration Institute of the Stockholm Chamber of Commerce in Sweden with a request to recover from Naftogaz unpaid debts for natural gas and interest on this debt of a sum amounting to $4.5 billion.

At the same time, on June 16, 2014 Naftogaz also submitted a lawsuit to the Arbitration Institute of the Stockholm Chamber of Commerce with the requirement for a retroactive change in natural gas prices, reimbursement of all overpayments since May 20, 2011 of a sum totalling $6 billion, and the cancellation of the contract provisions prohibiting the supply of natural gas to Ukraine from other sources.

"On July 1, 2014 Naftogaz and Gazprom provided responses to the requests under the relevant arbitration. On July 21, 2014 these cases were consolidated. The oral hearings will be held no earlier than February-March 2016," the report says.

According to the report, on October 13, 2014 Naftogaz submitted a lawsuit to the Arbitration Institute of the Stockholm Chamber of Commerce with a request for arbitration to Gazprom with the following requirements:

- to recognize that the rights and obligations of Naftogaz under the Contract on the scope and terms of natural gas transit through Ukraine in 2009-2019 will be transferred to Ukrainian gas transiting company Ukrtransgaz;

- to recognize that certain provisions of the contract that were subsequently revised are invalid and must be supplemented or replaced by the specified provisions in accordance with the energy and the antimonopoly legislation of Ukraine and the European Union;

- to oblige Gazprom to pay Naftogaz compensation for non-supplied transit volumes of gas in the amount of $3.2 billion, and the interest on this amount;

- to recognize that the transit tariff in the contract must be amended by the further written statements of Naftogaz in accordance with the basic principles of Swedish contract law.

The preliminary amount of the requirements is $6.2 billion.

On November 28, 2014 Gazprom replied to a request for arbitration.

According to the report, on December 11, 2014 the arbitrators were convened.

As UNIAN reported earlier, Russia stopped supplying Ukraine with gas from the middle of June to the middle of December 2014, citing uncertainty over delivery conditions, disputes over prices, and the issue of Kyiv’s debts for previous gas shipments.

According to the agreements signed in Brussels in late October, Ukraine will be able to resume purchases of Russian gas from any date and in any amount, provided its debt of $3.1 billion is repaid. Ukraine has already paid off $1.45 billion dollars of the debt, at a gas price of $378 per thousand cubic meters.

In addition, the “take or pay” condition previously applied by Russian gas company Gazprom, under which Kyiv was forced to buy a certain volume of gas or face fines, has been dropped. The gas price for Ukraine in the first quarter of 2015, which is linked to oil prices, has been set at $365 per thousand cubic meters.

The agreements reached are temporary and valid until March 31, 2015. The final terms of Russian gas supplies to Ukraine, and the price of fuel will be determined by the Arbitration Court in Stockholm.

Ukraine expects the Stockholm arbitration decision on the dispute of the gas price between Naftogaz and Gazprom in the first half of 2016.