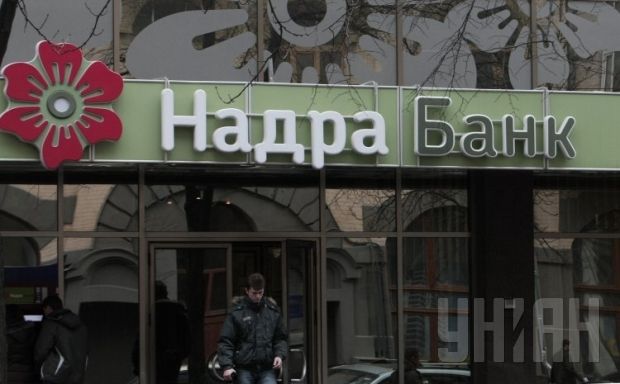 The insufficient capitalization of the bank was the main reason for including it in the category of insolvent banks, in accordance with the results of stress testing the institution, the NBU said.

As reported by the Individual Deposit Guarantee Fund, an interim administration started working in the bank on Friday.

According to the NBU, the total amount of payments due to depositors of Nadra bank will exceed $3.6 billion, and 99% of depositors with deposits under the guaranteed amount of UAH 200,000 will get their deposits back in full.

The NBU said the declaration of the bank as insolvent resulted from its non-viability ever since the introduction of an interim administration in 2009 in connection with risky activities by the previous management, headed by Igor Gilenko, who failed to manage the bank efficiently, and effectively bankrupted it. The efforts of the new bank’s management have been insufficient to stave off insolvency, given the backdrop of Ukraine’s financial and economic crisis.

The capitalization plans provided to the NBU did not convince the central bank of the viability of the Nadra, as expert analysis confirmed the continued generation of losses in the future. In addition, the ability to perform a capitalization plan was dependent on the restructuring of the loans previously provided by the NBU on favorable terms, with the maturity period extended to more than 10 years.

Nadra Bank has been operating in Ukrainian market since 1993, and was one of the largest banks in terms of assets volumes. The bank’s main shareholder is Centragas Holding AG company – an entity affiliated to the Firtash Group of Companies (Austria, 89.9659% of the shares).