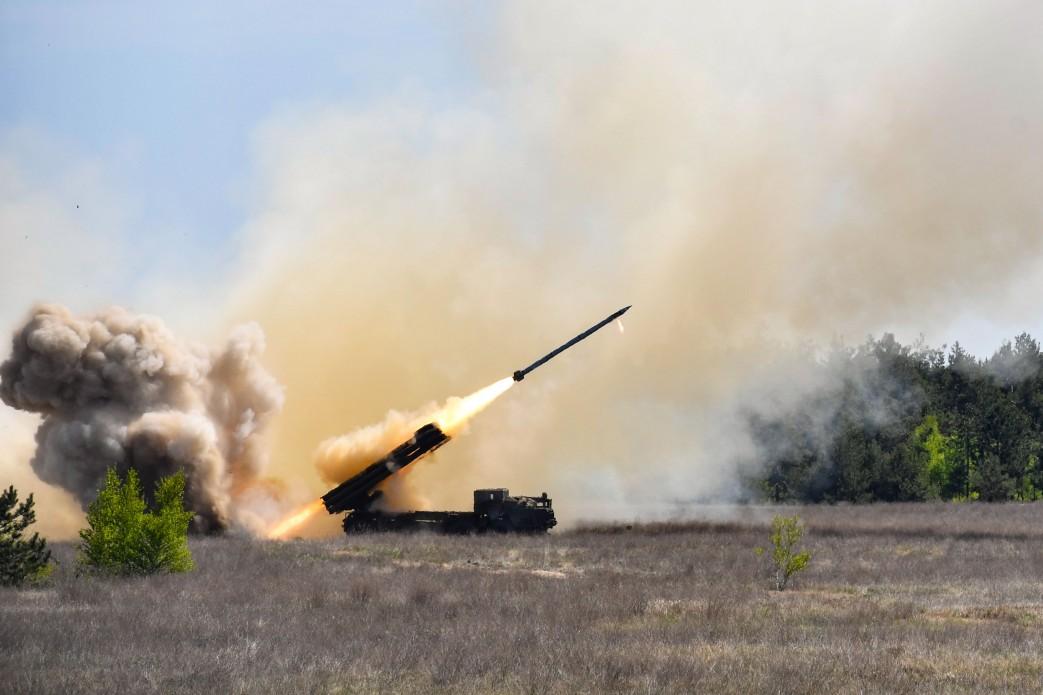 According to a company statement, the new Ukrainian high precision multiple rocket launching system Vilkha with 300mm caliber missiles is considered to be one of the most powerful in the world in its class, Defence Blog reported.

The system is intended for the purpose of defeating the targets of any type on the distant approaches.

The system is capable of launching 12 missiles in just 45 seconds on a distance of up to 120 km. In such a distance, the missiles hit the target with a circular error probable less then 30 meters. At the same time, the mass of one 300 mm missile Vilkha is 800 kg.

A number of the Middle East countries have been already interested in both systems for a long time. Conducting successful firing trials of Neptun and Vilkha missiles in 2018 created the preconditions for reaching specific agreements with potential foreign customers.

The products of Spetstechnoexport and other Ukrainian defense enterprises are presented at the IDEX 2019 exhibition at the joint stand of the Ukroboronprom.

If you see a spelling error on our site, select it and press Ctrl+Enter
Tags:defensebudgetVilkhadefenseindustry