The An-132 is a modernized variant of the An-32 cargo plane is going to have better capabilities when it comes to the carried payload, while the airframe is designed in a way to be able to carry out unprepared runway operations. 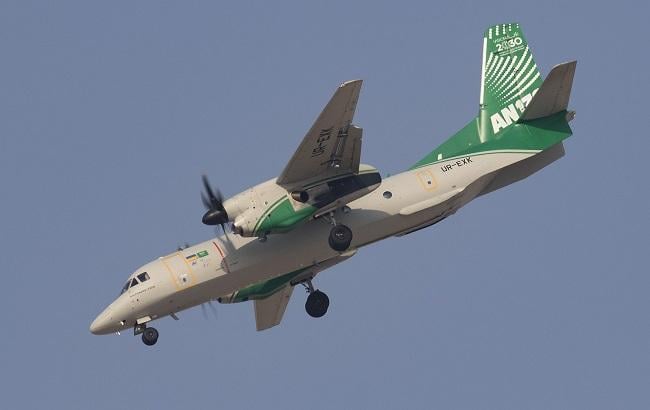 Ukrainian Antonov and Saudi Arabia’s Taqnia Aeronautics have displayed An-132 military transport aircraft for the first time at the ongoing Aero India 2019 airshow.

The Saudi−Ukrainian multi−purpose aircraft, a joint development by Antonov and King Abdulaziz City for Science and Technology (KACST), is intended in particular for military transportation of armed personnel, and warfare equipment, according to Defense World.

The aircraft made a spectacular demo flight during the exhibition.

The Indian Air Force currently modernizing its entire fleet of 105 aircraft in service. Thirty-five upgraded An-32s have already been delivered by Ukrspetsexport. The upgrade program was stalled due to Ukrainian conflict until recently. In January 2019, India and Ukraine agreed to resume the upgrade of 65 An-32s as Kyiv has developed alternatives to replace the Russian-made systems in the platforms.

The upgrades include modern avionics equipment, new oxygen systems and improved crew seats. The rest of the aircraft are being upgraded in India.

The upgrade will allow the Indian Air Force to fulfil the tactical transport requirements up to and beyond 2025.

The IAF took the delivery of the four upgraded Soviet-era An-32 aircraft in June 2011. The An-32, the backbone of the IAF transport fleet, has been operational since 1984 and the 104 planes in the IAF inventory have flown more than 800,000 hours on various missions.

The IAF had, in 2005, conceived the upgrade of An-32s to overcome maintenance challenges due to ageing and obsolescence, while still left with airframe hours and number of landings. The $400 million upgrade contract was concluded in 2009.

The An-132 is a modernized variant of the An-32 cargo plane is going to have better capabilities when it comes to the carried payload, while the airframe is designed in a way which provides the aircraft with STOL capabilities, so important when the missions require to carry out unprepared runway operations.

The aircraft is propelled by Pratt & Whitney Canada PW150 engines, with six-bladed Dowty Propellers Company R408 propellers, the fully digital avionics system is going to be delivered by Honeywell, while the life support system is to be provided by the Liebherr company. The evolved Antonov-132 will have an extended range, and the An-132 will be able to carry a maximum payload of up to 8,400 kg. It is designed for military and civilian operations.