India tops the list, with the average price of one gigabit (1GB) of mobile data $0.26. 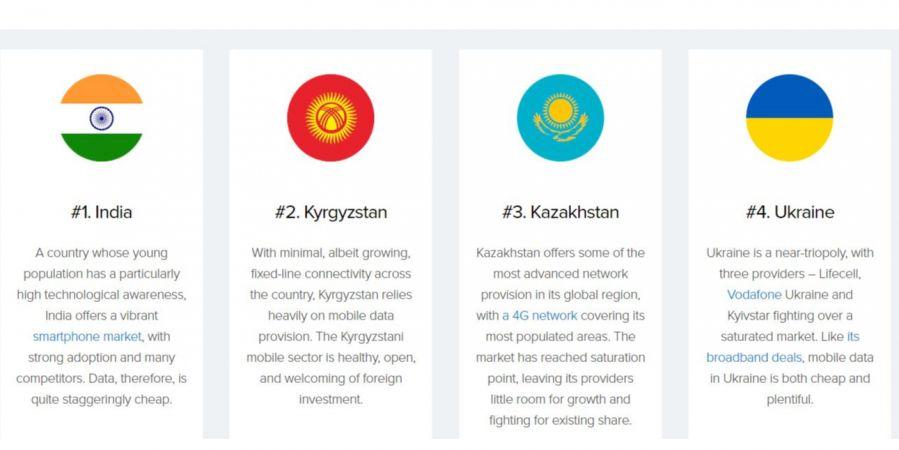 The ranking assesses the cost of 1GB of mobile data in 230 countries, according to Cable.co.uk.

India tops the list, with the average price of one gigabit (1GB) of mobile data $0.26.

"A number of CIS countries are among the very cheapest in the world for mobile data and all but one sits inside the less expensive half of the table. Kyrgyzstan is a very close second to India in the world table with an average of $0.27, just ahead of third-placed Kazakhstan ($0.49) and fourth-placed Ukraine ($0.51). The Russian Federation itself is just outside the world top 10 with the average price of 1GB $0.91," the report says.

"Ukraine is a near-triopoly, with three providers – Lifecell, Vodafone Ukraine and Kyivstar fighting over a saturated market. Like its broadband deals, mobile data in Ukraine is both cheap and plentiful," the report says.

If you see a spelling error on our site, select it and press Ctrl+Enter
Tags:pricerankingtelecommobileinternet