DW: After 5 years of Ukraine sanctions, where are Viktor Yanukovych's millions?

The funds can only be seized and returned to Ukraine once its illegal origins have been proven in Ukrainian courts. 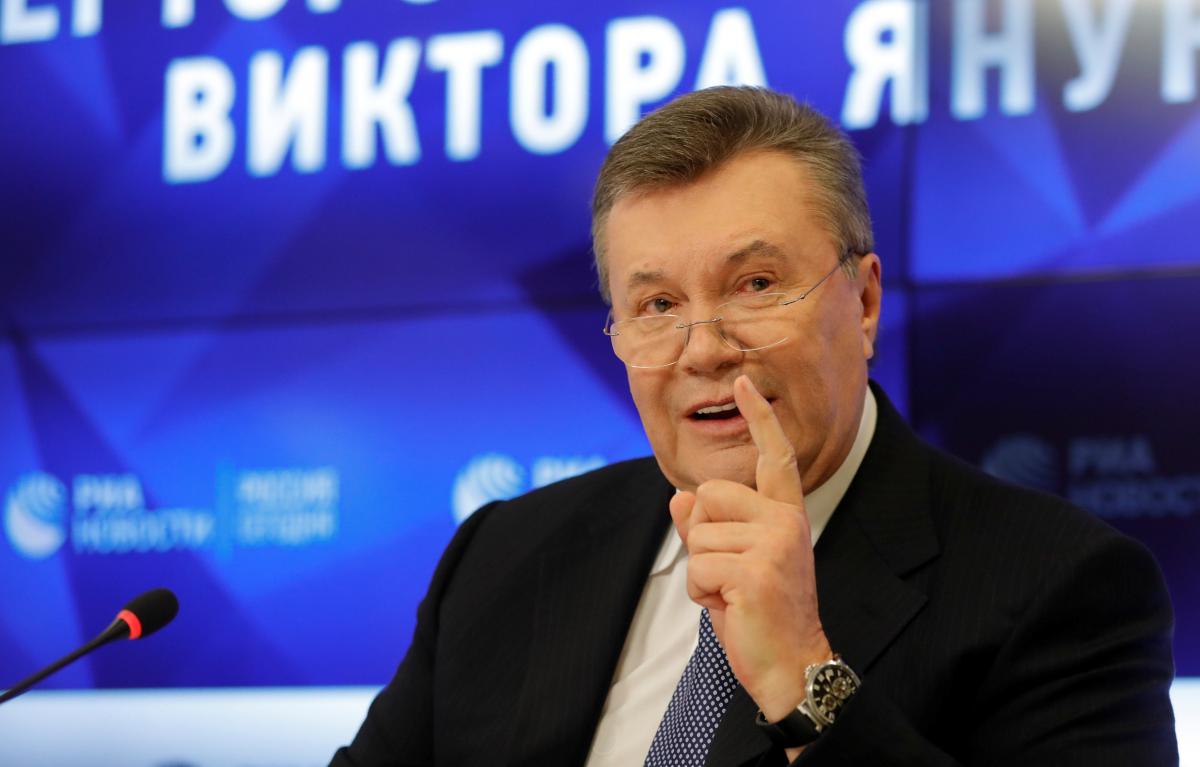 EU sanctions against Ukraine's former president have been in place for five years. As criminal investigations drag on, the chances of returning the millions in stolen money to its rightful owners are rapidly dwindling.

The European Union has extended the sanctions against Viktor Yanukovych and his confidants for another year. On March 5, 2014, the Council of the European Union froze the accounts of Ukraine's former president, his sons and 15 other people from his inner circle, Deutsche Welle recalls.

The EU blames Yanukovych and his allies for human rights violations in Ukraine and has accused him of illegal enrichment. Those sanctioned fled to Russia after the bloody crackdown on Euromaidan protesters, but experts say the majority of their secretly amassed fortune is located in the West. That is why Western state authorities are working to find the money and restore it to its rightful owners in Ukraine. In addition to the EU, Switzerland and Liechtenstein have also placed sanctions on Yanukovych and his allies.

Only a fraction of the suspected Yanukovych millions have been found thus far. Most of the money was frozen in accounts in Switzerland – around 145 million Swiss francs (EUR 128 million, $144 million), the Swiss Office of Justice told DW. But these funds can only be seized and returned to Ukraine once its illegal origins have been proven in Ukrainian courts. So far, not a single case of alleged illegal enrichment has resulted in charges. In many cases, as DW's searches in the Ukrainian court register show, it took two to three years for Ukrainian investigating authorities to even ask their Western European colleagues for any information about cash flows and accounts.

Some EU countries, including Germany, are finding it difficult to track down any Yanukovych money at all. Since 2014, DW has reported several times on transactions that could be linked back to Ukrainians on the EU sanctions list, such as oligarch Serhiy Kurchenko and Oleksiy Azarov, son of Yanukovych's prime minister, Mykola Azarov, and a former member of parliament. The two men purchased the petrol station network Sparschweingas in Germany in 2012.

According to company registers, they hid their names as owners behind a construct of shell companies in the Netherlands, Austria and various tax havens. It took German investigators more than two years to find out who the owners behind the company network were.

By this time, the European Council had already removed Azarov's name from the sanctions list, as Ukrainian investigators had long been unable to provide any indication that his funds had criminal origins. The money laundering investigations in Germany were stopped for this reason as well. Things only picked up again in 2017.

Today Kurchenko's and Oleksiy Azarov's German companies are bankrupt. Nevertheless, the petrol station business is flourishing – it just runs through other companies. The business was partly taken over by Kurchenko's friend Kostyantin Pivovarov. As can be seen from the company books, the business runs through Garda Handels- und Beteiligungs GmbH, a Pivovarov company in Austria.

If you see a spelling error on our site, select it and press Ctrl+Enter
Tags:YanukovychcorruptioninvestigationsanctionsEuropeanUnionassetsassetrecovery