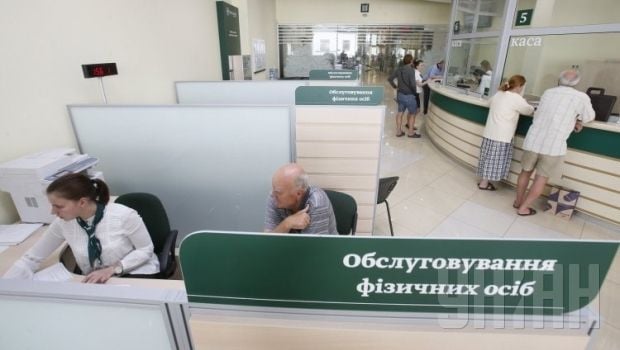 According to the cabinet, the Ukrainian government proposes a gradual five-year increase in the retirement age for women and increase the pension contributions required for those who are eligible for a preferential pension, as well as reduce the amount of pensions for working pensioners to 85% of its present level, according to government bill No. 2212 "On amendments to certain legislative acts of Ukraine on pensions," which was published on the Web site of the Cabinet of Ministers on Tuesday.

The adoption of the bill is caused by the need to implement measures to promote the efficient use of public funds, as well as the need to create conditions for the stabilization of the financial condition of the Pension Fund of Ukraine.

For calculating pensions, the Cabinet of Ministers has proposed to take into account the average wage, or the income from which pension insurance premiums were paid from 2012 to 2014.

"The pensions for working pensioners will be paid at a level of 85%, but no less than the subsistence minimum for those people who have lost their working capacity," the memorandum says.

In addition, the Ukrainian government has proposed not to grant any pensions to those retirees who already have special pensions, or work as MPs, civil servants or persons of equal status, including judges, prosecutors and others.

As reported earlier, the Cabinet of Ministers proposed that the Verkhovna Rada amend the law "On the State Budget of Ukraine for 2015" and reduce the amount of budgetary allocations to the Pension Fund in 2015 by UAH 3.9 billion, to UAH 76.95 billion. In addition, the document foresaw a reduction of subsidies for the payment of pensions and retirement premiums of UAH 23.2 million, to UAH 61.845 billion, as well as a reduction of financing to cover the deficit of the Pension Fund of UAH 3.89 billion, to UAH 15.105 billion.

According to the law "On the State Budget of Ukraine for 2015," the amount of allocations from the state budget for the needs of the Pension Fund of Ukraine in 2015 is expected to reach UAH 80.9 billion. Subsidies for the payment of pensions and retirement premiums amount to UAH 61.9 billion, and the financing to cover the deficit of the Pension Fund amounts to UAH 19 billion.