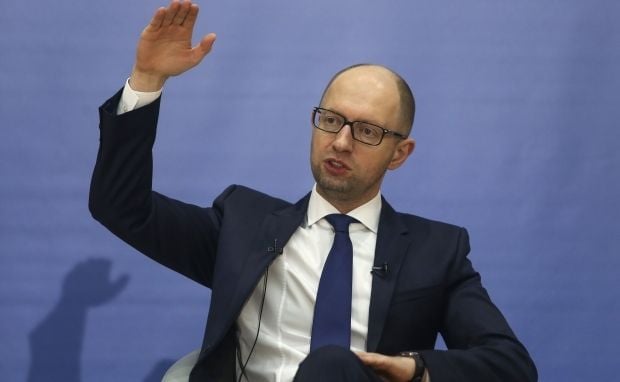 Ukrainian Prime Minister Arseniy Yatseniuk doesn't rule out that the forecasts of the forex rate of the hryvnia against the U.S. dollar and inflation, which were used by the government when drafting amendments to the national budget for 2015, will be reviewed, as the figures are "quite optimistic."

"The forex rate set at UAH 21.7 per U.S. dollar and inflation projected at 26% are the base-case scenario," Ukrainian Premier Arseniy Yatseniuk said in an interview with major TV channels.

These optimistic forecasts are likely to be reviewed, he added.

As UNIAN reported earlier, amendments to the national budget for 2015 foresee the forest rate at UAH 21.7 per U.S. dollar, while inflation is projected at up to 26%.