Bloomberg: Ukraine ranked 4th among ‘most miserable’ economies in the world 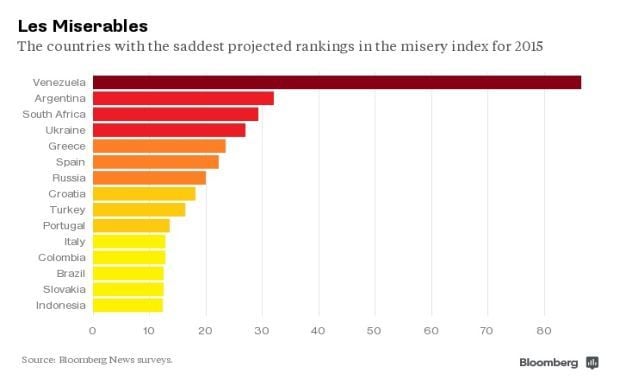 According to the agency, the most "miserable" country in terms of economic performance, by a large margin, is Venezuela, followed by Argentina, South Africa, Ukraine and Greece.

As noted in the agency, Ukrainian economy is suffering the most from the war raging in the east of the country and strained relations with Russia. According to official data, last year inflation in Ukraine was 24.9%, while Bloomberg calculations were based on an inflation rate of 17.5% and an unemployment rate of 9.5%.

Russia placed seventh, just after Spain, according to the Bloomberg rating.