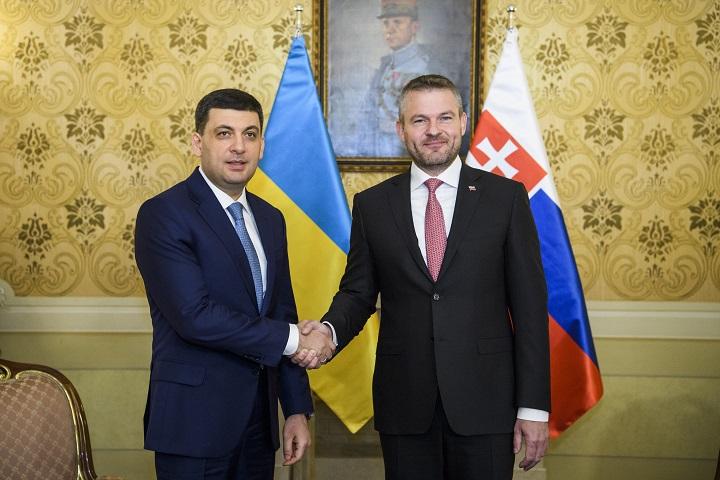 Groysman confirms Ukraine wants to set up a consortium to reconstruct gas infrastructure / Photo from kmu.gov.ua

Slovak Prime Minister Peter Pellegrini has announced his country and its companies could become part of a consortium that will reconstruct Ukraine's gas transportation system.

"Together with Ukraine, Slovakia wants to continue to participate in the gas transit from east to west, and I'm very pleased that Prime Minister [Volodymyr] Groysman has confirmed that Ukraine wants to create a consortium in which it wants to reconstruct gas infrastructure," Pellegrini said in Bratislava on April 16 after a meeting with his Ukrainian counterpart, according to the Slovak news agency TASR.

Slovakia thus wants to ensure that the lower quality of the Ukrainian infrastructure cannot be used as an argument for it to be left out and replaced, for example, by the Nord Stream 2 project, which is rejected by both prime ministers.

The Slovak prime minister also says it is important to him that Ukraine has been developing and that the standard of living of its citizens improves. According to him, this also contributes to the development of eastern Slovakia.

The Ukrainian prime minister in turn described the bilateral talks as "productive and very concrete." "We can deepen our cooperation, including boosting bilateral trade," he said, adding that it is currently growing and is estimated at $1.4 billion now, but its potential is higher.

If you see a spelling error on our site, select it and press Ctrl+Enter
Tags:GroysmanGTSSlovakia