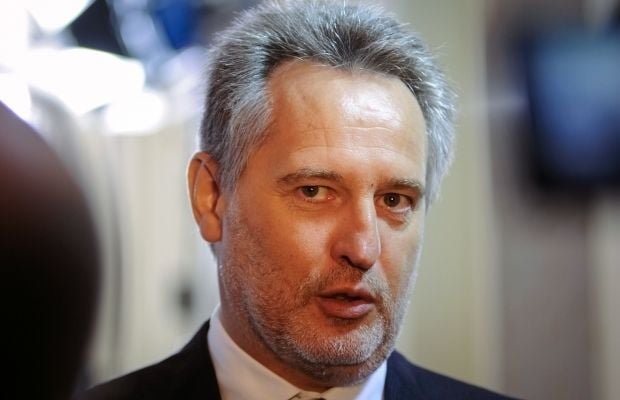 Firtash was detained by police in the Austrian capital at the request of the U.S. Federal Bureau of Investigation (FBI) and placed in a detention center on March 12, 2014.

A day later, the court set bail of EUR 125 million for the Ukrainian oligarch.

The amount was based on Firtash's financial position and the severity of his alleged crimes. On March 21, Firtash was released and placed under house arrest until a decision on his extradition to the United States was made. The requested bail amount of EUR 125 million was received from accounts in Russia.

As reported earlier, a warrant for Firtash’s arrest was issued by the District Court of the U.S. state of Illinois in summer 2013. He was accused of bribing Indian officials to obtain permits for the development of titanium deposits in India.

According to investigators, Firtash had talks with Indian officials and bribed them in exchange for a preferential approach when granting permits.

Also, according to an investigation carried out by journalists at Reuters, Firtash is said to have managed to purchase over 20 billion cubic meters of gas at a discounted price and get a loan of $11 billion, which was facilitated by Russian President Vladimir Putin.

Moreover, Firtash was purchasing gas from Gazprom at a price of $249 per 1000 cubic meters, while the price that the national state-owned enterprise Naftogaz Ukrainy had to pay was $412.